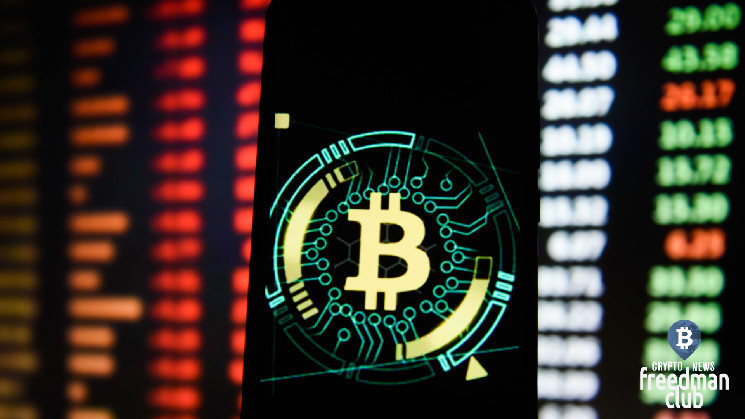 Bitcoin starts the week up 2.5% and tops $23,500. The capitalization of the cryptocurrency market exceeded 1.1 trillion US dollars, while the share of Bitcoin decreased to 40.4%. 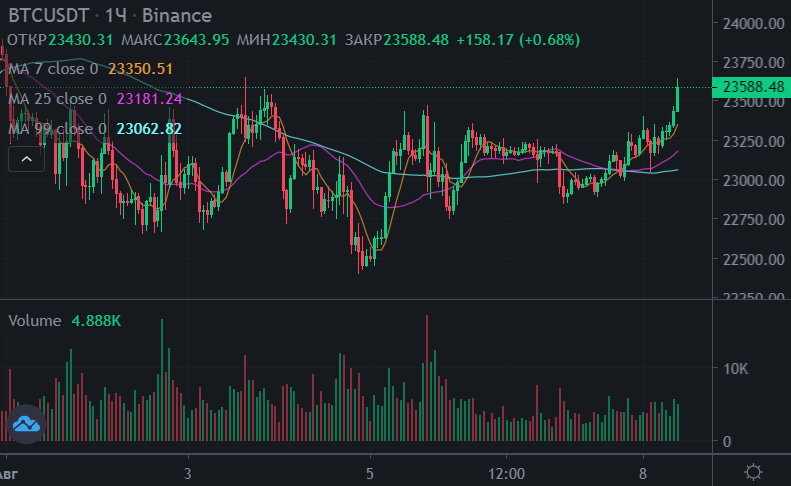 Bitcoin and Ethereum are trading higher even as S&P500 and Nasdaq futures are down 0.2% and 0.3% respectively.

On Friday, data from the US Department of Labor showed nonfarm payrolls rose by 528,000 in July against an expected increase of 250,000, Reuters reported.

As a result, expectations arose that the US Federal Reserve would maintain its hawkish rate, and 10-year Treasuries jumped 11.2 basis points to 2.788%.

“If we were still in crypto winter, the typical Bitcoin reaction would have led to a sharper drop than what happened to US stocks,” Moya wrote in a note.

Moya’s OANDA colleague Craig Erlam said that Bitcoin continues to trade around the $23,000 mark, and “a break above $25,000 will be the next big test on the path to growth.” 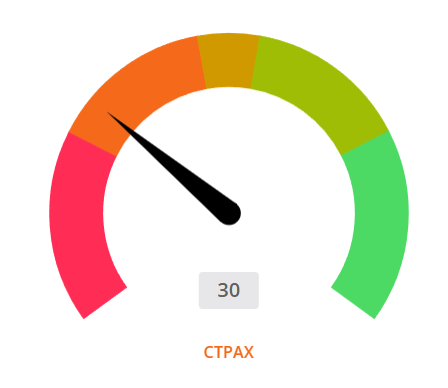 Long-term Bitcoin holders continue to spend the coins at a net loss that ranges from -11% to -61% on average, according to a weekly Glassnode blog post.

“The recent rally has given long-term holders the opportunity to sell some of their holdings at cost, at prices that will essentially “get their money back,” Glassnode. 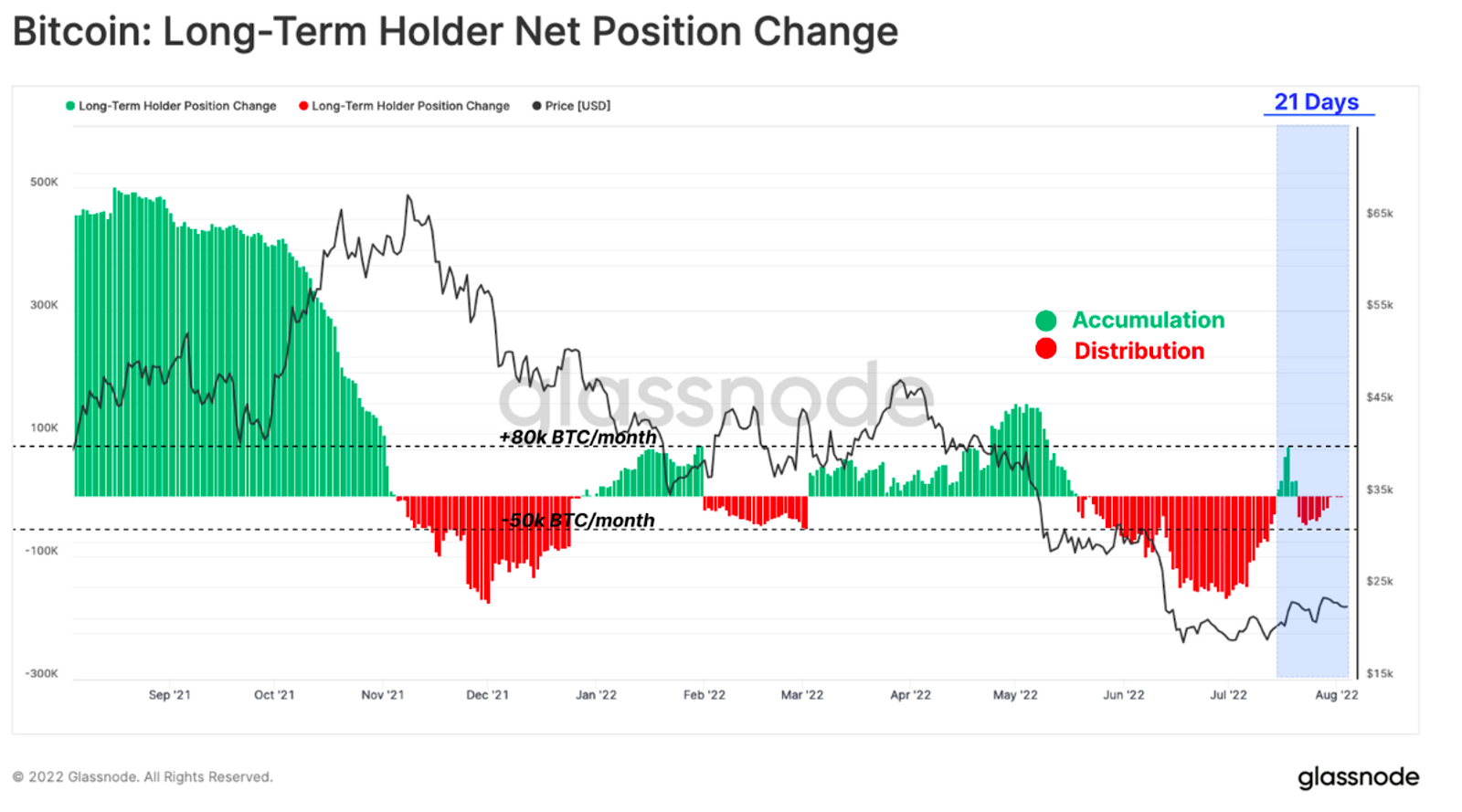 Behavioral terms such as “moon” and “lambo” are used sarcastically by investors during market downturns, but they often mark moments when Bitcoin is about to rise, according to the network and financial analysis platform Santiment on Twitter.

“During the fall of #crypto in 2022, the crowd sarcastically called for #moon and #lambo whenever prices fell again. However, the true irony is that bursts of these words actually often mark moments when BTC is about to rise. https://t.co/uaAdc7uMAO pic.twitter.com/RGh3cAAl6a,” Santiment tweeted (@santimentfeed) on August 5, 2022. 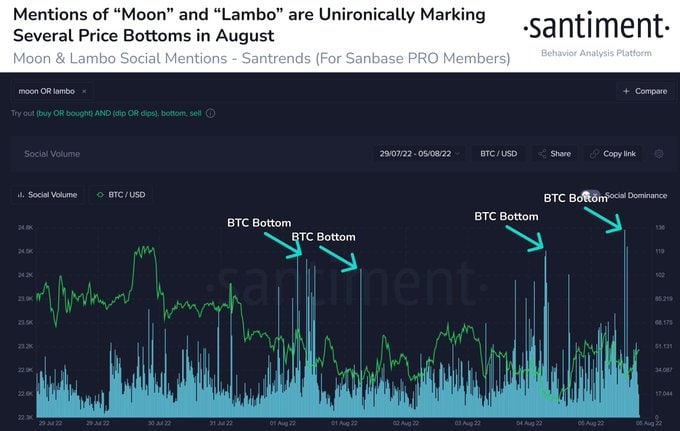 Glassnode notes that investors do not sell their coins regardless of the price of Bitcoin. The number of Bitcoins remaining immobile for at least the last 5 years has reached a new all-time high. 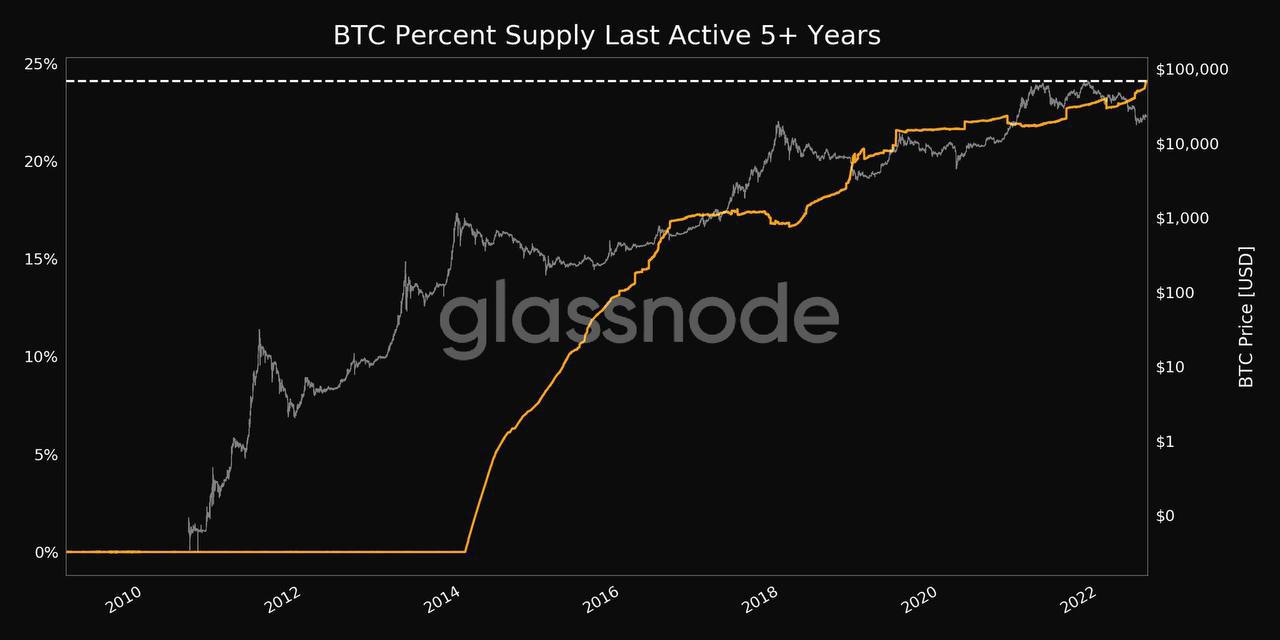 Investors and traders are looking for patterns in Bitcoin’s past movements. 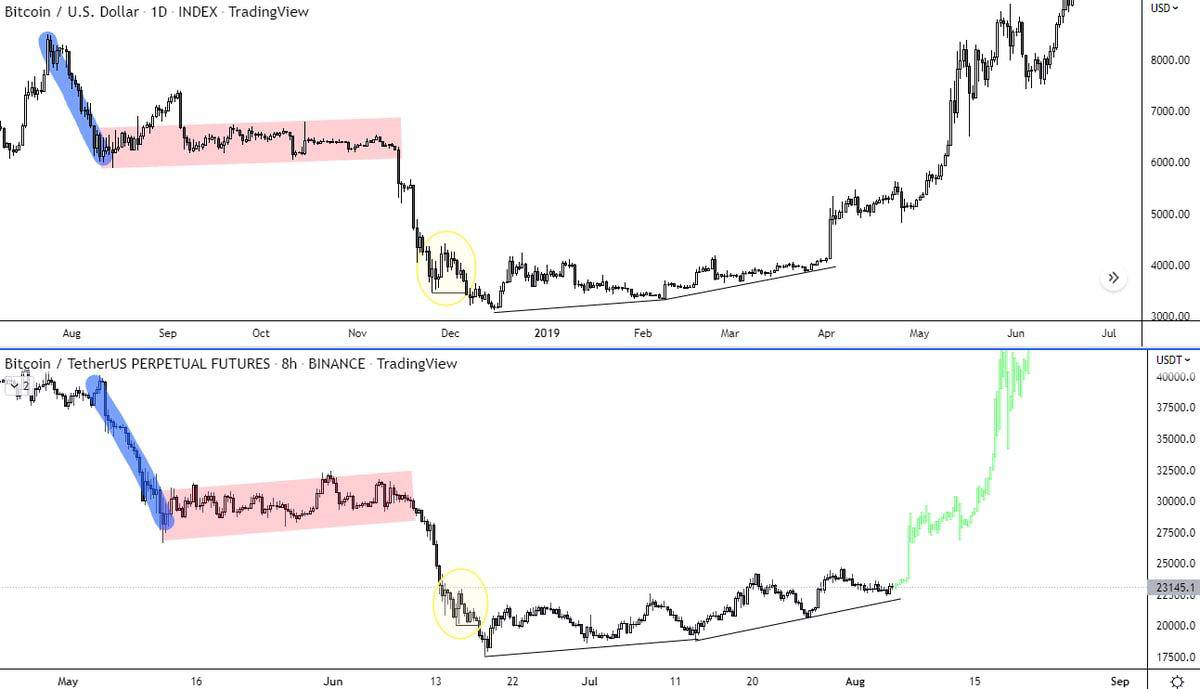 Bloomberg analysts point out that Bitcoin is trading at an “extreme discount.” 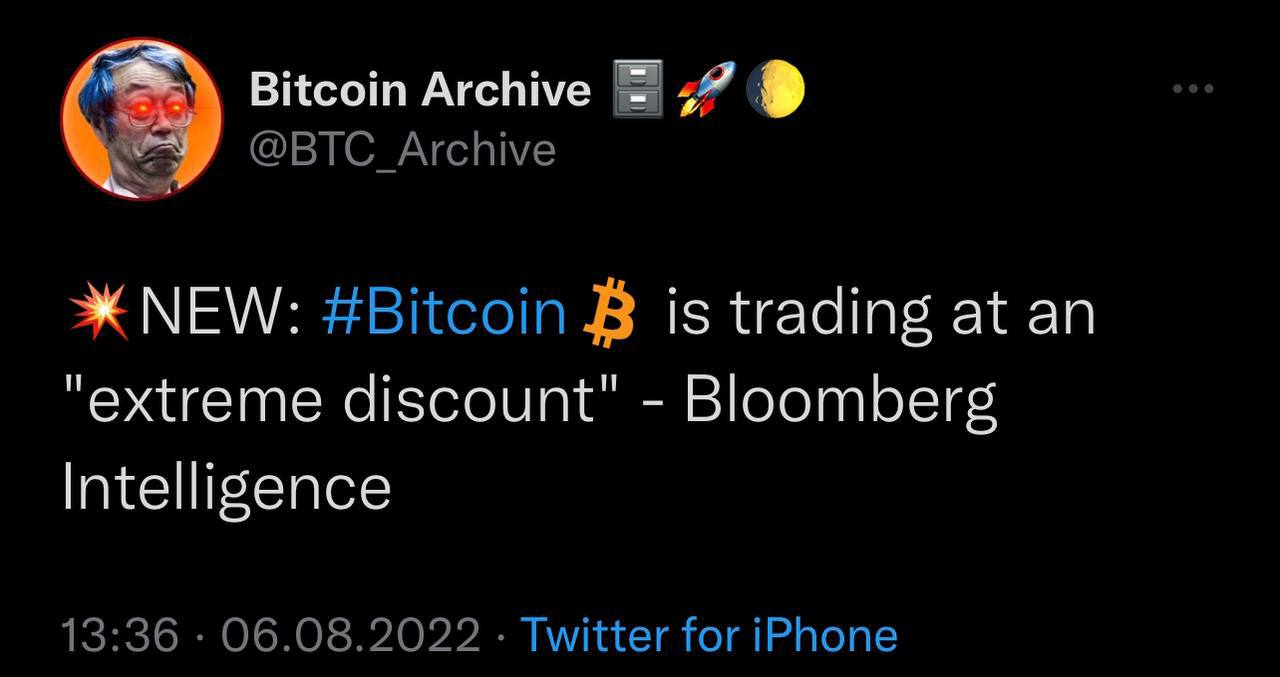 Glassnode reports the 4th signal in 11 years where the ROC(Annual) indicator peaks over 0.1. According to statistics, growth always follows. The Rate of Change (ROC) indicator measures the percentage change in the price of an asset between two time periods. It shows the change in the current price compared to the price for a certain number of periods in the past. 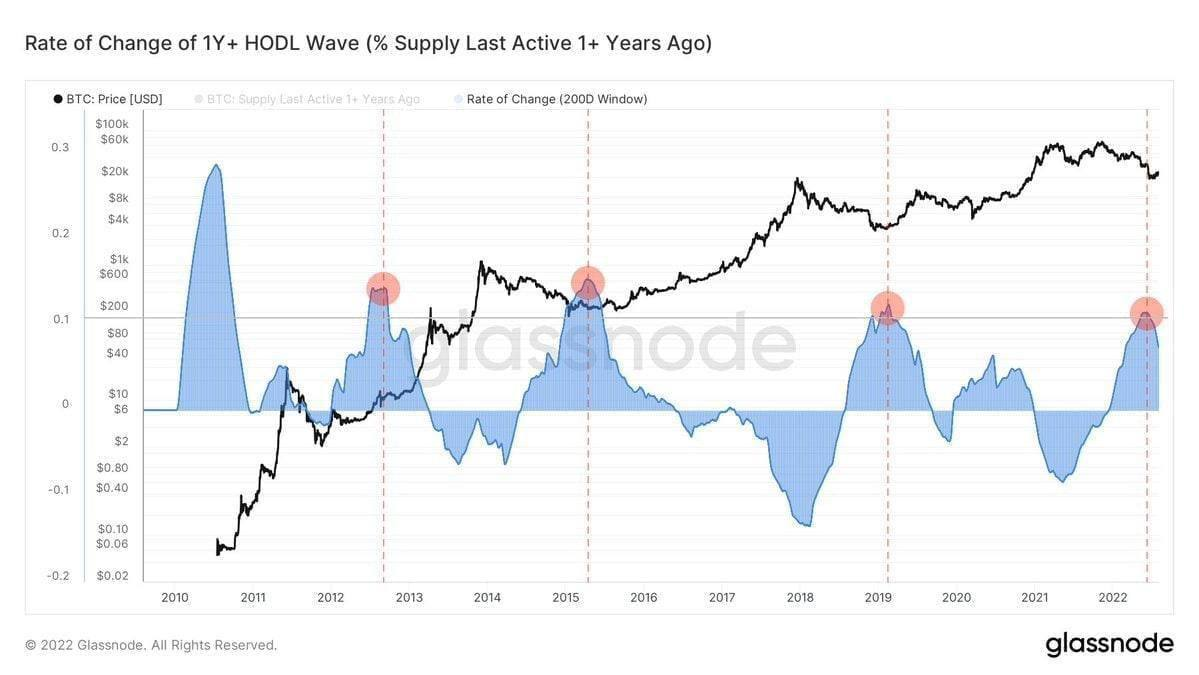 After the announcement of the BlackRock and Coinbase partnership, Coinbase shares rose by 50%, while Bitcoin fell. But it’s worth noting that BlackRock is not buying Coinbase or its shares.

BlackRock, the world’s largest asset manager, is entering the cryptocurrency market. And he does this not because his top managers decided so, but because there is a demand for it from his clients. BlackRock clients are the largest fund managers in the world. Based on the fact that BlackRock mainly offers its customers Bitcoin and Ethereum, their demand is concentrated in these two coins. Thus, it can be stated that the clients of the largest fund are ready to buy the two largest cryptocurrencies.

Once again, we note that at the announcement of the deal with Coinbase, its shares rose, but not Bitcoin.

GlobalBlock notes that the passage of a bill in the US that would give the CFTC control over BTC and ETH would mean those coins would be classified as “commodities” by US regulators. This, in turn, will remove the uncertainty for institutions about their regulation, and this, in turn, will provide an influx of many billions of dollars in BTC and ETH.

Santiment notes that users are showing increased interest in Monero after the 41% rally. 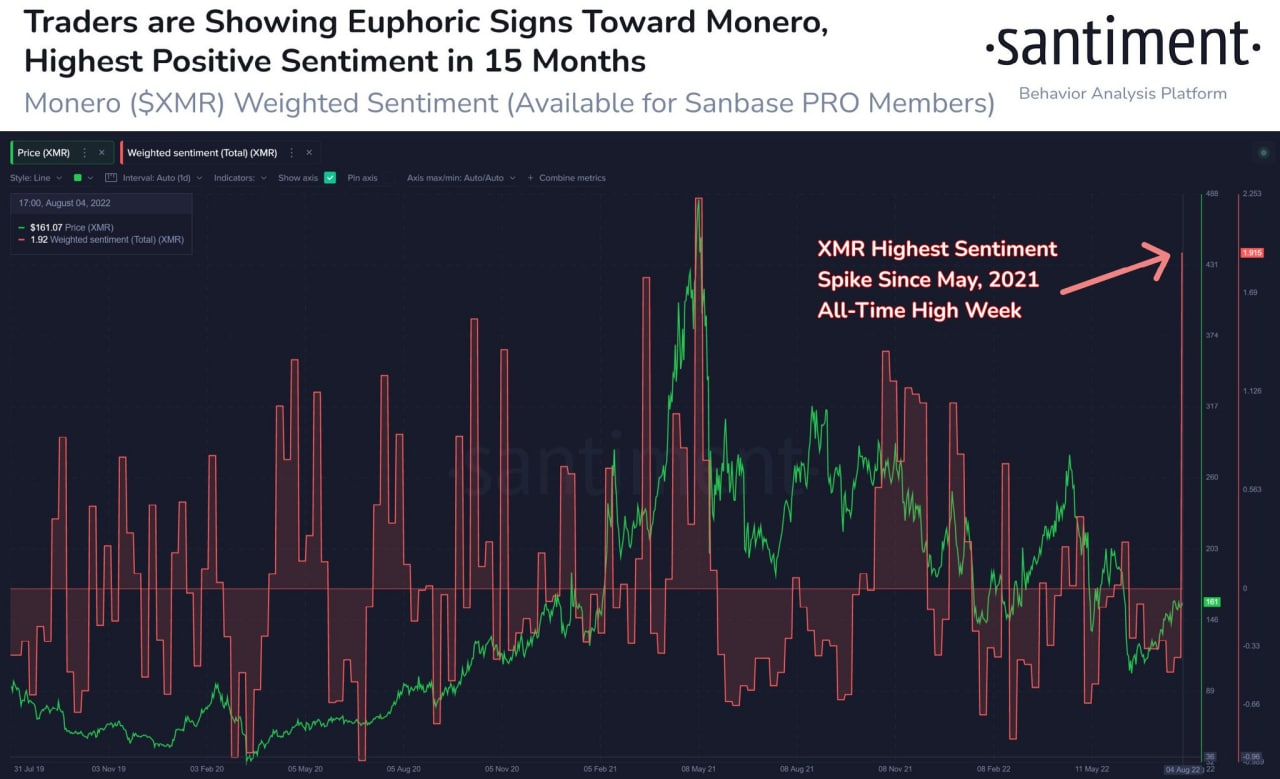 Santiment indicates that wallets with a balance of 10k – 10m ADA have been actively accumulating the coin since July 27th. 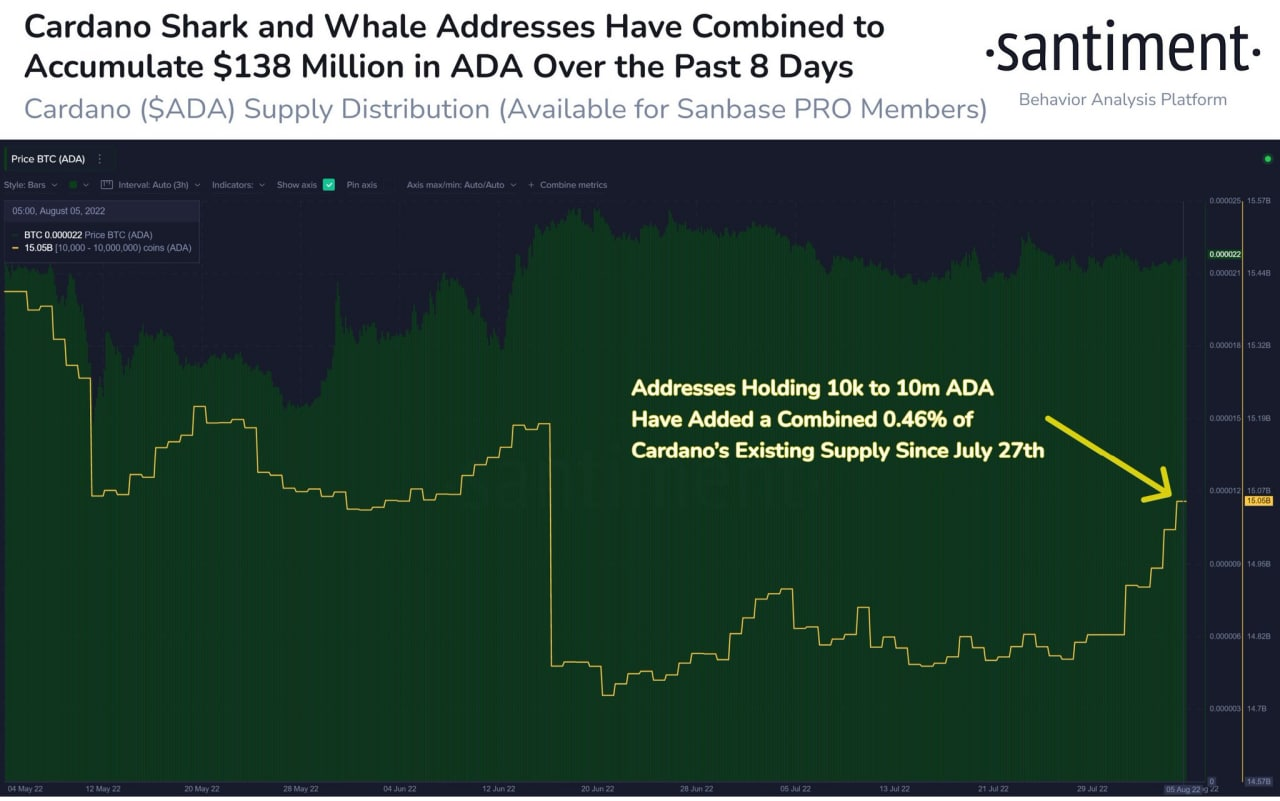