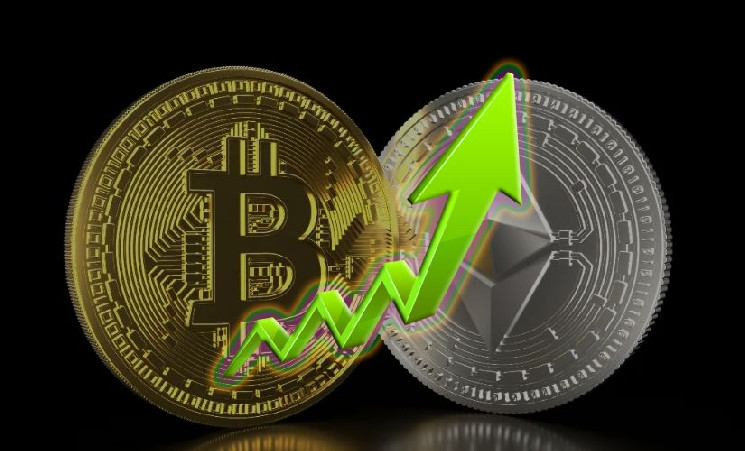 Bitcoin and Ethereum became more expensive by 5% per day

Cryptocurrency market analysts said: the capitalization of the entire industry grew by more than 4% over the past day and reached $1.13 trillion. Leading digital currencies such as Bitcoin (BTC) and Ethereum (ETH) have added significantly in value over the past 24 hours. The flagship virtual asset bitcoin has risen in price by 4.66% to the price, and ethereum by 5.14%.

The price of BTC hit $24,059, breaking through an important resistance level at $24,000. As a result, the market capitalization of the virtual asset reached $459.77 billion, and daily trading volumes amounted to $22.36 billion.

Among the cryptocurrencies from the top 10 rating, Polkadot (DOT) had the best result in terms of profitability. This digital asset was trading at $9.36, which is 10.32% higher than the same indicator a day ago. The market capitalization reached $10.3 billion and the daily trading volume reached $524.16 million.

As for cryptocurrencies from the second ten, Avalanche (AVAX) showed the highest profitability. The rate of the native token of this blockchain has increased in price even more significantly than DOT. The AVAX digital currency gained 12.73% to reach a value of $29.64, while the total market supply was $8.42 billion with daily trading volumes of $984.47 million.

Earlier, the Crypto.ru editors reported on the top five most profitable cryptocurrencies in 7 days as of August 8, 2022. The best result for the reporting period was recorded by Flow, Decred, Quant, Trust Wallet Token and Optimism.