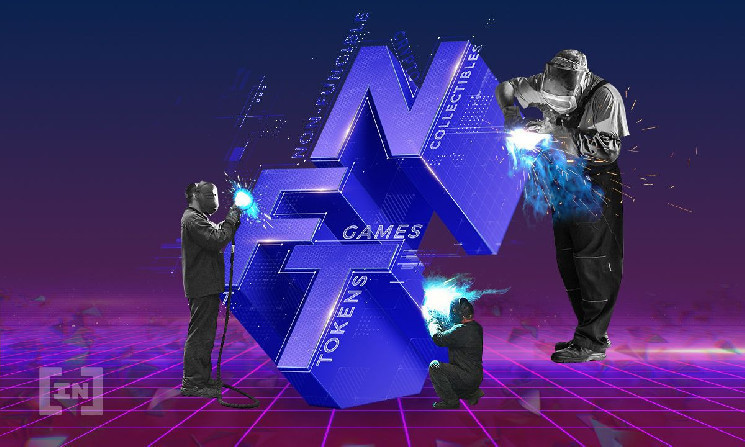 OpenSea is one step away from the NFT marketplace war

The dominance of the OpenSea NFT marketplace in terms of trading volume is declining as more and more competitors emerge. This was reported by DappRadar analysts in their report. Since January, trading volumes on OpenSea have been falling rapidly. If at the beginning of the year the trading volume on the platform was about $5 billion, then by the end of July, a little less than $500 million was traded on OpenSea. 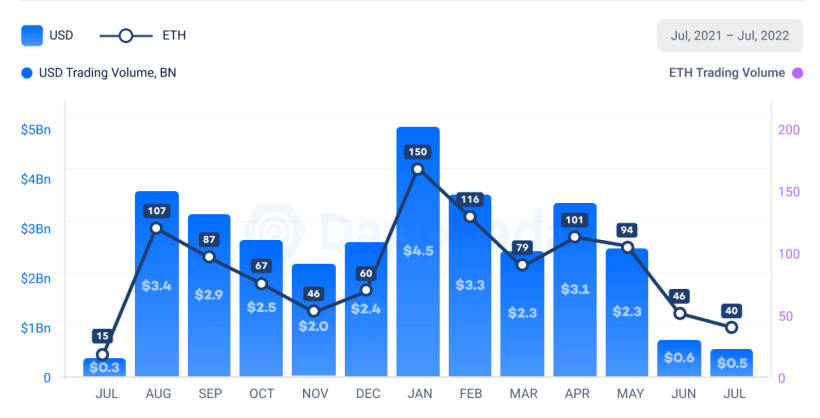 As you can see in the chart above, the trading volume is falling to the levels of July 2021, that is, even before the hype around non-fungible tokens. A potential war of NFT marketplaces is also signaled by the rapid decline in the market share of OpenSea.

If in May the dominance of OpenSea was 84%, then in July the figure fell to 58.6%. According to DappRadar, competitors X2Y2 and Magic Eden played a key role in this fall.

Moreover, OpenSea cannot fill new niches in the form of ecosystems. For example, Magic Eden remains the premier Solana-based NFT trading platform with a 90% dominance rate. However, it remains unclear whether the marketplace will be able to maintain its position given the recent scandal involving the hacking of over 7,000 wallets. 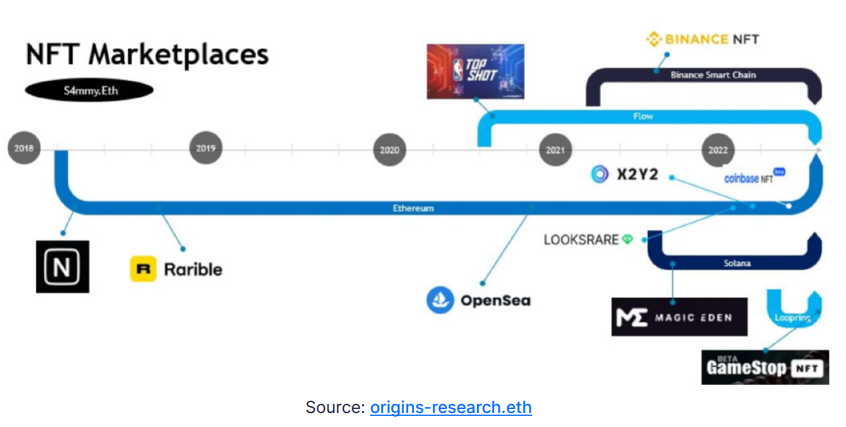 Also, completely new players like the GameStop NFT marketplace and the trading platform from Nickelodeon are rapidly gaining market share. Moreover, the excitement around GameStop NFT turned out to be so strong that in the first week the trading volumes of the marketplace overtook the indicators on Coinbase NFT. As new sites appear, competition in the NFT market will only increase, but the final result should not be expected before the end of the bearish trend, according to DappRadar.