on-chain indicators indicated the passage of the bitcoin capitulation period

Some on-chain data in July signaled the end of the capitulation period and an improvement in investor sentiment. This is stated in the ForkLog analytical report.

Despite the decline in the price of the first cryptocurrency, the number of addresses with a balance of 1 BTC or more is growing steadily (+9.4% since the beginning of the year). 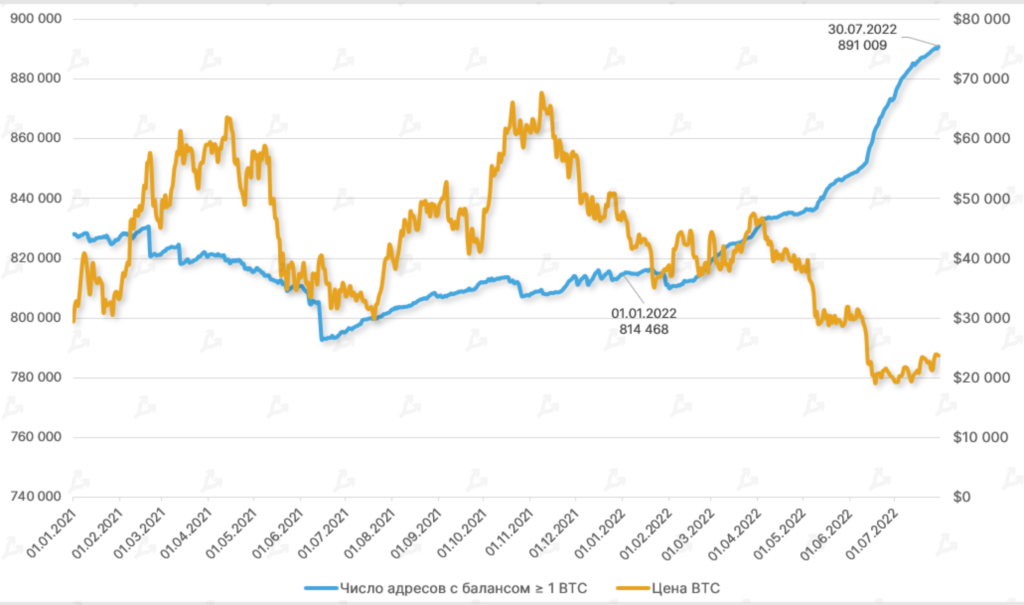 The number of addresses with a balance of more than 1 BTC. Data: Glassnode.

At the end of July, the indicator hit an all-time high of 891,009. Its growth indicates a desire for accumulation among retail investors, as well as a possible increase in the number of market participants.

Even more pronounced is the situation with addresses in the “≥ 1 ETH” category, the number of which has grown by 15.7% since the beginning of the year. 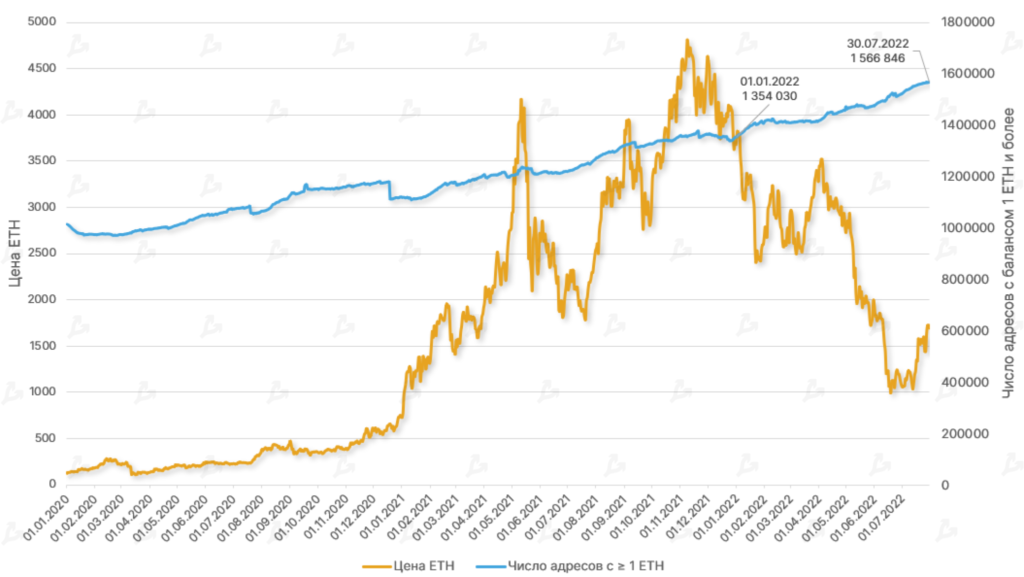 The number of addresses with a balance of more than 1 ETH. Data: Glassnode.

Against the backdrop of consolidation and the subsequent smooth recovery of the price of bitcoin, the Puell Multiple indicator began to leave the “green zone”, which means deep oversold.

Dynamics of the Puell Multiple indicator. Data: Look Into Bitcoin.

The Net Unrealized Profit/Loss (NUPL) metric also signals the passing of the capitulation period and improving investor sentiment. The indicator moved into the “hope/fear” zone, heading towards “optimism”.

Dynamics of the NUPL indicator. Data: Look Into Bitcoin.

On July 28, the MVRV Z-Score indicator crossed the upper boundary of the deep oversold zone at 0.1. This is another signal about the passage of the “bottom” of the market cycle.

Dynamics of the MVRV Z-Score indicator. Data: Look Into Bitcoin.

Recall that in early August, Bank of America analysts reported that an increase in the outflow of cryptocurrencies from exchanges and an increase in net inflows into stablecoins signal a bullish market momentum.

Earlier, CoinShares Chief Strategy Officer Meltem Demirors predicted that Bitcoin would reach a new all-time high in the next 24 months.