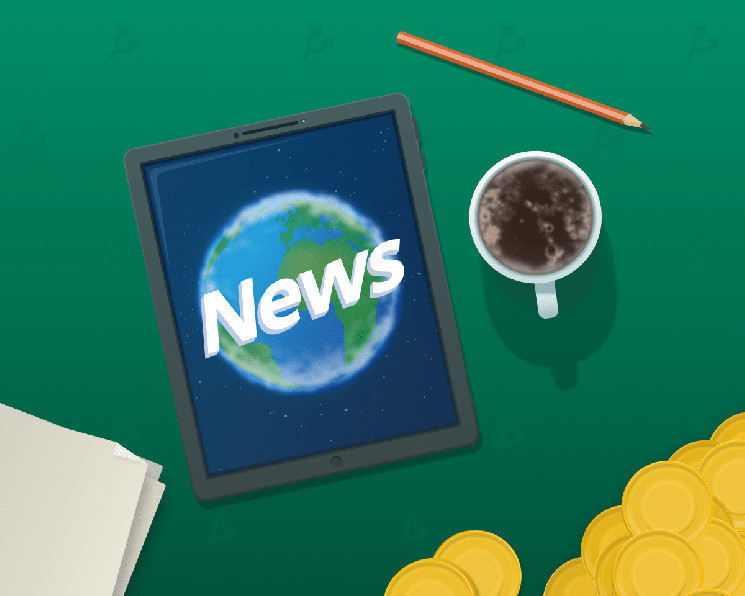 hackers hack Solana wallets, and Michael Saylor steps down as CEO of MicroStrategy

Bitcoin closed the week at $23,000, hackers hacked about 8,000 Solana-based wallets, Michael Saylor will leave the post of CEO of MicroStrategy and other events of the outgoing week.

The first cryptocurrency ends the week at $23,200, having lost 1.7% over this period. The capitalization of the asset amounted to $444 billion. The second largest cryptocurrency by capitalization is trading above $1,700. Capitalization of Ethereum — $206 billion. 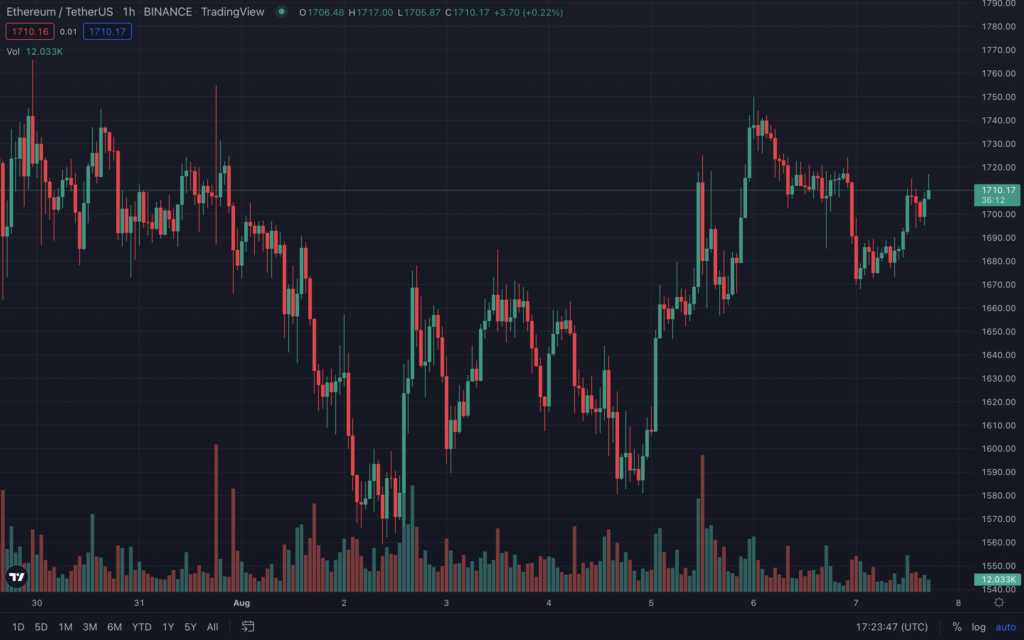 Most of the top 10 digital assets by capitalization closed the week in the green zone. BNB showed the best dynamics – its price increased by almost 13%. Solana and XRP lost 6.9% and 3.1% respectively. 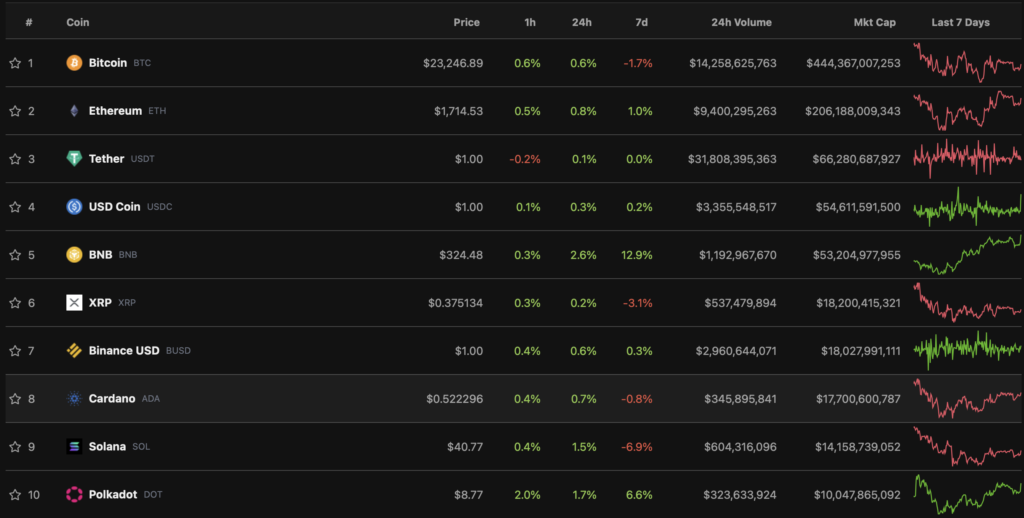 Analysts at Arcane Research predicted Bitcoin to rise to $27,000 if the asset holds the $20,700 level. According to their estimates, a series of rising local lows has been forming since July.

Asset manager Ark Invest believes that the quotes of the first cryptocurrency can grow by 240% from current levels if it manages to gain a foothold above the 200-week moving average.

Hackers hacked about 8,000 Solana-based wallets and withdrew millions of dollars

Unknown persons gained access to the funds of the owners of ~8000 Solana-based wallets, stealing millions of dollars. The attack affected Trust Wallet, Phantom and Slope wallets. Analysts differed in the assessment of losses (from $5 to $8 million).

An investigation by Solana developers and analytics firms revealed that the Slope wallet was not secure enough to lead to the attack. The project stored user seed phrases on a centralized server in unencrypted form. Users were encouraged to transfer assets to third-party wallets.

Days later, the developers of the NEAR protocol called for a passphrase update for NEAR Wallet users, citing a similar vulnerability that had been resolved in June.

The US Securities and Exchange Commission accused eleven people of creating and promoting the Forsage cryptocurrency pyramid, which raised more than $300 million from investors from around the world.

Among the defendants are four Forsage founders who lived in Russia, Georgia and Indonesia, as well as several US residents who promoted a fraudulent scheme on the network.

Hackers withdrew about $200 million from the Nomad cross-chain protocol

On August 2, the Nomad cross-chain protocol was subjected to a hacker attack, as a result of which the attackers withdrew crypto assets worth about $200 million. Its nature allowed everyone to copy the hacker’s transaction and change the address for receiving funds to their own. Thus, both ordinary users and “white hat hackers” removed the cryptocurrency from the protocol.

By August 5, users returned $22 million (11% of stolen assets) to the Nomad storage address published after the attack. More than 50% of the funds remain immobile in the wallets of hackers – they were offered a reward for the return of stolen assets.

Chainalysis estimates that the damage from hacks of cross-chain protocols since the beginning of the year amounted to $2 billion.

Michael Saylor to step down as CEO of MicroStrategy

MicroStrategy announced a change in leadership with Michael Saylor as Executive Chairman and Fong Le as CEO.

Sailor will also remain head of the board of directors. As executive chairman, he will reportedly focus on “innovation and long-term corporate strategy,” which includes buying and holding bitcoin.

What to discuss with friends?

Binance disclosed financial losses due to the introduction of KYC procedures, and then denied the information

Cryptocurrency exchange Binance lost “about 90% of its customers and billions of dollars of revenue” due to the introduction of KYC verification. This was stated in an interview with CoinDesk by representatives of the exchange’s compliance team.

After the release of an interview with platform CEO Changpeng Zhao, he said that the information was not true.

What about troubled companies?

Vauld secured temporary protection from creditors. The Singapore High Court granted the crypto lending platform a moratorium on proceedings until November 7, 2022, instead of the requested six months.

The US Bankruptcy Court has approved Voyager Digital’s proposal to unfreeze a $270 million crypto-broker’s deposit with Metropolitan Commercial Bank. The company reported that it had received 88 business buyout offers. Negotiations are underway with 22 interested investors. At the same time, the previously put forward offer of the FTX exchange is the “worst”.

At the same time, the fintech company Revolut announced its intention to expand the staff of the cryptocurrency division by 20%.

Cryptocurrency exchange Poloniex will support a potential Ethereum fork on the Proof-of-Work (PoW) algorithm after the merger of the main network with Beacon Chain, which is scheduled for September 2022.

At the same time, the issuer of the FRAX algorithmic stablecoin, Frax Finance, proposed abandoning PoW-based Ethereum forks and moving assets in DAO-managed ETH to the PoS version of Ethereum.

Traders can go long and short on 22 currency pairs and trade with up to 50x leverage.

FX contracts are traded around the clock. At the weekend, the contract price fluctuates around the market closing quotes on Friday.

What else to read?

We figured out the prospects for the growth of the price of Ethereum Classic (ETC) after the transition of Ethereum to the Proof-of-Stake consensus algorithm during The Merge update and the subsequent migration of miners.

The world after The Merge: whether to wait for the rise in the price of Ethereum Classic

This week, we also released a traditional report on the dynamics of key indicators of the crypto industry in July and a special project on nodes. The latter explained how cryptocurrency hosting providers work and how to run your own Ethereum 2.0 validator node.

Traditional digests collected the main events of the week in the fields of cybersecurity and artificial intelligence.