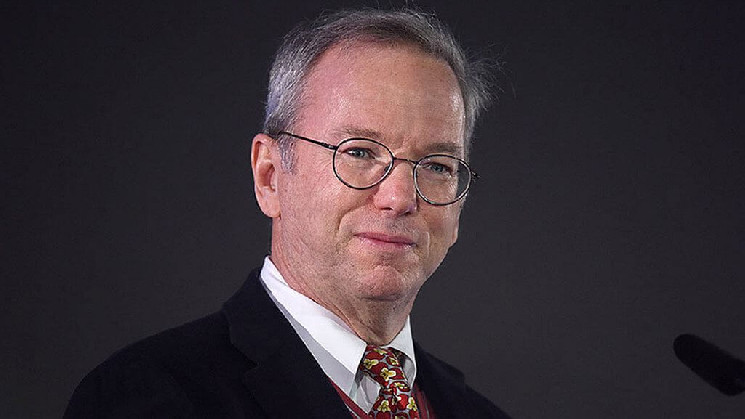 Speaking at the Computer History Museum in 2014, Schmidt noted that blockchain technology is important, while he expressed doubts about the use of BTC as a currency.

In the future, bitcoin’s technological adjustments could enable growth in the number of businesses, he said. Schmidt spoke in this way at a time when bitcoin was not yet widely recognized in the world, and his position should be seen as a recognition of the good prospects of cryptocurrency.

Bitcoin is a remarkable cryptographic achievement,” he said. “The ability to create something that cannot be replicated in the digital world is of great value…

The architecture of bitcoin, the ability to have these registries that cannot be replicated, is an amazing achievement. Many people will build on this business.

This opinion of Schmidt is consistent with his recent speech about the interest in Web3:

New model [интернета]where you as an individual can control your identity and where you don’t have a centralized manager is very effective. It’s very seductive and very decentralized.

The former Alphabet technical consultant confirmed that his interest in Web3 is related to tokenomics, a system that influences the specific characteristics of the supply and demand of digital currencies.

Interestingly, in 2021, the top manager joined the Chainlink team as a strategy advisor. He is also the co-author of The Age of AI, which explores the future of the tech sector.

Interestingly, Schmidt is critical of existing blockchains, noting that most of them are focused on preventing attacks on them, which he considers a waste of time.

WSJ names worth $68 billion Tether controlled by the “unusual” four