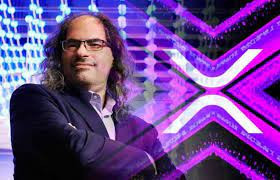 David Schwartz points out the superiority of XRP over XLM

While the cryptocurrency market does not indulge investors with events over the weekend, the fun this August Saturday is brought by Ripple’s CTO and proclaimed architect of the entire project infrastructure, David Schwartz.

This time, he was not indifferent to the tweet of @Lee_Saenz_, who showed his new license plates that read “Connecticut’s “XRP • XLM”, where in the comments Schwartz replied that the dot separating both tickers should have been replaced with “> “.

This funny case is just an echo of the confrontation between Ripple and one of the creators of the XRP Ledger, Jed McCaleb.

Who is really more?

However, there is some truth in every joke, and if you measure the Schwartz equation by market cap, it turns out that XRP Ripple is indeed “bigger” than Jed McCaleb’s Stellar.

For example, Ripple is six times larger than its competitor, according to CoinMarketCap’s market capitalization estimate, with a company size of $18 billion versus Stellar’s $3.11 billion. At the same time, it would be unfair to cover this without a little nod to Stellar, especially given the company’s quite positive Q2 2022 report.

In addition, we do not forget that the previously loudly publicized partnership between Ripple and MoneyGram was broken due to a lawsuit that has been going on for more than a year and a half, and it was Stellar that became the replacement.