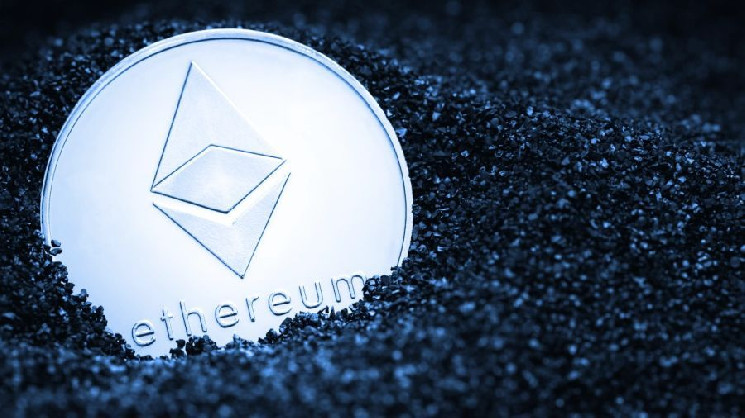 what should ether miners do after switching to PoS

Ethereum’s transition to PoS consensus could happen as early as September 19th. It’s time for miners to choose a new path.

In July, one of the developers of Ethereum 2.0, Tim Beiko, named September 19 as the likely date for the transition of the Ethereum main network to the Proof-of-Stake consensus, which will mark the end of the era of mining in the second blockchain by capitalization. Before that, in August, the transition of the third Goerli testnet in turn will take place.

This transition has been postponed several times over the past five years and may be postponed again. But you should not count on its cancellation – too much effort and money has been invested in the development of a new version, and many expectations are associated with it. Therefore, we can say with almost complete certainty that before the end of the year, ethash miners will have to look for new ways to earn money.

As expected, at the crossroads of three roads, the hero stands a stone, on which the dangers of choosing each path are written. For ETH miners, three main paths are currently being viewed (although there are others that are less obvious):

We will not consider the opportunity to sell equipment, buy ETH and become a staker within the framework of this article – after all, this is not a choice for a real miner.

Ethereum can be mined on ASIC or video cards (GPU). At the same time, both ordinary game cards and special ones that do not have video outputs for connecting monitors are involved in mining. How do these types of equipment differ from the point of view of further use?

Thus, the decision of a particular miner is largely tied to the type of equipment that he has.

A few days ago, major Chinese miner Chandler Go announced that the chain will remain on Pooof-of-Work after the Ethereum mainnet transitioned to PoS consensus. In fact, it will keep the current state of the blockchain, except for the removal of the “complexity bomb” and cosmetic improvements. The project was tentatively named ETHPoW.

In addition, for more than six years, there has been an earlier fork of Ethereum – Ethereum Classic, which also retained the earlier state of the blockchain, while Vitalik Buterin’s team carried out a hard fork with a “rollback” of TheDAO token theft.

Now briefly about the pros and cons of each of them.

Ethereum Classic has been around since 2016 and has an established community of developers and users. ETC mining brings a fairly high profitability with a low network hashrate, that is, the blockchain still has a margin of safety for the arrival of new miners.

On the other hand, the developers of large DeFi projects have long abandoned Ethereum Classic. Its community is mostly limited to miners and speculators. In addition, due to the weak hashrate, this blockchain was repeatedly subjected to 51% attacks due to leased capacities. The arrival of miners from the “big Ethereum” can solve the problem.

ETHPoW still exists only in words, but with a high probability, the preservation of the chain on PoW will be implemented, if not by Chandler Goh, then by other miners. The new old blockchain will have to start from scratch – look for developers, negotiate listings with exchanges and other services to support the coin, prove its viability to investors, and so on.

But we should not forget that ETHPoW will actually inherit the entire current Ethereum infrastructure, which Ethereum Classic cannot boast of. All existing ETH and all already issued ERC20, NFT and other tokens will not disappear from the old blockchain. They will also “fork”, as happens with all hard forks. This is where a large-scale “battle for tokens” will unfold, but this is a topic for another article.

The main question is whether another “fork” will be beneficial for miners. On the one hand, two coins separately can cost more and, accordingly, bring more profit than one. On the other hand, and so few users will “spread out” on two almost identical blockchains. And to support two networks, two development teams will be required. Decoupling can weaken both projects.

Thus, ETC and ETHPoW are potentially direct competitors with each other, and not with Ethereum 2.0, which has gone to PoS. They will have to fight for a place in the sun for every miner, investor and for every project that wants to switch to these blockchains or stay on them.

Now some numbers. Let’s take the performance of an average video card based on the ethash algorithm as 30 Mh/s. The profitability of such a video card on ETH mining, excluding electricity, is about $0.72.

Ethereum’s current hashrate is around 1 Ph/s (petahash per second), or 1 billion megahash per second, and hasn’t changed much since the beginning of the year. Thus, more than 33 million video cards are potentially working on Ethereum mining. Given the rather few ASICs that have already been phased out, the real number could be 20-25 million GPUs.

The hashrate of Ethereum Classic today is about 26 Th/s (26 million Mh/s). That is, it is almost 40 times smaller than that of Ethereum. Approximately 1.15 million “mid-range graphics cards” are running on this blockchain. The yield of one card before paying the electricity bill is approximately $0.77 per day.

If at least half of the Ethereum miners switch to ETC, its hashrate will increase by 20 times, which will make it almost invulnerable to 51% attacks. But miners will have to pay for this with a corresponding 20-fold drop in profitability. The average video card will bring a miserable 4 cents per day. And to feed a video card with round-the-clock work, in most Russian regions it takes 20-30 cents. Such mining will become deeply unprofitable for everyone except the lucky ones with a free outlet.

All of the above calculations are valid for ETHPoW with one exception. The potential price of this coin and, accordingly, the profitability of mining, has not yet been determined by the market.

Is it possible to mine everything on video cards?

Technically, it is possible to mine on video cards on any hashing algorithm, that is, any cryptocurrency with a PoW consensus. However, almost all popular algorithms are already firmly occupied by ASICs. There are several algorithms for potential migration of miners from Ethereum. These are, for example, KawPow (Ravencoin), ProgPowSERO (Super Zero), Equihash (Zcash forks), etc.

These markets are so small that they do not attract ASIC miners. But this means that their capacity for large-scale migration of GPU miners is also very small. For example, the comparable hashrate of Ravencoin is five times lower than that of Ethereum Classic, that is, it runs only 200-300 thousand average video cards, or approximately 1% of the Ethereum hashrate.

On other alternative algorithms, the situation is no better. All alternative algorithms taken together are capable of absorbing no more than 2-3% of the current Ethereum hashrate. In fact, this means that Ethereum miners really have nowhere to run if they are not ready to put up with at least a 20-fold drop in profitability and a long wait for an increase in the price of coins that may never take place.

Unfortunately, from all the above calculations, the conclusion is almost unambiguous. If we have a long crypto winter ahead of us without another explosive growth of all cryptocurrencies, it will become even colder for miners. Neither the already existing Asik-free PoW blockchains, nor even the potential preservation of Ethereum 1.x without Vitalik’s team and most of the projects that will go with him to version 2.0, will be able to provide miners with an acceptable yield. Even most of the electricity costs they will have to pay out of pocket.

Some miners will certainly turn off the equipment and sell it, or wait for better times. This will ease the fate of those who remain, as has happened more than once in the history of cryptocurrencies. But the current situation is fundamentally different from what happened in past years.

The environmental lobby and the rise in the price of energy resources have greatly spoiled the prospects for Proof-of-Work. New projects on this type of consensus are not visible on the horizon, and even further migration of existing blockchains to more economical algorithms is possible. Mining will remain the lot of Bitcoin and, perhaps, a few more blockchains, where the concrete reliability and simplicity of PoW outweigh all other arguments.