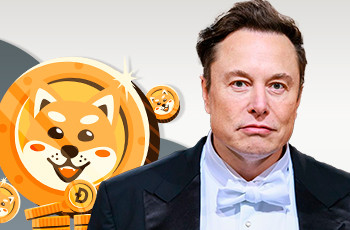 Elon Musk spoke about the advantages of DOGE over Bitcoin

What happened? The head of Tesla, Elon Musk, spoke about the advantages of the Dogecoin meme-cryptocurrency over bitcoin. On the Full Send podcast, he stated that the Dogecoin blockchain has much more bandwidth. Musk explained that DOGE transactions complete in 60 seconds, while BTC transactions take about 10 minutes. In his opinion, this is enough to consider Dogecoin a more efficient payment system. He also noted that at present, DOGE can be used not only to buy goods in Tesla and SpaceX, but also as a means of payment in other large companies.

What else did Musk add? He also noted that the inflationary factor of Dogecoin, which allows the creation of 5 billion tokens annually, can positively affect the development of the asset as a means of payment. Bitcoin is limited to 21 million coins, the billionaire emphasized. This may result in the asset being accumulated rather than being used.

“Frankly, I mostly support DOGE because the coin has memes, dogs, and a sense of humor, and it doesn’t take itself too seriously,” Musk explained.

He also emphasized that he has nothing to do with other meme coins, such as Dogelon Mars (ELON) and other tokens with his garbled name. Musk added that he only supports two meme cryptocurrencies: DOGE and Shiba Inu (SHIB).

On August 1, Musk promised to post photos of his dog named Floki on Twitter, after which the rate of the Floki Inu (FLOKI) meme-cryptocurrency rose by 25%. The price of the asset broke the $0.000016 mark for the first time since May 5. As of August 6, the asset is trading at $0.00001503, according to CoinGecko.

In July, US citizen Keith Johnson sued Musk, Tesla and SpaceX, alleging they manipulated the DOGE course. He is seeking $86 billion in damages and $172 billion in moral damages. Johnson also requested a complete ban on the promotion of the asset by the billionaire.