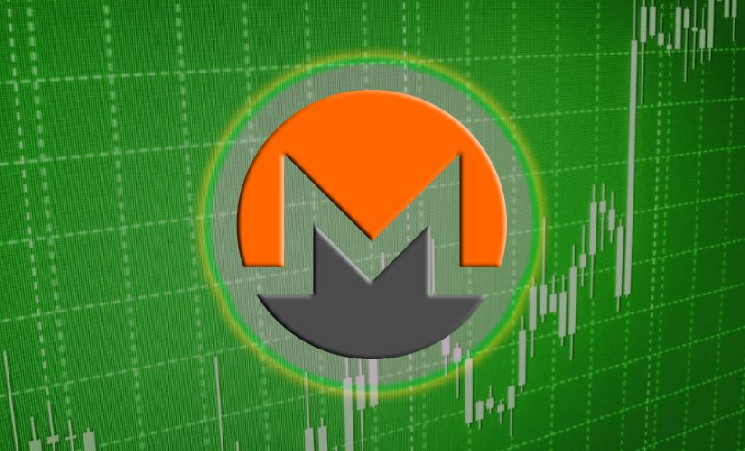 Cryptocurrency analysts spoke about the prospects of the Monero (XMR) cryptocurrency. They noted: the value of the virtual asset has risen in price by more than 55% since June 2022 or in 1 month. According to the digital currency exchange rate chart, its price has reached local highs for 2022.

Representatives of the blockchain data aggregator from Santiment reported that the price of the Monero privacy coin (XMR) has begun to return to the area of ​​increased market attention. Now traders and investors have begun to show more and more interest in virtual currency, which has affected the growth in the volume of trade transactions over the past month. The cryptocurrency was in the underpurchase zone and was undervalued, which became a catalyst for the growth in value in the last 30 days.

As early as the end of June 2022, XMR was trading in the $102-$105 range, while as of August 6, the rate fluctuated around $162. The digital currency occupied the 28th position in the ranking of the best in terms of market capitalization. The total supply of coins amounted to $2.93 billion, and trading volumes over the past day were $82.18 million.

At the same time, experts noted: XMR has risen in price over the past week by only 2.3%. Analysts expressed confidence in the continuation of the rapid growth in the value of the asset, as at the peak of the price Monero was trading above the $517 mark as of May 7, 2021.

They assured: interest in this currency is growing and the community continues to develop. Privacy is coming to the fore in today’s crypto world, which will be an important catalyst for XMR’s upward movement.

Earlier, the Crypto.ru editors reported: analysts examined the Monero (XMR) price chart. In their opinion, now investors can be set up positively. After overcoming an important psychological mark of $150, growth may continue.