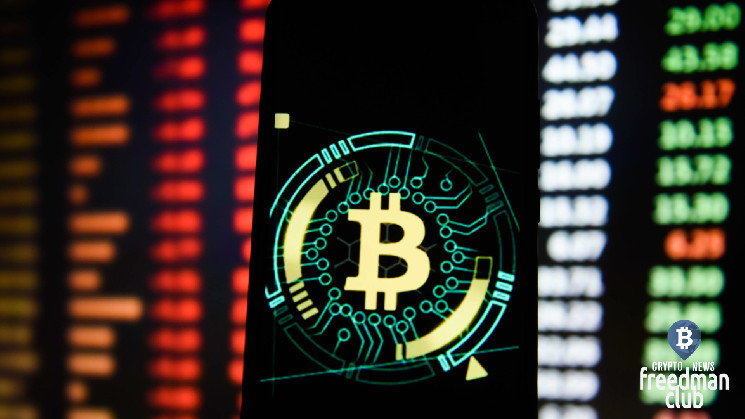 Will Bitcoin rise by the end of the year?

Edward Moya, senior market analyst at OANDA, says that while Bitcoin’s correlation with equities is still intact, the digital asset has performed worse in recent times.

“Increased Fed rate hike expectations have limited how high bitcoin can go for now, but as long as traders remain confident that the peak of Treasury yields remains in place, bitcoin may already have bottomed out,” Moya wrote in a note. 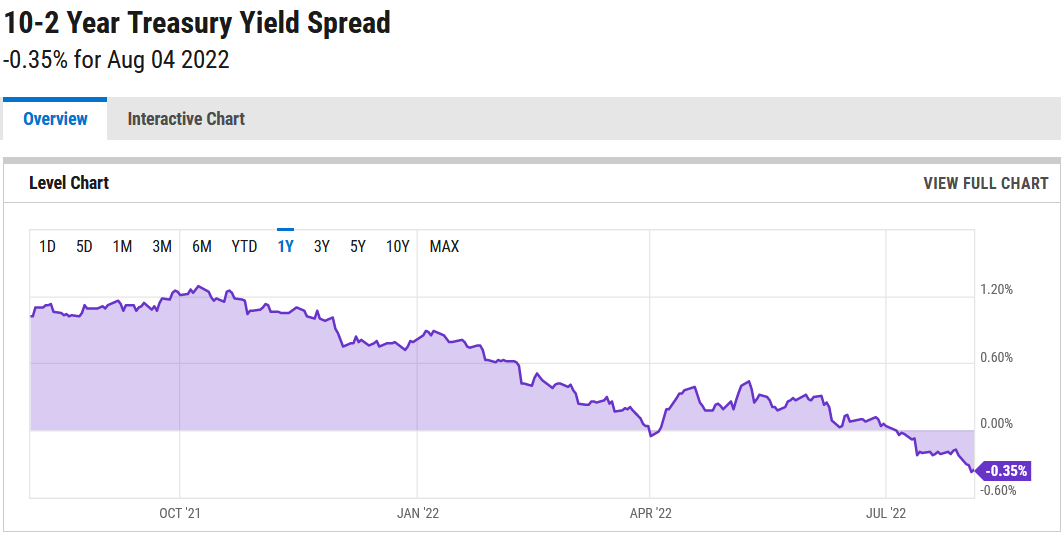 Delphi Digital notes that historical data shows that when the federal funds rate is higher than the neutral interest rate, “recessions tend to occur.”

Rate neutrality means that any further rate hike by the US Federal Reserve will result in restrictive action. 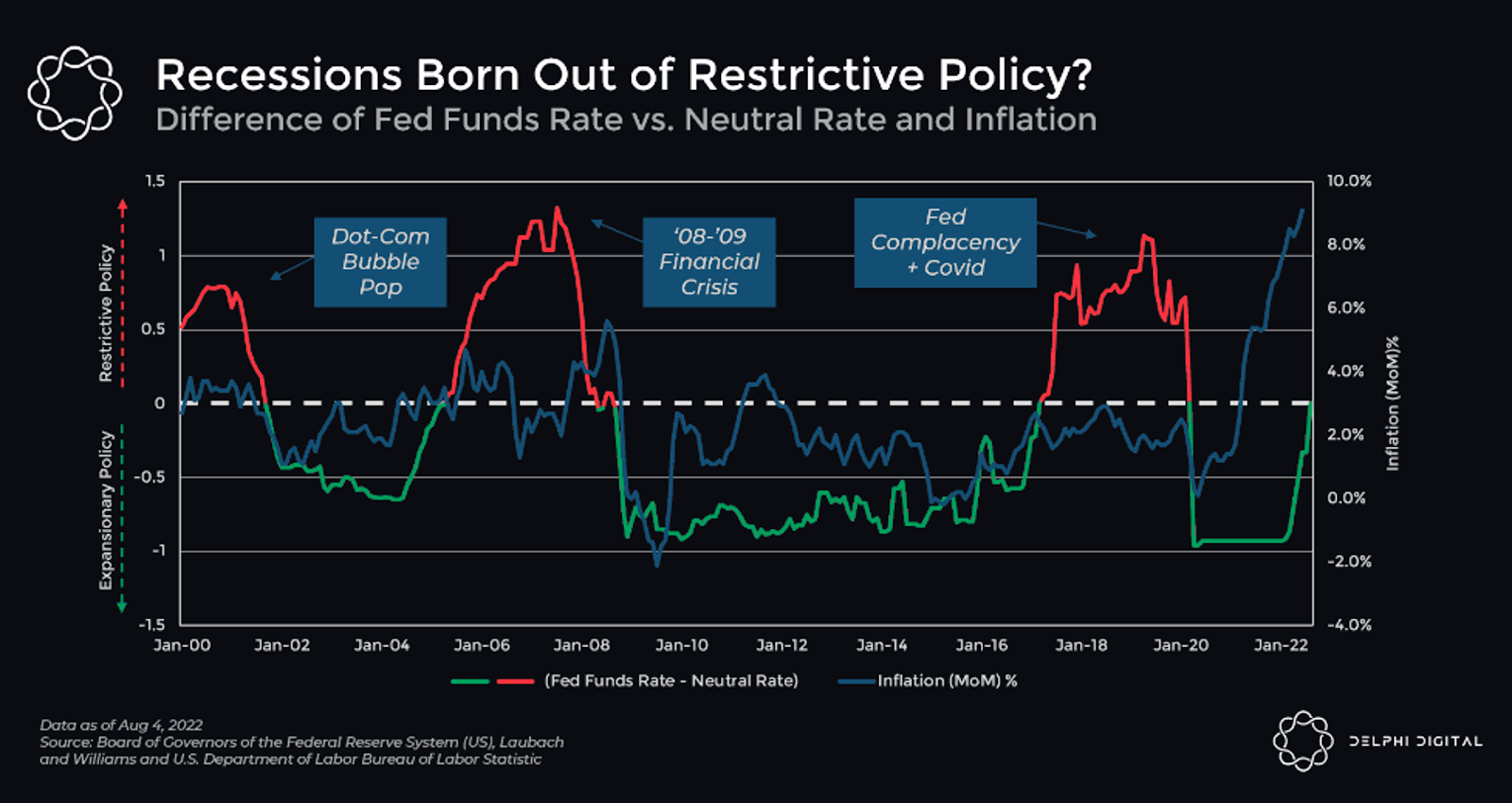 “Economic factors such as stock market capitalization in relation to GDP, consumer sentiment due to unemployment and falling GDP suggest that the current market movement is a bear market rally,” the independent research material says.

Important news that could affect the price of Bitcoin is the departure of Michael Saylor as CEO of MicroStrategy Incorporated.

Saylor will continue to serve as MicroStrategy’s executive chairman as he says the transition will allow him to focus on the company’s Bitcoin acquisition strategy, with company president Phong Le taking over the reins.

On Tuesday, the company reported an impairment of its BTC treasury holdings of nearly $918 million in the second quarter as the price of the coin declined during this period.

US House Speaker Nancy Pelosi’s visit to Taiwan sparked risk aversion, which in turn supported the dollar index, which rose to 106.8. 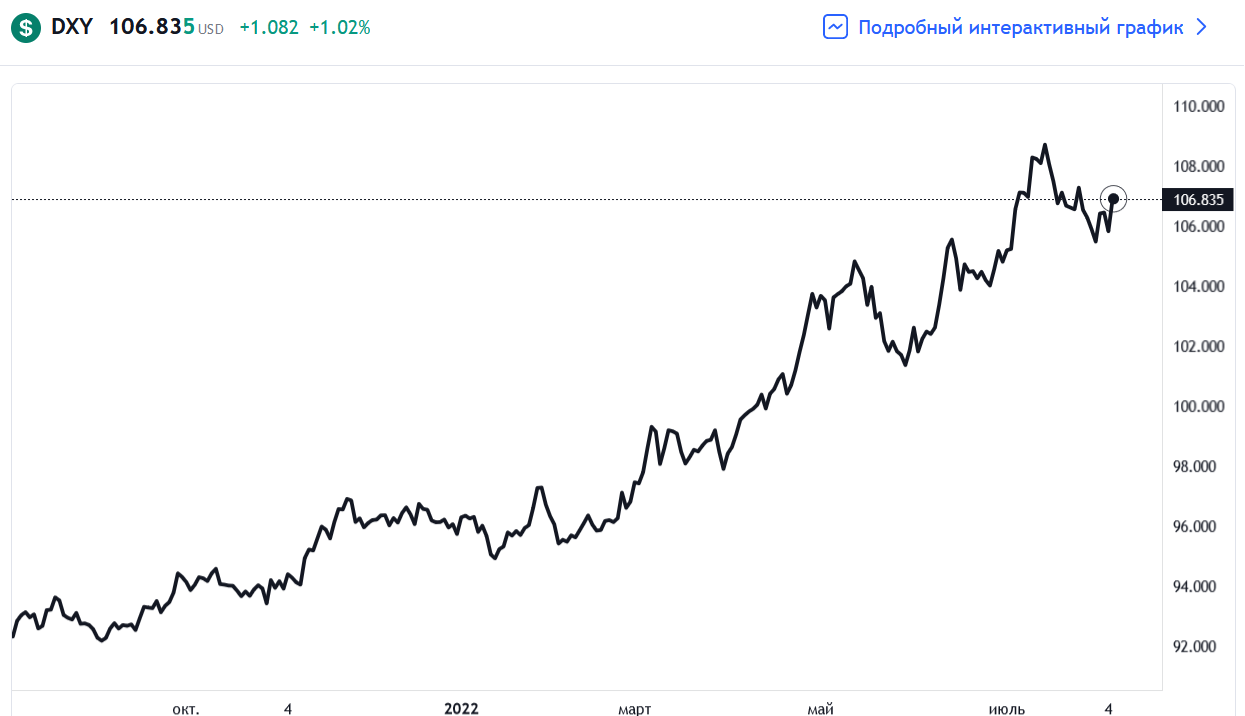 Sam Bankman-Fried, founder and CEO of FTX, says he would be pleased if Bitcoin ended the year at $35,000.

Bitcoin has been beaten since its November high, but FTX CEO Sam Bankman-Fried believes the pain for traders and investors may soon be over.

“I think we have already seen the worst in the crypto market. I think the carnage is basically over. Still ahead, but it’s not so bad,” he said.

The world’s most popular cryptocurrency is down 67% from its high of $69,000 last November and has been trading below $25,000 since mid-June. Even after a temporary jump to a 30-day high of $24,572 gave investors hope for an extended rally last week, Bitcoin continues to trade around $23,000.

Despite Bitcoin’s setbacks, Bankman-Fried, commonly known as SBF, said that the cryptocurrency could still reach $100,000, although he would be happy with a much lower price.

“If you told me that Bitcoin would be worth $35,000 at the end of the year, I would fucking agree,” Bankman-Fried said.

As the head of one of the largest crypto exchanges FTX, as well as the cryptocurrency quantitative trading company Alameda Research, Bankman-Fried has a lot of influence in the crypto sector, but what really affects the price of cryptocurrencies are macroeconomic factors unrelated to his activities, such as high inflation and possible recession.

Barring a major downturn in the overall economy, the cryptocurrency is in for a “really healthy, solid and pretty fast recovery, to be honest,” Bankman-Fried said.

A drop to $21,000 is unlikely to cause further carnage in the crypto sector, he said. But if the market is affected by other macroeconomic factors, such as a stock market crash, sky-high interest rates, and a recession, these effects are likely to spill over into cryptocurrency.

“If the Nasdaq falls another 25% and if interest rates really go up to 7% and if we are in a recession for two and a half years – in this world, I think Bitcoin could go down to $15K or $10K. Then, because of this, a new round of carnage can begin, ”said Bankman-Fried.

There are many different cycles in the stock market that operate with varying degrees of accuracy.

One of the oldest and most respected independent analytical companies, NDR Research, showed such an interesting chart. It averages three cycles: annual (when the dynamics is averaged by months), 10-year (with the average dynamics of years ending in 1.2, etc.), presidential (the dynamics of each of the 4 years of the term is averaged here) . The calculations have been made since 1928 and the result is indicated by the blue line.

The dotted line shows the dynamics of the index in 2022. Surprisingly, it coincides well with this composite cycle from the NDR and, as it were, hints that there was a cyclical minimum in June.

It would be nice, because it’s time to dilute this year with at least some positive. True, the consistently inverted Treasury yield curve, which has historically always followed a recession without exception, is embarrassing. Therefore, playing up, now it is worth being double careful. 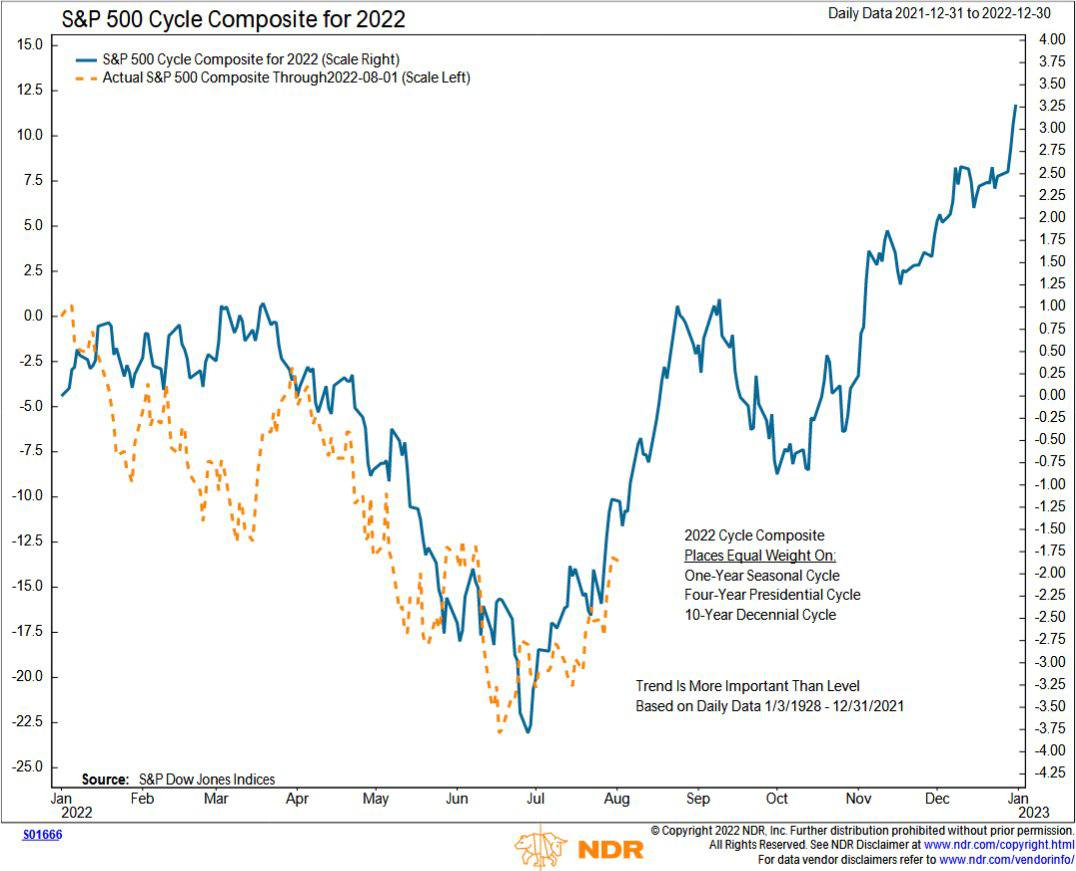 According to Bank of America, the annual real (inflation-adjusted) yield of the SP500 has shown an anti-record since 1872. Such a drop should be followed by an increase.

Whalemap points to significant support in BTC at current levels due to massive whale trading at these levels in the past. 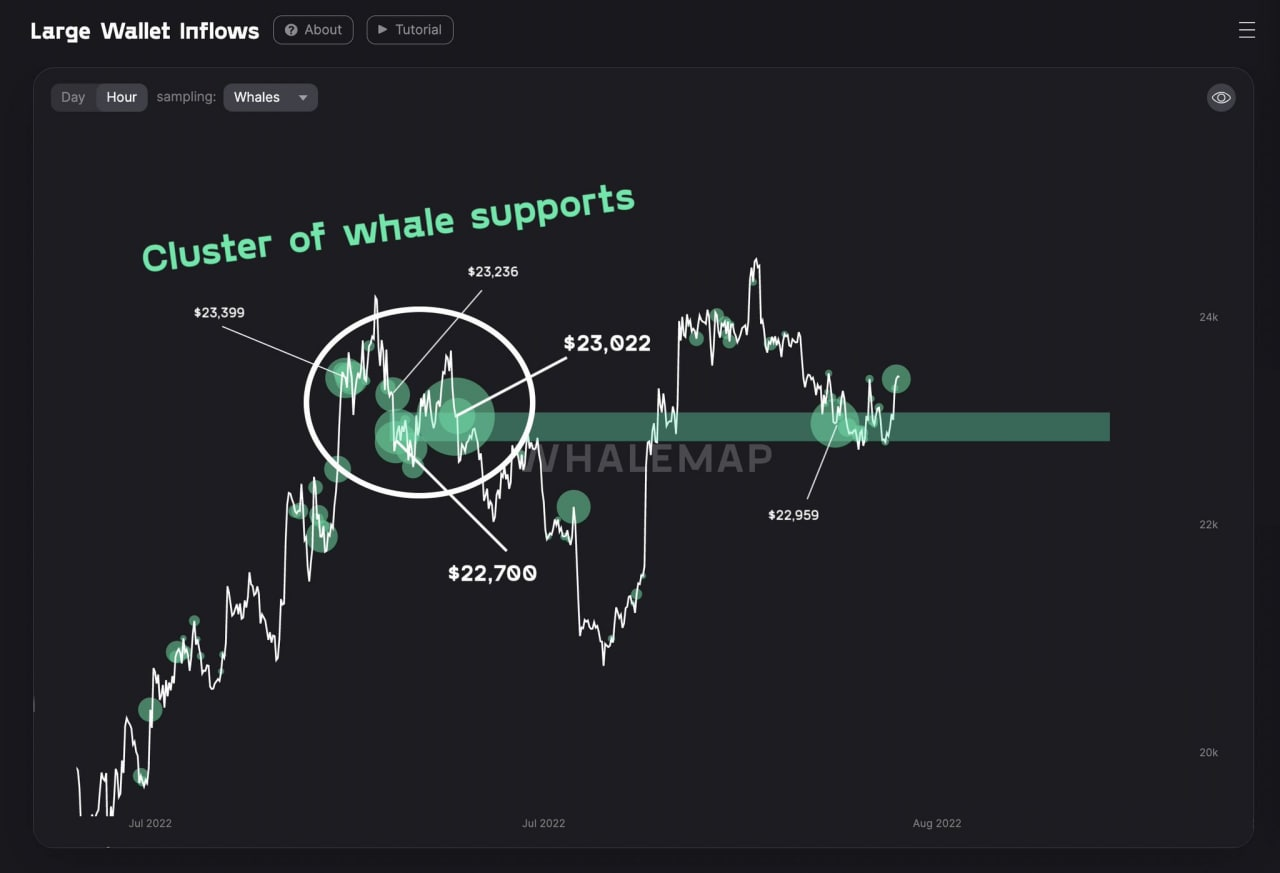 Santiment points out that large wallets are accumulating stablecoins, but are not in a hurry to spend them yet. These are possible signs that they do not believe in the current rally and are in no hurry to buy. 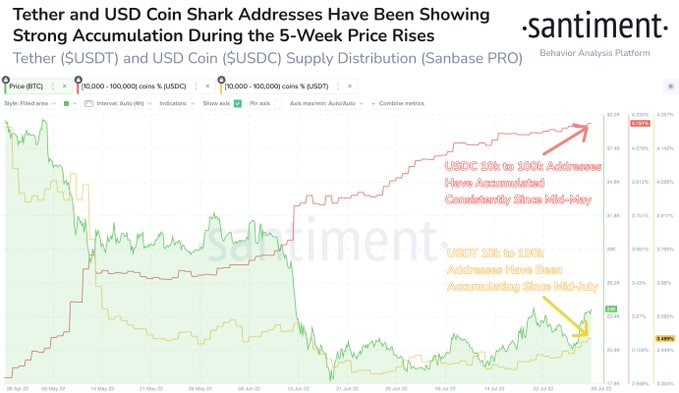 According to Santiment, 90-day realized losses exceeded 3 million coins in 90 days. This is the 3rd time in history and each time it has led to a price rally. 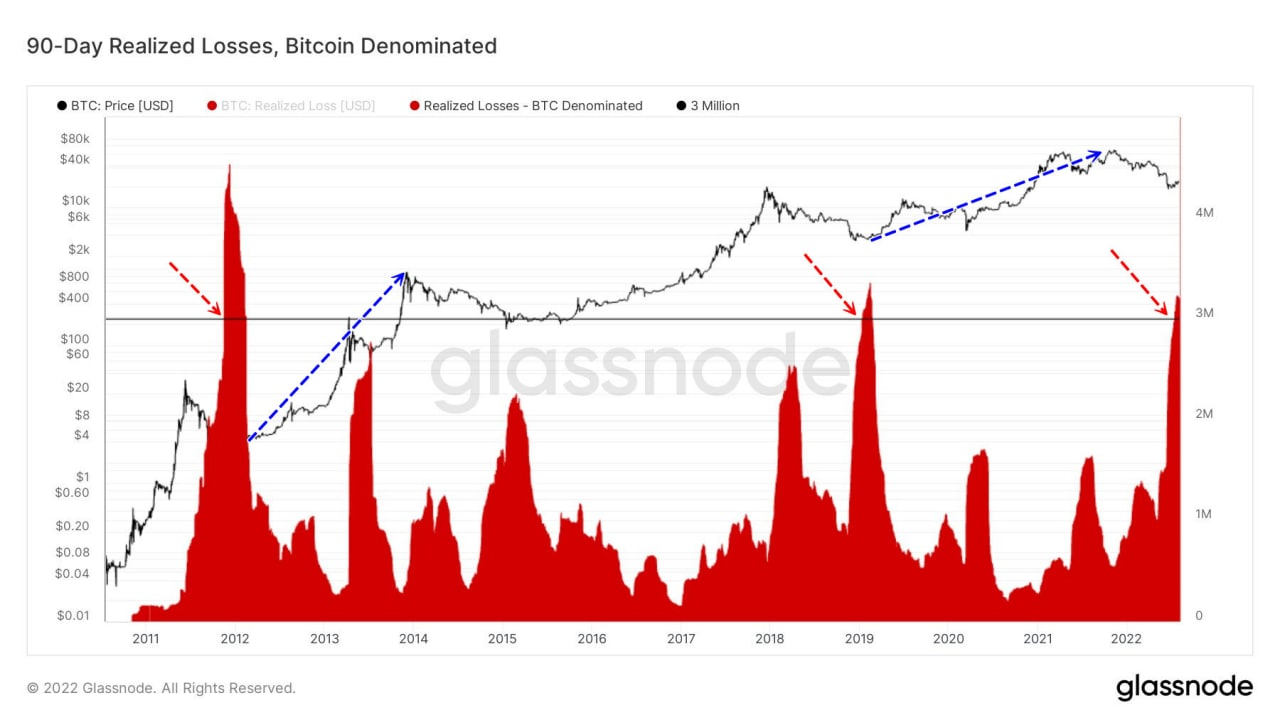 BlackRock has partnered with Coinbase to promote BTC and cryptocurrency trading to institutionals.

Brevan Howard has raised a record $1 billion to launch a new crypto hedge fund. Wants to earn big profits by buying cryptocurrencies at the bottom.

The head of PwC’s digital division left the company to set up his own crypto fund in Dubai and capitalize on the growth of cryptocurrencies.

Creating funds when the markets had already dropped quite a lot was a good idea in many cases, because. there is nothing better than buying on the bottom.

CEO White Rock believes that the bear market in cryptocurrencies is a great opportunity for profitable mergers and acquisitions (M&A).

Messari notes that despite the falling markets, investment in the crypto industry in H1 2022 has already exceeded investment in all of 2021. 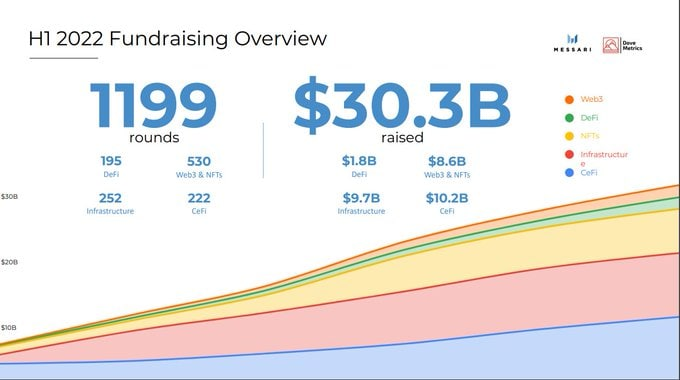 According to surveys, 39% of Americans surveyed are buying cryptocurrency in the current fall, and 41% are buying stocks. 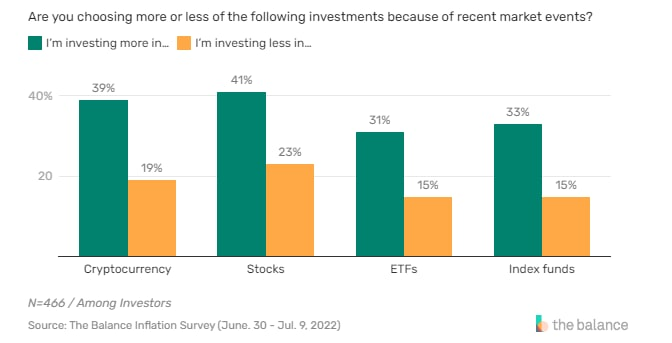 Bitcoin and cryptocurrencies are ready for growth. An obstacle to this could be a serious deterioration in economic indicators in the US, a fall in stock indices and a tightening of the Fed’s monetary policy. If none of this happens, and the Fed’s rhetoric softens on the eve of and during the August meeting, then the stock and cryptocurrency markets are likely to grow, which could turn into a New Year’s rally.