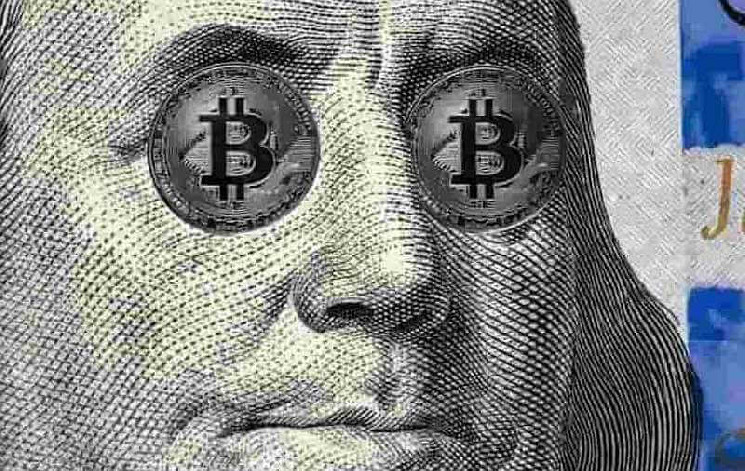 This year, interest in cryptocurrencies around the world is gradually declining

According to a study by CoinJournal, over the past year, interest in cryptocurrencies worldwide has fallen by 16%, and in the United States this figure has decreased by as much as 26%.

The Netherlands has recorded the biggest drop in search volume since 2021, at 37%, followed by Ireland at 30%, with the United States in third place, despite accounting for the majority of the market. 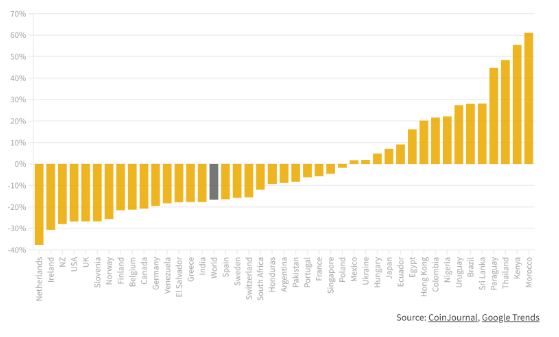 Interest in cryptocurrencies from 2021 to 2022. Source: CoinJournal.

Commenting on the loss of interest in digital assets, Dan Ashmore, an analyst at cryptocurrency data aggregator CoinJournal, made the following clarification:

During an economic downturn, interest drops, especially given last year’s hysteria. Human nature dictates that we want to participate in something when things are going well.

According to him, the previous increase in interest was due to “rising prices, viral screenshots of investment returns, headlines in the media about positive news about cryptocurrency.”

However, “with the closing of the easy money faucet, margin clients who are not interested in seeing prices go the other way disappeared.”

However, interest in cryptocurrency in some countries has grown significantly over the past year, including Morocco (up 61%), followed by Kenya, Sri Lanka, Nigeria and Colombia.

The Central African Republic (CAR) literally broke records in this study as its interest in finding cryptocurrencies increased by a whopping 592%, in part due to the fact that the country followed El Salvador’s lead in April this year and adopted bitcoin (BTC) as legal tender. funds.

Despite the negative dynamics, the researcher is confident that “there is no reason to believe that the trend will change, the macro environment will stabilize, and the uncertainty in the broader market will dissipate.”