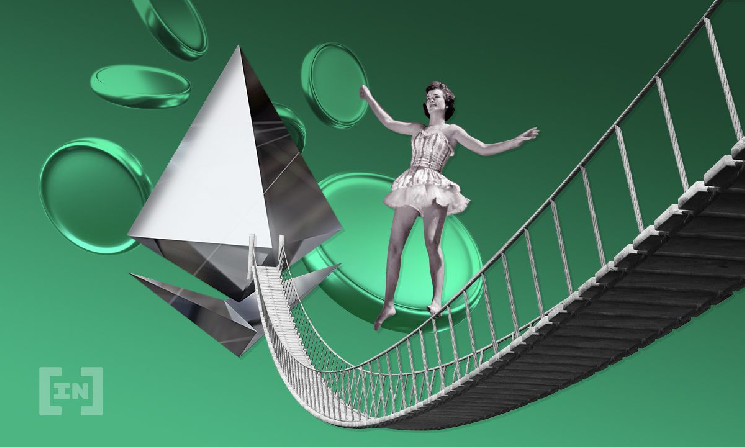 The hack of the Nomad cross-chain bridge also affected the liquidity of partner networks. This is the conclusion reached by researchers from IntoTheBlock, who studied the financial performance of the Moonbeam Network, Evmos and Milkomeda networks.

It is reported that before the attack on Nomad, the volume of tokenized capital in the Moonbeam Network was $322 million, but after the attack, this figure dropped to $88 million. At the same time, analysts note that it took only three days for a 70% drop in the capital of the Moonbeam Network.

Moonbeam Network-based decentralized applications (Moonwell Artemis and StellaSwap) were also affected, losing 81% and 67% of their liquidity, respectively. At the same time, the protocols that did not contact Nomad, on the contrary, increased their reserves. For example, the Curve Moonbeam and Lido projects have raised capital by 25% and 55%, respectively.

At the time of writing, a little more than $21.6 million of the stolen $190 million was returned to addresses controlled by Nomad. Under what conditions the thieves returned the cryptocurrency remains unknown.

Recall that the Nomad cross-chain bridge was hacked on August 2. For unknown reasons, the bridge configuration introduced the ability to receive 100 WBTC in exchange for the sent 0.01 WBTC.

The problem, according to Twitter user @samczsun, is that the protocol’s automated system failed to provide proof of the legality of such operations in a timely manner. In his opinion, one of the latest updates to the bridge led to the error.

Toyota is considering bringing Web3 to its business