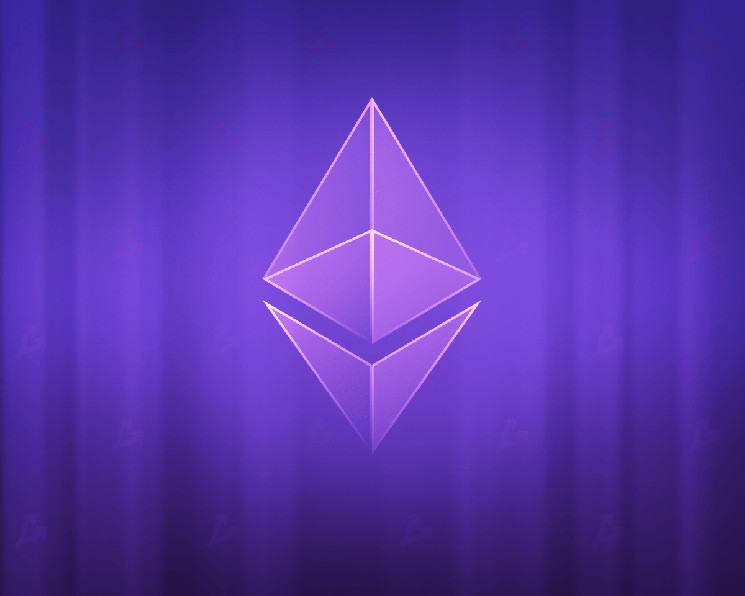 In July, the price of Ethereum rose by 56%, while Bitcoin added almost 17%

In July, the price of the second-largest cryptocurrency by capitalization rose by 56.6%, while bitcoin showed more modest results – 16.8%. This is stated in the ForkLog report.

Among moderate-cap assets, Lido LDO demonstrated the largest growth. The asset added 350% amid the recovery of the stETH/ETH peg.

Positive dynamics was also shown by the OP L2 protocol token Optimism (over 200%) and Ethereum Classic (almost 150%). The reason for the growth of the latter was the statements of Ethereum developers about the upcoming transition to PoS of the Goerli testnet. The community is waiting for the migration of miners to the “nearest relative” PoW protocol.

Among the outsiders were the assets of the collapsed Terra ecosystem against the backdrop of statements about the investigation of its collapse by law enforcement officers and searches of top managers.

Securities of the vast majority of public cryptocurrency companies and miners showed growth following the general market recovery. The exception was the broker Voyager Digital, which filed for bankruptcy.

The record holder of the month was Marathon Digital, whose shares rose by 140%. The company has declared its commitment to the HODL strategy despite significant selling pressure from public miners. 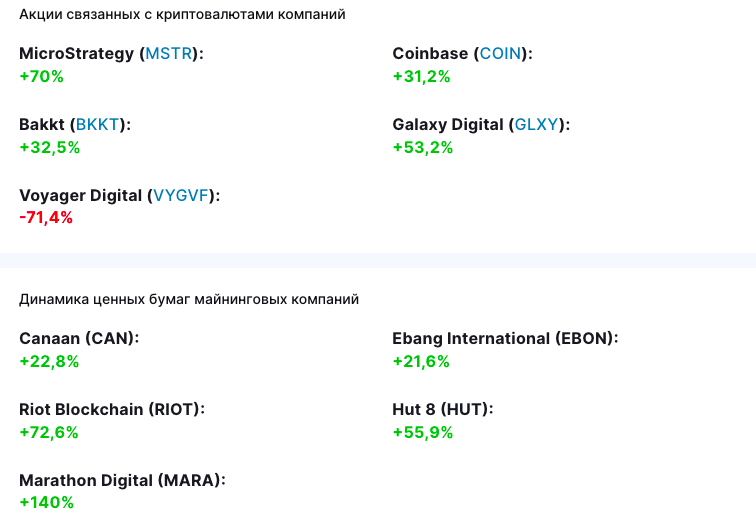 At the end of July, almost all DeFi tokens from the top 20 by capitalization were in the green zone — in the period from April to June 2022, the opposite situation was observed. 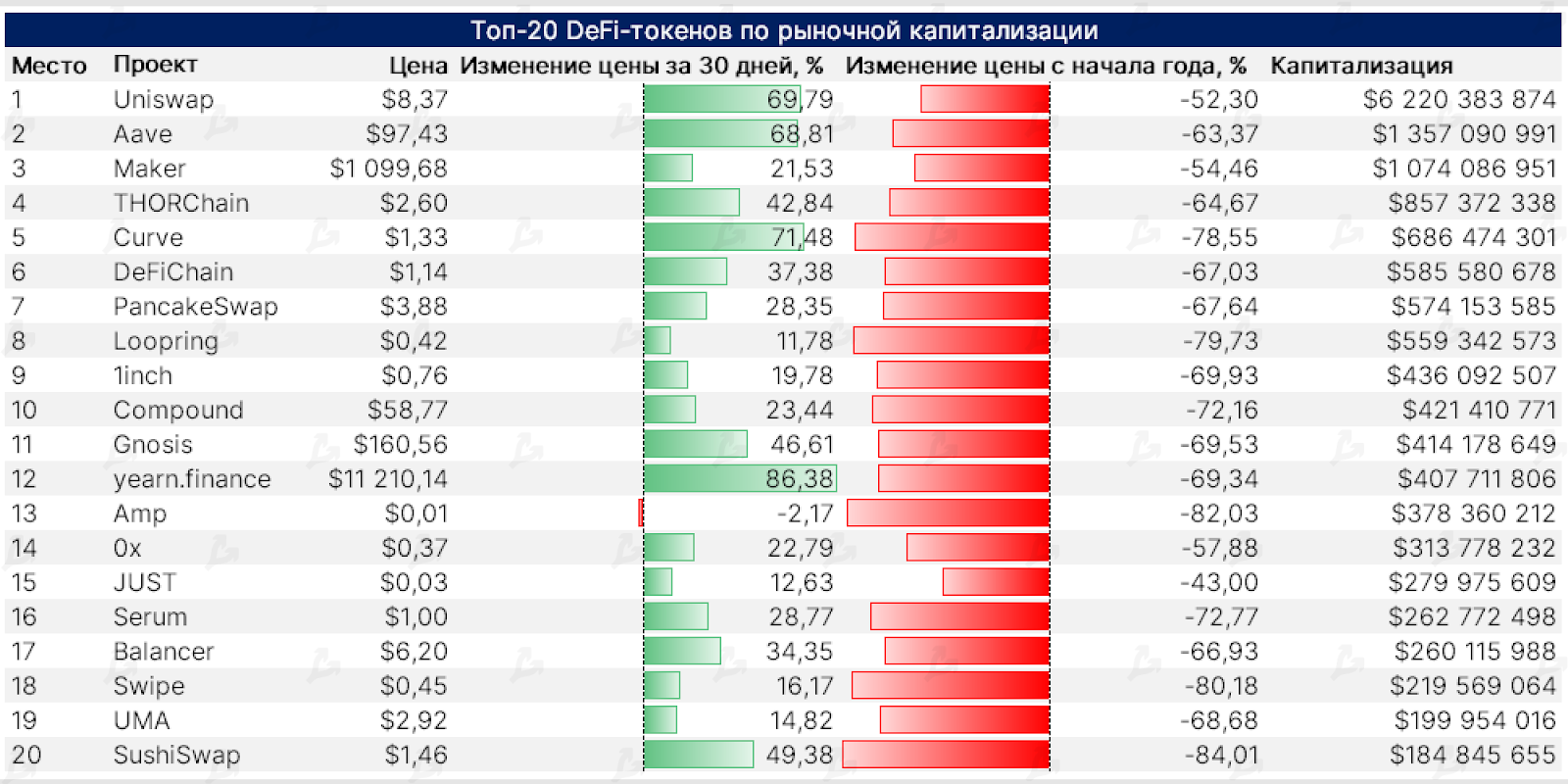 The best dynamics was shown by the token of the yEarn Finance project — the price of YFI increased by 86% over the month. The market value of Uniswap, Curve and SushiSwap tokens also increased significantly. This indicates an increase in user interest in decentralized platforms.

Recall that Ark Invest specialists allowed the growth of quotes of the first cryptocurrency by 240% from current levels.