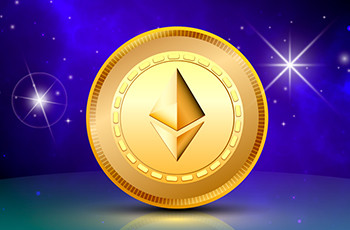 What happened? On August 4, 2022, the average transaction fee on the Ethereum network was $3. This is the lowest figure since December 2020, according to a study by Kaiko. In May 2022, transaction fees peaked at nearly $200.

What else are analysts talking about? Fee cuts are likely to drive network adoption in sectors such as decentralized finance (DeFi) and non-fungible tokens (NFTs). The researchers noted that the decrease in transaction fees comes amid a decrease in trading volumes on decentralized exchanges, while the number of transactions has increased dramatically. Kaiko added:

“In bear markets, volumes on centralized exchanges plummet as overall public interest wanes. DeFi, however, still has many use cases during the bear market and we are seeing Ethereum transaction fees as one of the drivers of activity rather than general interest.”

Earlier, Bloomberg experts noted that the growth in the value of ETH will depend on the reputation of the asset as a social and economic tool after the transition to PoS. There are prerequisites for an increase in the rate, since the total amount of ETH locked in smart contracts increased by 1.4% in three years, and the number of active Ethereum addresses with a non-zero balance reached ATH.

On May 1, Yuga Labs, creator of the BAYC collection, sold 55,000 NFTs to Otherdeeds as part of the launch of the Otherside metaverse. Such a volume of transactions led to a significant increase in commissions, which alone took users about $123 million to pay. Some noted that they spent more money on the commission than on the purchase of the NFTs themselves.