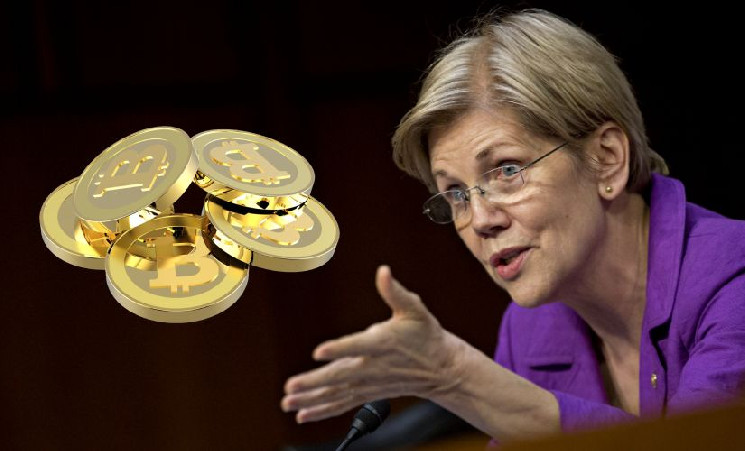 Senator from Massachusetts (USA) Elizabeth Warren again spoke out with fierce criticism of the cryptocurrency market. This time, she decided to seriously limit the implementation of operations with virtual currencies for banking institutions. The Democratic Party member is trying to enlist the support of colleagues to sign a letter to the Office of the Comptroller of the Currency (OCC) asking for a much tighter regulatory regime for crypto companies. Many experts said that this would mean a complete ban on the circulation of digital money in the country.

The politician said: she calls for increased investor protection, as well as strengthening the banking system, which could suffer from a potential collapse of the cryptocurrency market. Warren expressed her desire that the Federal Reserve System (FRS) and the Federal Deposit Insurance Corporation (FDIC) ensure the proper safety and reliability of the banking system by tightly regulating the issuers of cryptocurrencies, in particular, stablecoins.

The senator’s letter noted: TerraUSD, along with the bankruptcies of several digital asset platforms, could expose the entire economy of the country to unnecessary risk. Warren expressed concern that the OCC has not been able to adequately deal with this and other banking and crypto-related issues that have seriously escalated the situation in the past few months.

Earlier, the editors of Crypto.ru reported: representatives of the European Securities and Exchange Union (ESMA) assured that they would begin to pay special attention to the control of cryptocurrencies. It was proposed to develop new rules and restrictions to control transactions with virtual assets.