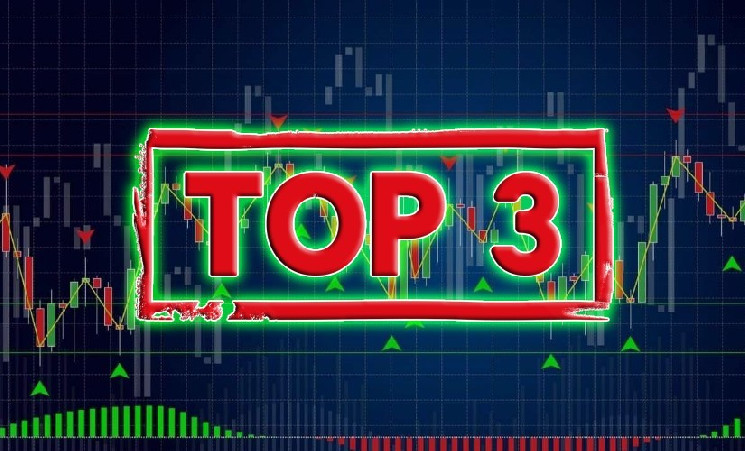 Top 3 most profitable cryptocurrencies per day

Between June 29 and 30, 2022, only a few of the top 100 cryptocurrencies by market capitalization were able to demonstrate appreciation against the backdrop of global market consolidation. Experts noted that in general, all virtual assets are in the flat, so you should not expect any violent surge. In their opinion, much will depend on the further scenario that the price of bitcoin (BTC) will demonstrate.

Among the leaders of the day in terms of value growth were 0z (ZRX), Uniswap (UNI) and UNUS SED LEO (LEO). The ZRX cryptocurrency has risen in price by 4.52% over the past day, reaching a price value of $0.339. The total supply of virtual assets in the market became $288.09 million, and the asset rose to 96th place in the ranking of the best.

The native token of the decentralized exchange platform, Uniswap, has also added slightly in value. UNI rose 3.35% to trade at $5.05 as of 08:10 Moscow time. The market capitalization of the virtual asset reached $3.7 billion, which allowed it to take the 20th position in the ranking of top digital currencies.

Cryptocurrency UNUS SED LEO became more expensive by 1.87%, reaching a price value of $5.85. The LEO token had a market capitalization of $5.62 billion and was ranked 15th in the list of the most popular digital assets.

The worst result of the day was demonstrated by the Quant cryptocurrency. The QNT coin lost 10.32% of its value, dropping to $51.59 and taking 64th place in the ranking with a capitalization of $622.89 million.

Earlier, the Crypto.ru editors reported that the Bitcoin (BTC) rate spent the last week from June 23 to June 29, 2022 in the consolidation stage. Market analysts assured that the range from $20,000 to $22,000 is quite capable of being support for the scenario when the BTC rate shows a short-term rally to $28,000.