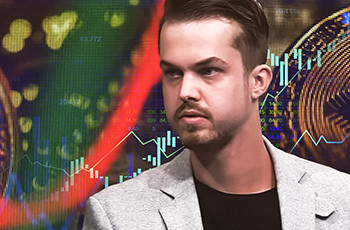 The material is not an investment recommendation and is published for informational purposes only.

What happened? Cryptoanalyst Michael van de Poppe identified three altcoins, the rates of which may soon move to the growth phase. He attributed Ethereum (ETH), Fantom (FTM) and Ripple (XRP) to promising assets. On Twitter, the analyst spoke in more detail about each of them.

Analyst about ETH. According to the expert, ETH has a strong momentum to increase in value after reaching monthly lows at levels below $1,000 observed on June 18 and 19. The analyst believes that the price of the asset is steadily moving towards $1,400. As of June 29, 18:10 Moscow time, Ethereum is trading at $1,112, down 7.17% in a day, according to Binance. Analyst about FTM. Van de Poppe noted that he considers the price behavior of the Fantom blockchain platform token on the hourly timeframe as an indicator that reflects the process of asset correction. He added that the token is currently testing previous highs and is in a range where growth to a new high can begin. FTM is trading at $0.26, down 7.7% per day.

Analyst of XRP. The expert noted that the rates of many altcoins are consolidating (trading in a narrow price range) after the rally last week. Van de Poppe sees Ripple’s pullback to $0.34 from Friday’s high above $0.38 as a potential launch pad for a new phase of growth. XRP is trading at $0.32, down 5.98% overnight.