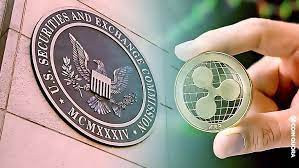 While the order has been hailed as Ripple’s biggest victory in the lawsuit, the court’s decision could have far-reaching implications than previously thought. This is because Judge Netburn included a section in the court order that is expected to prevent the SEC from continuing its delaying tactics through an appeal to the 2nd Circuit.

Apart from this, the latter decision may lead to a settlement between both parties. This is because many suspect that the SEC will not release its internal files, even if it costs them the whole case.

“Judge Netburn added a bulletproof section for any appeal to the 2nd Circuit. She could flatly reject the request for review under Rule 6.3 (cannot advance new arguments that were not there the first time). Instead, she realized how important DPP is,” John Deaton explained on Twitter, adding:

“She didn’t just briefly reject the motion, but analyzed the SEC’s substantive DPP argument and then denied it. […] any argument in the appeal based on how important the DPP is and that this judge did not properly consider it!!”

“She pointed out to the SEC her inconsistent stance related to the speech. She said that you cannot change your position just because you do not like the conclusion of the court. She highlighted the inconsistency, focusing on Hinman’s “affidavit,” he continued. “Any appellate court will see that the judge respects all the privileges provided by law. Neither the IMO, nor Judge Torres, nor the 2nd Circuit can violate the decision of Judge Netburn.”

If this analysis is confirmed and the SEC is unable to get an appeal of the DPP decision from Judge Torres, the SEC’s lawsuit against Ripple could end faster than expected, Deaton said.

Despite this good news, the lawsuit is much more complicated and the main battle is still ahead. For our part, we believe that the Ripple company and its leaders will not be able to get completely dry from the water. This is indicated by how Judge Denies Garlinghouse and Larsen’s Motions to Dismiss Their Case.