Bitcoin has been rising since April 11 and recovered above the $41,000 area on April 14, however, the long-term trend BTC still remains unclear.

The key resistance is located in the area of ​​$42,250. This is the area of ​​horizontal resistance and the Fibo level of 0.382 correction. There is also a descending resistance line in this area, which has been present on the chart since February.

First, on March 21, the BTC price made a bullish breakout of this line, but failed to turn it into support, and on April 6 it went below it again. Now this mark can again act as resistance.

The technical indicators on the 6-hour chart are giving extreme oversold signals on the RSI and MACD.

The RSI has not been this heavily oversold since January 24 (green circle).

The MACD is also deep in the red zone and is giving a bullish reversal signal (green icon).

When both of these signals appeared the previous time, BTC launched a massive bull run, the magnitude of which was 40%. 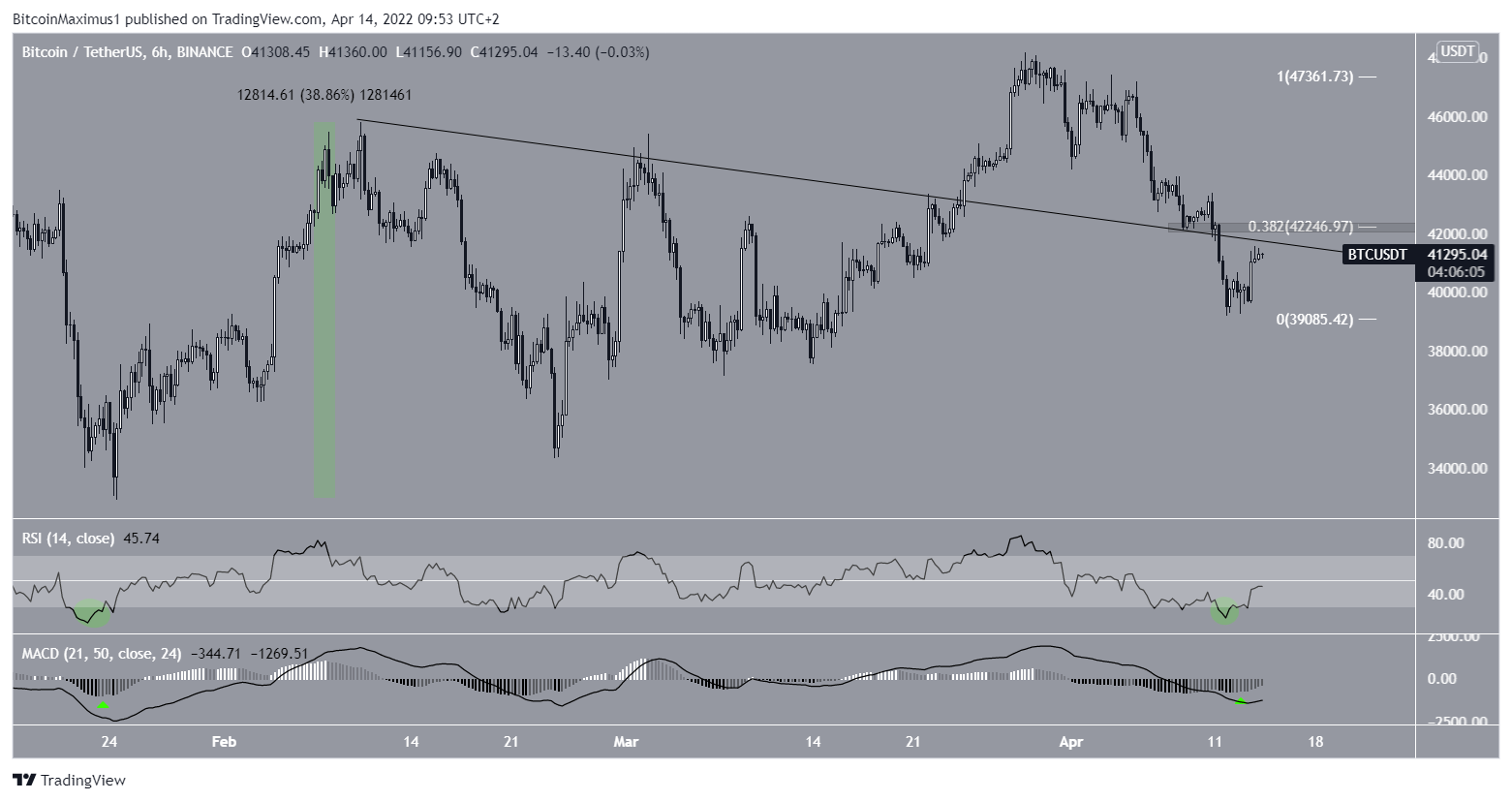 On the 2-hour chart, BTC has already made a bullish breakout from the ascending parallel channel and turned it into support (green icon).

This is considered a signal of a bullish trend and may lead to further price growth.

However, it is extremely important for Bitcoin to first break through the $42,250 area in order for the trend to be considered bullish. 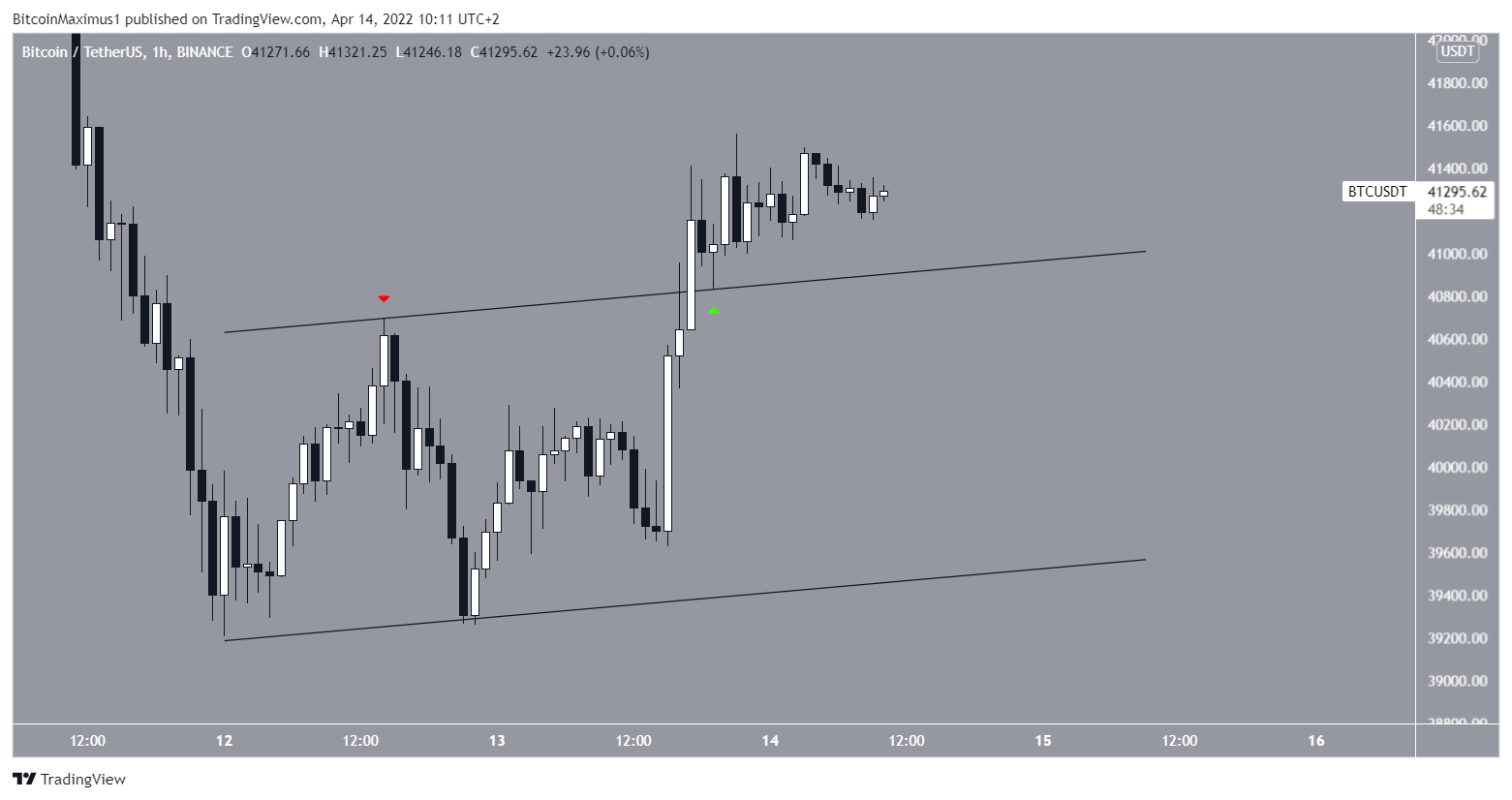 Results of the long-term wave analysis indicate the likelihood of price growth towards the $50,000 area. However, first BTC may form another short-term low.

If the decline continues (red), the market may reach a low around $38,000. This will test the upside parallel channel support line and complete a longer-term correction (black). 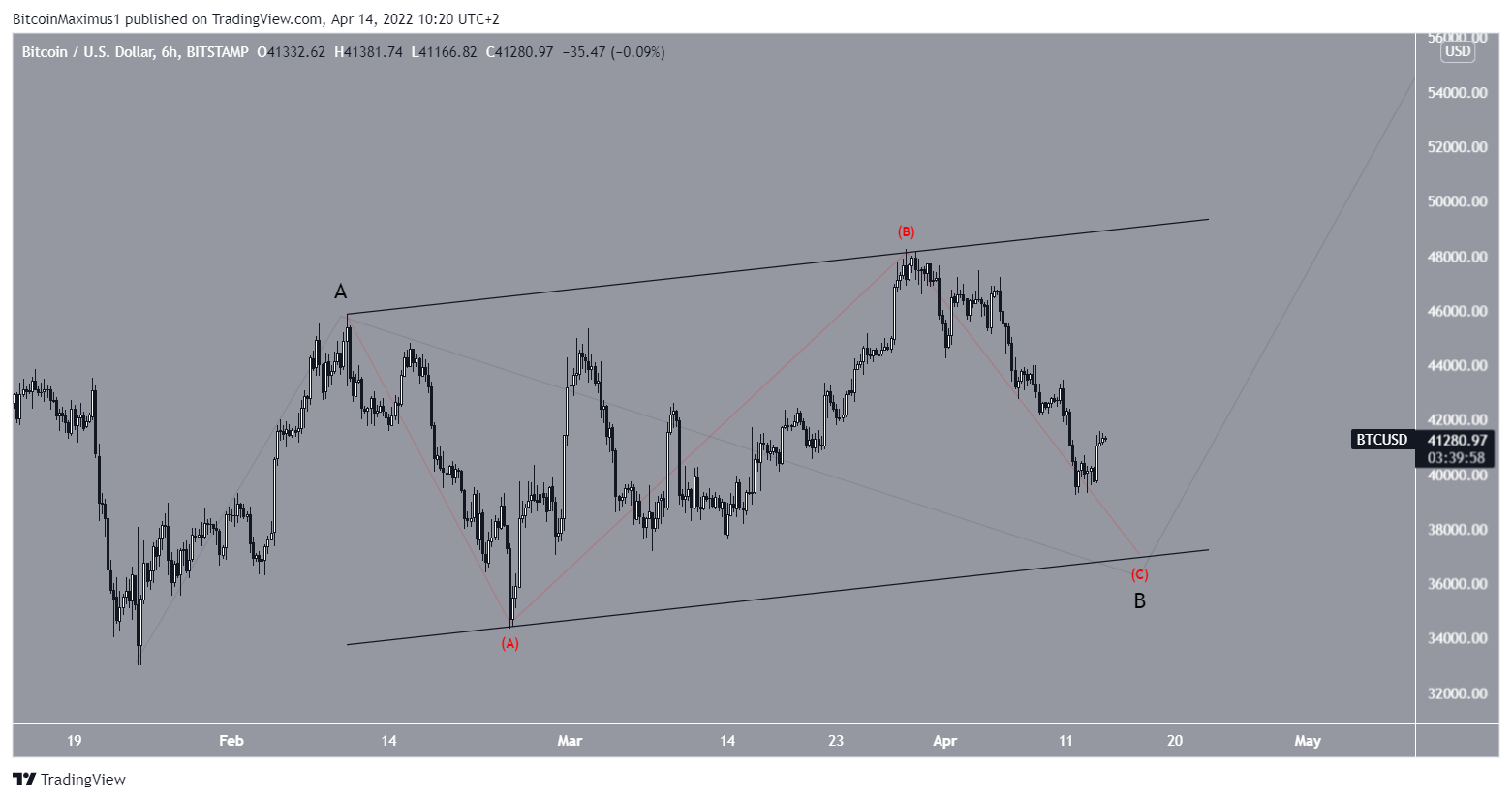 Short-term analysis suggests that BTC may complete sub-wave 4 (yellow) around the $42,250 resistance area we identified earlier, before the price starts the final phase of decline. 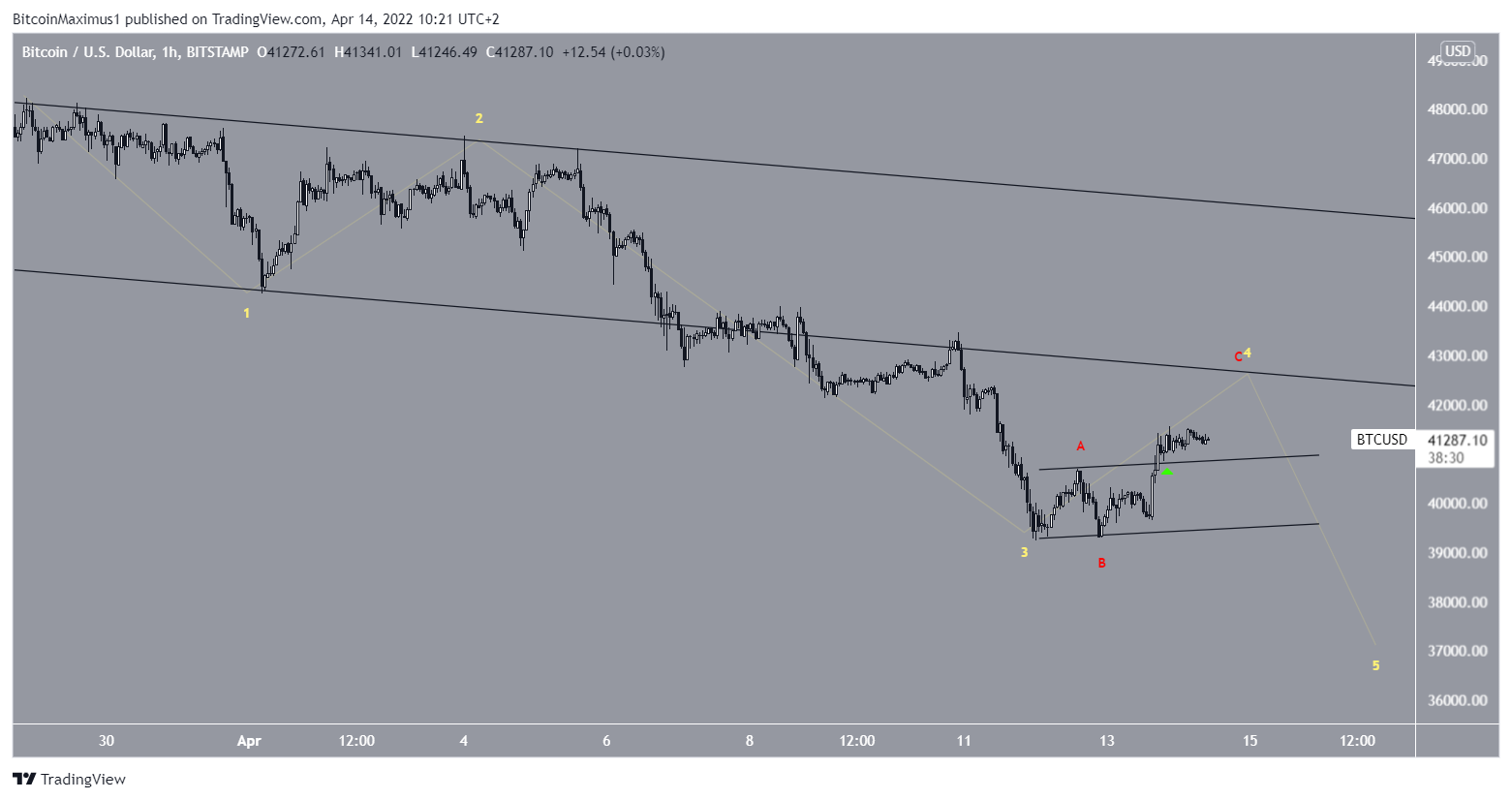