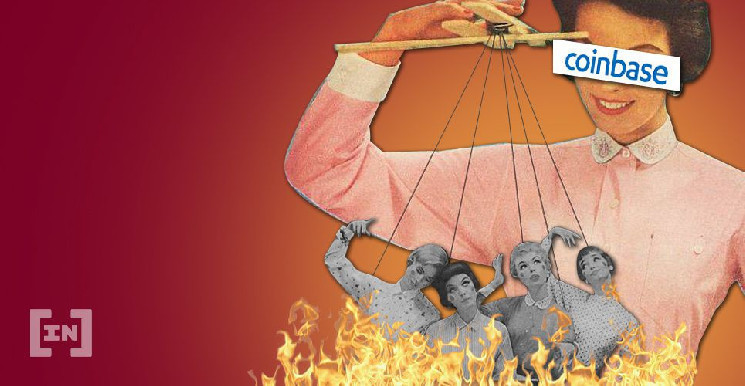 Someone bought $400,000 worth of altcoins the day before the Coinbase announcement

Coinbase tried to make the listing process transparent, but users suspected the continuation of insider trading

An unknown account purchased $400,000 worth of altcoins exactly one day before the Coinbase exchange announced that they were considering listing. The first to notice this was a crypto influencer under the pseudonym Cobie. 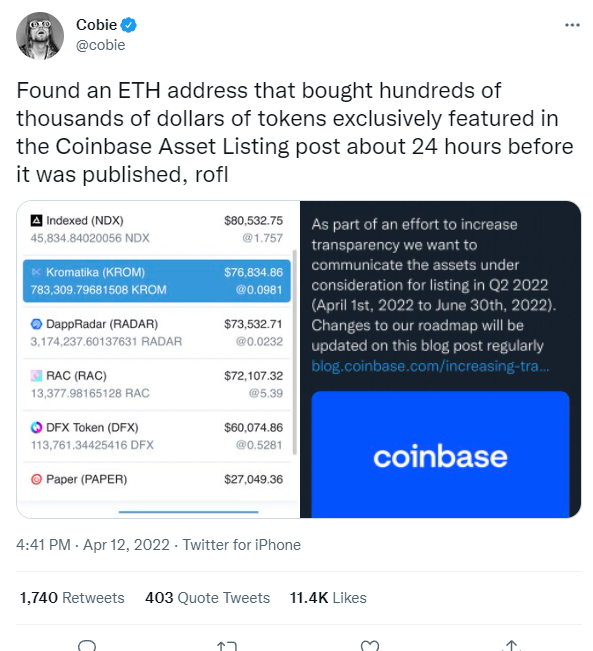 At the time of writing, wallet 0x1c84…d7b6fb owns almost 400,000 altcoins. It is noteworthy that Ehterscan has already marked the address with a special tag (Opportunist), which marks wallets suspected of insider trading or taking part in the distribution of tokens.

According to the transaction history, the first transactions for the address started on the Gate.io exchange, when the address received a transfer of over 16 ETH (~$50,000). However, it is unlikely that it will be possible to accurately identify the address, since Gate.io introduces user verification only when withdrawing more than $100,000 in cryptocurrency.

Also, the wallet received just under 50,000 in USDT through Huobi. The anonymous address received another $50,000 in ETH from another unknown wallet — 0xca…8FdD. According to the history of transfers of this address, the user is registered on the OpenSea and Rarible NFT marketplaces. At the same time, users in the comments to the address claim that altcoins received through fraudulent schemes are flowing to the wallet.

Users noted that insider trading around Coinbase has happened before. At the same time, the assumptions that the trading liquidity platform itself could be behind the purchase do not stand up to scrutiny, since the addresses suspected of insider trading quickly unloaded wallets after listing altcoins on the exchange.

The editors previously wrote that Coinbase is considering at least 50 tokens for listing in Q2 2022. Many of the tokens listed in the announcement appeared on the wallet 0x1c84…d7b6fb the day before the official announcement of Coinbase.