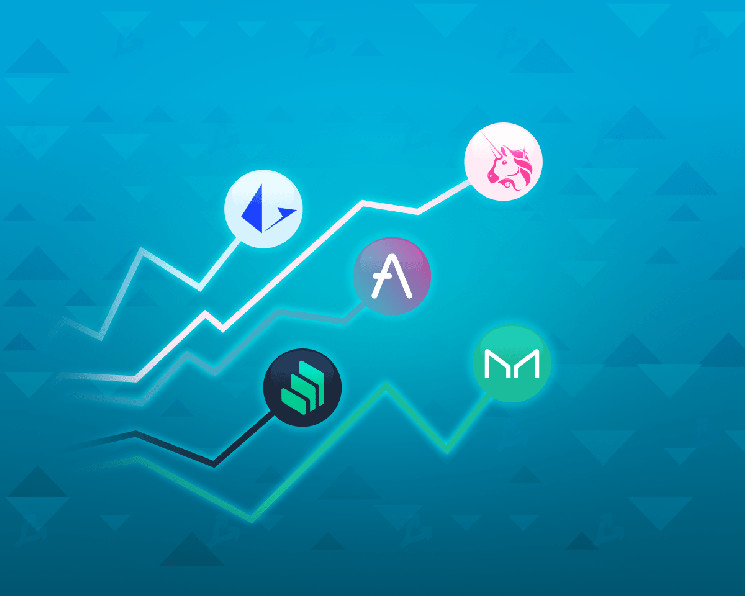 market pessimism did not affect stablecoins, staking Ethereum and its competitors in DeFi

The weakness of the market did not prevent the growth of interest in stablecoins, Ethereum staking and DeFi protocols of its competitors. Such conclusions are contained in the CoinGecko report for the first quarter of 2022.

For the specified period, the total trade turnover of the ten largest CEX and DEX amounted to $3.79 trillion against $6.08 trillion in the previous quarter.

The decline in risk appetite was reflected in the increase in the capitalization of “stable coins” in the range from 3.1% to 61.4%. The growth leader was UST from the Terra project. The market leader, USDT (+4.5%), continued to reduce its market share due to the strengthening of the positions of USDC (+23.5%) and BUSD (+20.8%).

The number of coins involved in staking Ethereum increased from 8.85 million to 11.03 million. The growth rate accelerated from 13% in October-December to 24.6%.

Analysts cited the launch of the Kiln testnet as the reason, which brought the transition to the Proof-of-Stake algorithm closer. CoinGecko noted that after the merger of the two networks, the daily emission of ETH could be reduced from 12,000 ETH to 1,280 ETH.

In the DeFi sector, the volume of blocked funds decreased from $206 billion to $177 billion. The share of Ethereum decreased from 61% to 54%. Terra (from 6% to 10%), Fantom (up to 4%) and a number of other projects managed to strengthen their positions, with the exception of Binance Smart Chain and Solana. 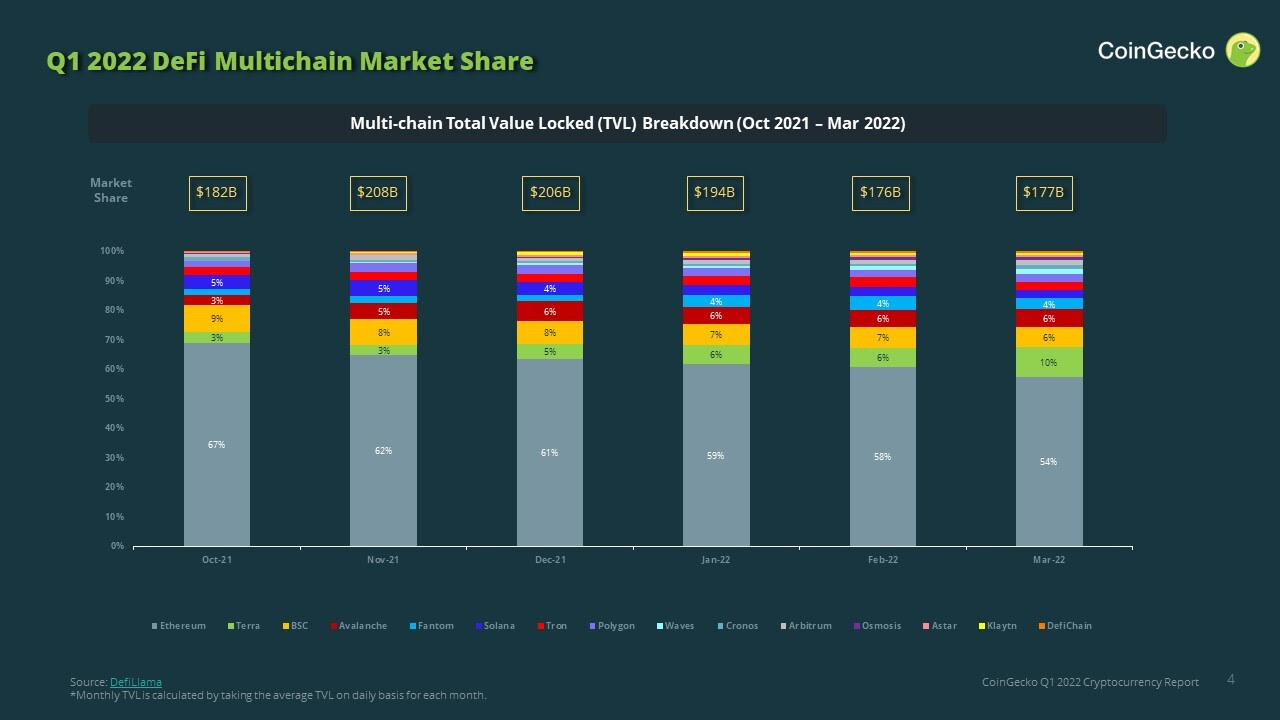 Recall for February-March TVL The Terra ecosystem has more than doubled to nearly $29 billion.