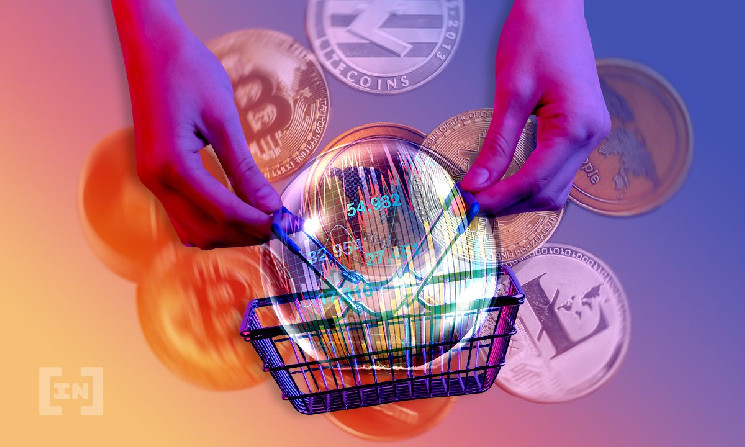 Most cryptocurrencies are still in the red, however, the share of coins that have lost more than 15% in price has decreased from 55% to 35%

According to EXMO, this distribution “strongly resembles the previous quarter.” However, the share of coins that lost more than 15% in price decreased from 55% to 35%.

The quarterly growth leader was the WAVES cryptocurrency from the blockchain of the same name. However, the editors wrote that, according to analysts, the growth was not organic. The anti-leader for the quarter was the GNY token, which lost 67% in price. Also, the list of the worst cryptocurrencies in terms of payback for the first quarter of 2022 included year.finance (YFI) and uniswap (UNI). 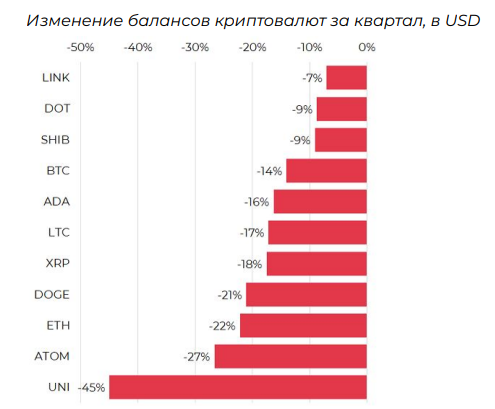 The fall in the price of UNI also affected investor sentiment. According to EXMO, the balances of UNI users on the trading platform decreased the most in the quarter. In dollar terms, EXMO users’ UNI balances decreased by -45% for the quarter.

Earlier, the editors wrote that at the close of the first quarter of 2022, the trading volume on Uniswap amounted to about $51 billion. This is the lowest figure that the trading platform has not seen since last September. The decrease in activity can be explained by the general fall in the cryptocurrency market, which has rolled back from the highs of autumn 2021.

As a result, by September 2021, the trading volume on the platform decreased by 36% from its peak in May, to about $53.4 billion. Then the recovery began, and in December the platform processed transactions in the amount of $84.9 billion.