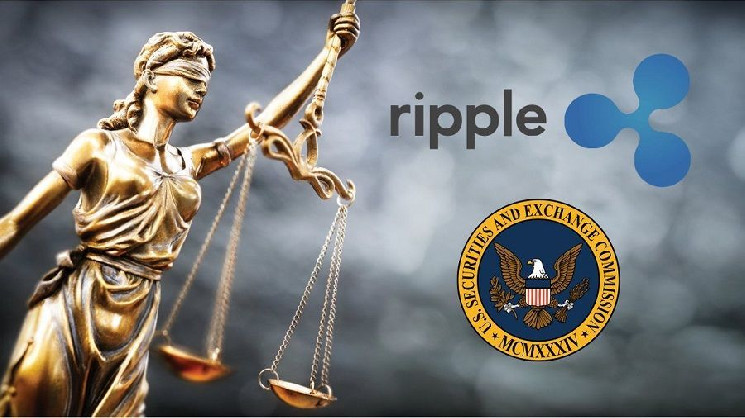 Judge in Ripple case: “SEC contradicts its own statements”

Lawyers for the crypto company Ripple called a big step towards victory the words of the judge, who announced that the US Securities and Exchange Commission (SEC) contradicts its statements.

The SEC filed a lawsuit against Ripple and its executives Brad Garlinghouse and Chris Larsen at the end of 2020. The commission insisted that businessmen in 2013 traded unregistered securities. It was about the ICO, during which the company raised $1.3 billion.

Ripple’s management does not agree with the accusations of the regulator and believes that the sale of XRP did not violate securities laws. One of the main arguments cited by Ripple was the speech of former SEC Chairman William Hinman, who in 2018 said that Ethereum is decentralized enough that it should not be considered a security.

Ripple claims that XRP should be treated the same as Ethereum and Bitcoin, so the company does not need to register with the SEC. In turn, the regulator argues that Hinman’s speech concerned his personal views on cryptocurrencies and did not reflect the position of the department.

The SEC later filed a motion with the court demanding that all documentation related to the former chairman’s speech not be included in the lawsuit. The agency stated that this documentation is protected by privileges and is exempt from disclosure in the deliberative process. However, in a recent ruling by Judge Sarah Netburn of the Southern District of New York, the SEC should not contradict itself by attempting to refute its own claims:

“The SEC seeks to retain two opposing views. Hinman’s speech was either intended to reflect agency policy or not. Insisting that it reflects Hinman’s personal views on crypto assets, the SEC can no longer withdraw from this statement. Accordingly, if the speech was not related to the department, then the discussion of the content should not be protected by any privileges.

Ripple Attorney James Filan thinks this is a big win for Ripple. Attorney John E Deaton, who represents XRP holders, called it “a step forward for the judiciary.” According to the attorney, the company was lucky with Judge Netburn, and now the SEC is “in a hopeless and vulnerable position.”

Other lawyers also believe that Ripple’s protracted legal battle with the regulator should end as early as 2022. The outcome of the case may determine the further attitude of regulatory authorities towards the entire cryptocurrency industry.