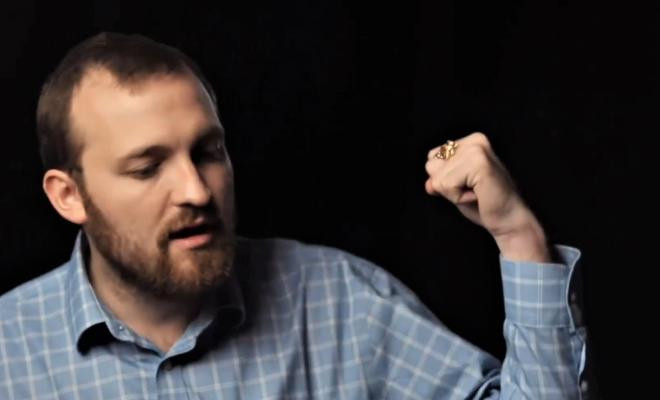 fork Vasil will provide a significant increase in chain performance

Charles Hoskinson talked about the Vasil hard fork and how he will make the Cardano (ADA) blockchain more efficient.

Charles Hoskinson – the head of Cardano, co-founder of Ethereum and just a fan of Ada Lovelace – posted a new half-hour video on Youtube, in which he spoke about the prospects of his project. You can enjoy the video about Cardano with Charles without leaving the Bitka website:

Hoskinson, who has been traveling around Switzerland and Poland for the past 2 weeks, made a summary video of various things and answered the community’s most pressing questions. Charles began his review of the past days with a message about preparations for the Consensus 2022 summit – it will be held in Austin, Texas from June 9 to 12. Brief quote from him:

We’re renting a big pavilion there and we’re going to partner with many other members of the Cardano ecosystem and hopefully we can demonstrate that Cardano is open for business.

Further, the mathematician and developer told why the Vasil hard fork, which was deployed on the Cardano blockchain in June, is so good:

As you know, there will be a major major hard fork combinator event in June, namely the Vasil hard fork, and it will feature pipelining that will greatly improve Cardano’s performance, along with the first wave. significant improvements to Plutus since Plutus shipped in September.

John Woods, director of architecture at Cardano, spoke about what kind of pipeline processing this is:

Pipelining is essentially an evolution of Cardano’s plumbing. This is a key element of our scaling plan for this year, one in a series of published steps that outline our methodical approach to resiliency in Cardano as the ecosystem grows.

Pipelining is just one of the pillars supporting Cardano’s scaling this year. Together, all these changes are leading Cardano to become faster than its competitors this year and become a highly competitive decentralized finance (DeFi) platform.

Charles himself noted a little earlier: the creators of many DeFi services are waiting for a hard fork. And this means that with its launch, the inflow of funds into the ecosystem will increase dramatically.

And a little about why the fork got the name Vasil. The update is named after Vasil Dabov, Charles’ buddy from Bulgaria and Cardano’s ambassador, who recently died. Vasil was known as a blockchain project consultant, Haskell developer and just a veteran of the Bulgarian IT sector – he co-founded and vice president of the local ACT Group from 1989 to 2000.