“Crypto winter has already arrived.” How the price of bitcoin collapsed and what’s next


Bitcoin has fallen 40% from its all-time high. Experts told whether it is worth waiting for a repeat of the scenario of 2018, when cryptocurrencies lost 80-90% in price 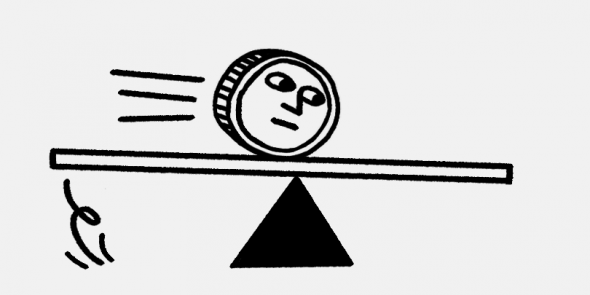 The period when cryptocurrency quotes fall for a long time is called a crypto winter. It also signals a drop in interest in the field of digital assets.

The history of crypto market crises

The first crypto winter happened in 2014-2015. In December 2013, the bitcoin rate almost doubled after the announcement of the ban on cryptocurrencies in China. And in February 2014, the Mt.Gox crypto exchange, which was popular at that time, was hacked and 744,000 bitcoins were stolen. As a result, Mt.Gox filed for bankruptcy and closed down, causing panic in the market. From that moment, the first protracted fall of bitcoin began, which is commonly called the “crypto winter”. During this period, the bitcoin rate decreased by 87%.

In early December 2017, the Chicago Board Options Exchange (CBOE) and the Chicago Mercantile Exchange (CME) announced the launch of bitcoin futures trading. On December 18, 2017, they launched, and the price of the first cryptocurrency began to fall sharply. In just 5 days, the rate collapsed by $8,000 (40%) — on December 22, it was about $12,000. On January 30, Facebook, Twitter, and Google banned advertising of cryptocurrencies and binary options on their sites. After that, the price of bitcoin continued to fall. By the end of 2018, the bitcoin exchange rate had fallen by 84% from its maximum.

And what about halving?

It can be seen that the second high of Bitcoin and the subsequent collapse occurred four years after the first. There is a theory that cryptocurrency growth cycles are associated with halving – a two-fold reduction in the reward of miners for a mined block.

A year after the 2016 halving, when the reward for finding bitcoin blocks was reduced from 25 BTC to 12.5 BTC, bitcoin and most other cryptocurrencies hit new record highs.

In 2020, the block reward was reduced from 12.5 BTC to 6.25 BTC. And the next year, cryptocurrencies recorded all-time highs.

Is the crypto winter already underway?

The crypto winter has already arrived, Nikita Zuborev, a senior analyst at Bestchange.ru, is sure. He added that the rise in the price of bitcoin to $48,000 at the end of March is a standard corrective movement after such a rapid price drop of almost 50% from November 2021 levels. The specialist noted that now we should expect a long-term correction to levels of about $28,000.

BitRiver financial analyst Vladislav Antonov disagreed with Zuborev. In his opinion, we can talk about the first signs of a crypto winter after the breakdown of the $34.5 thousand level. The expert believes that the $39.5 thousand level is an intermediate support for bitcoin.

Zuborev added that the longer the accumulation of capital in the range of $25-40 thousand for bitcoin lasts, the faster the price growth will be at the end of this market phase. If nothing out of the ordinary happens on the market during this period, then we should expect a change in the trend to a global ascending one by mid-2023, the expert predicted.