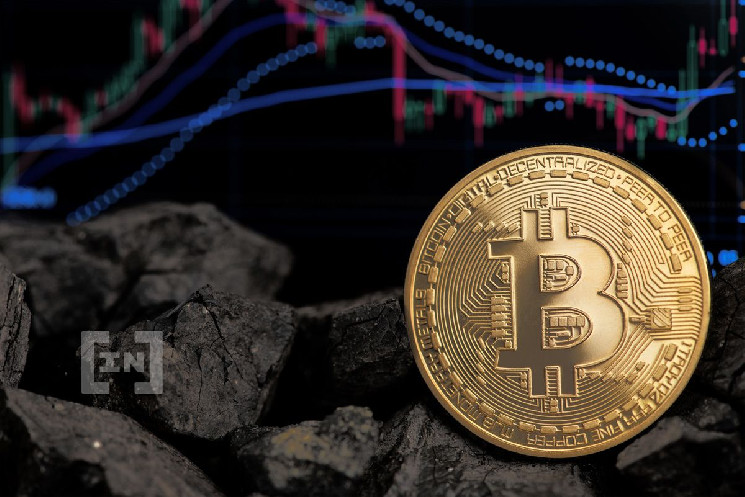 Indicator mining difficulty is one of the key on-chain indicators of the Bitcoin (BTC) network.

In simple terms, mining difficulty is a value that measures the cost of a miner to mine and confirm a new block in the network. The higher this indicator, the higher the competition between miners.

After the third halving (vertical dotted line), this on-chain metric rose until March 29, 2021 (black circle) and then plummeted as miners left China.

However, then, from July 2021, the indicator resumed growth at an even faster pace, moving all-time highs. The last such record was set this month. 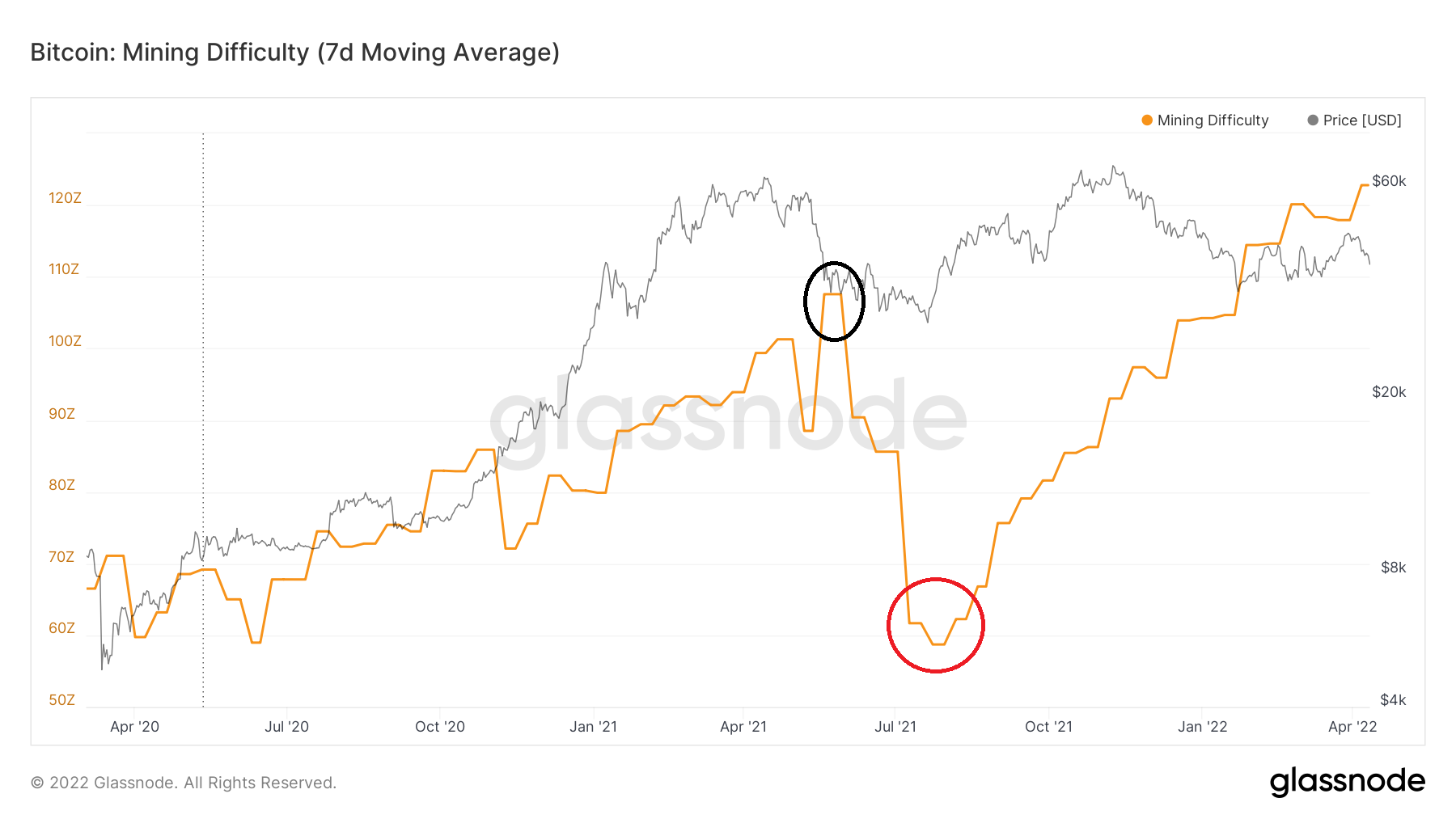 Since the hash rate is just below all-time highs, it is possible that in the coming weeks we will see a downward correction in mining difficulty. 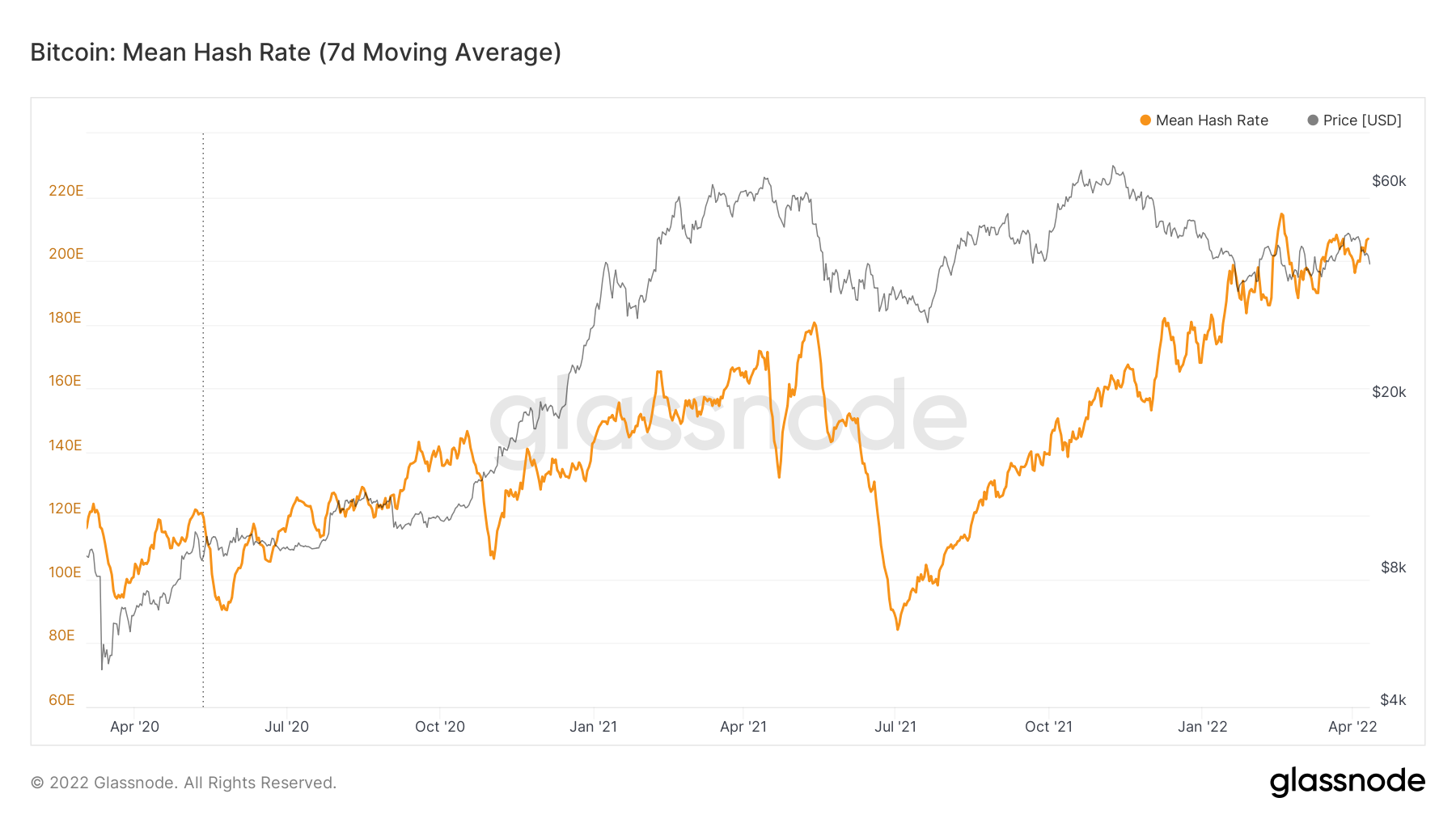 The Fee Ratio Multiple (FRM) on-chain metric is the ratio of miner income to transaction fees. This is one way to estimate the security budget of miners, which is formed from a combination of block rewards and transaction fees to cover their expenses. As the block reward is halved every four years as a result of halvings, PoW chains will become increasingly dependent on transaction fees.

A low FRM indicates that users do not have to pay a high percentage of each transaction as a fee to securely transact on the BTC network, and Bitcoin can maintain its current security budget without subsidizing the block reward. Accordingly, the opposite is true for high FRM values.

During periods of bull markets, this on-chain metric is kept at low levels, usually below the 20 mark (black line). However, during periods of correction, the indicator can jump sharply and reach values ​​of more than 100.

It is also interesting how long the FRM remains at high levels before the BTC bull run begins. In 2018, the indicator stayed above the 60 mark for 11 months. In 2019, the duration of such a period was 9 months.

Now FRM has been holding above 60 since August 2021 – for 9 months already. As you can see, such indicators historically precede the bull run in prices.

On-chain metric Thermocap and its coefficient

Thermocap is a BTC network indicator that measures the total amount of revenue generated by miners to keep the network secure. The thermal cap metric calculates the ratio between mined bitcoins (in the form of a block reward) and their denomination in US dollars. The Market Cap Ratio/Thermocap measures the ratio of Bitcoin market cap to miner spending. 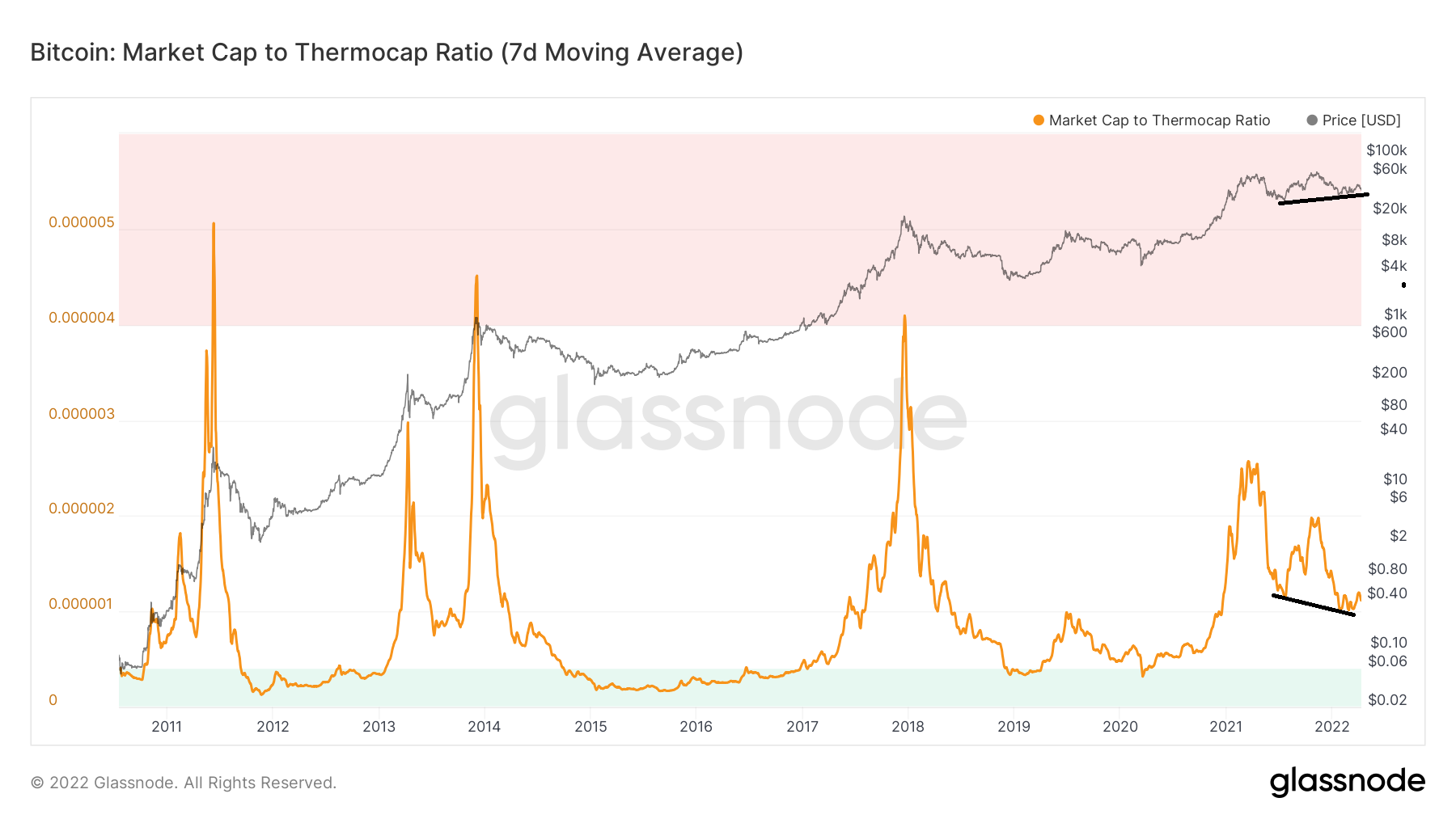 Thus, This metric assumes that BTC more undervalued than in July 2021.