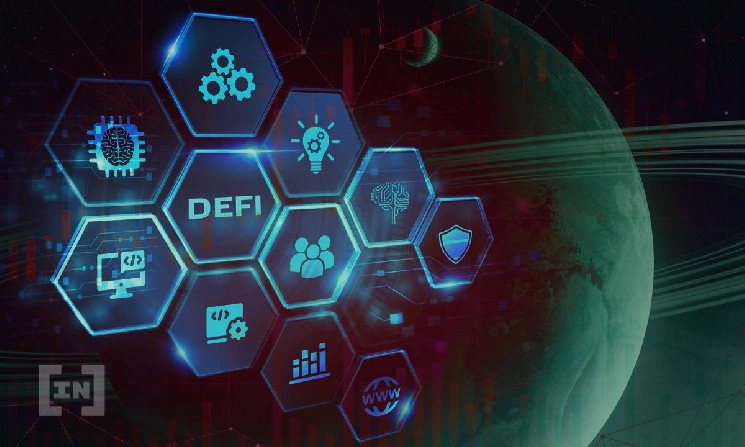 Wonderland founder Daniele Sestagalli, who has come under fire for entrusting the finances of Wonderland to ex-convict Michael Patrin, tweeted that the new pool will allow regular traders in the DeFi industry to earn high returns from stablecoins.

“The new focus of my development is affordable finance for everyone, a value that brought me to the crypto industry,” Sestagalli tweeted on April 9.

He promised a “new era” in stablecoin yield farming with up to 40x leverage. Leverage allows users to take a much larger position in a particular cryptocurrency without having to buy the crypto asset at full value.

Sestagalli claims that the first such pool will be linked to the Ethereum-based Yearn Finance protocol. He said that users will be able to earn over 80% APY on DAI stablecoin deposits.

“The key is to give people with little capital the opportunity to earn much more: the introduction of brand new pools with a limited amount per address and a huge leverage of 40x+, providing the best return for small traders,” he added.

1/ The beginning of a new era of Leveraged Stablecoin Yield Farming is about to begin. Worked hard in the last weeks while everyone was thinking ‘Dani is over’ ‘Them projects are dead’ to deliver something that truly changes the game for the Frog

Sestagalli leads the community of decentralized finance (DeFi) projects he helped found, including Wonderland (TIME), Abracadabra (SPELL), and Popsicle Finance (ICE). They are often referred to as the “Frog Nation” and the members refer to themselves as “frogs”.

In February, the Michael Patrin (0xSifu) scandal dealt a serious blow to the reputation of Sestagalli, who is also known as Dani Sesta. Now he is trying to get back into the world of DeFi again.

The DeFi founder found out about Patrin’s controversial past but kept quiet about it for a month, allowing the former prisoner to manage Wonderland’s finances. Sestagalli confessed only after the case was solved by a crypto detective under the pseudonym Zachxbt.

When the news became known to investors, Wonderland’s TIME token crashed. The coins of other projects in which the developer was involved also suffered. Many participants have lost money. Sestagalli promised to return everything, but did not.

Dmitry Mikhailov, CTO of the metaverse game Farcana, told BeInCrypto that Sestagalli will likely find it difficult to reclaim the reputation he has built throughout 2021.

“Him [Сестагалли] we will have to hope that investors will once again become interested in this kind of “degenerate” activity, which he led,” Mikhailov said.

“Until the market starts to recover across the board, it’s hard to imagine that his new project will gain the same popularity as Wonderland and Abracadabra”‎.

He also hopes that the project will “bring much more fees to the protocol on the back of robust growth, a strong peg to the US dollar, and ubiquitous use of scaling solutions.”‎

“The new pool will be launched with zero commissions and zero interest rate‎”‎.

“OMG,” the developers of Curve Finance, a DeFi protocol with low fees for stablecoin transactions, wrote in response to Sesta’s tweet, which in some ways reflects the community’s reaction to the developer’s new project – shock and disbelief.