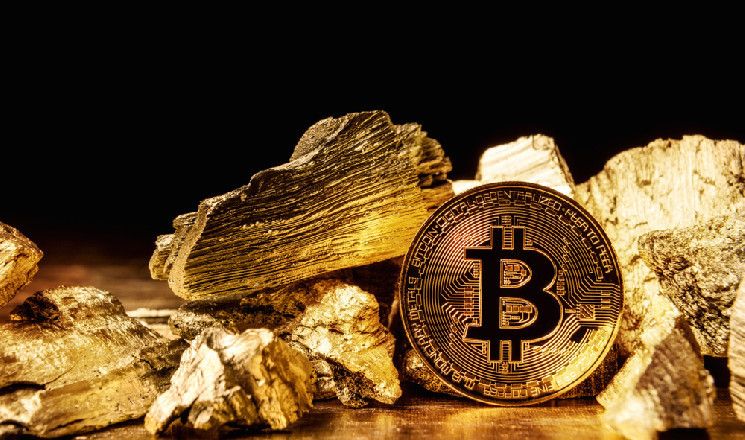 The sanctions of Western countries on the part of the gold and foreign exchange reserves of the Russian Federation are the “end of the Eurodollar era” in the world.

Arthur Hayes, former head of the BitMEX crypto exchange, confirmedthat, in his opinion, “the global financial infrastructure, which is based on the eurodollar, ceased to exist at the moment when Western countries decided to” freeze “a part of the gold and foreign exchange reserves of the Central Bank of the Russian Federation.”

According to him, “the end of the eurodollar era” and the transition to a new era “makes it completely rational for any country, unless it is the United States or the EU states, to consider the possibility of “keeping” funds in gold and, as a result, look at the option of investing into bitcoins.

Hayes believes that strategically such a movement of a number of countries will lead to the fact that bitcoin will reach the level of one million dollars. At the same time, gold, which at the beginning of April 12 costs $1,948/troy ounce, will rise in price, according to him, to $10,000.

In Hayes’ vision, in the future, investors will become equally interested in both gold and bitcoin, and the share of the former among hedge assets will not decrease much. At the same time, the assessment of the New York fund VanEck suggests that gold will lose its popular place among financial assets, as a result of which, as believe in VaneEck, bitcoin could hit $4.8 million.

It is also curious that the ex-head of BitMEX, speaking about the short-term dynamics of the price of cryptocurrency No. 1, said that the correlation of bitcoin with the behavior of the Nasdaq Composite index could lead to the fact that on the short-term horizon, that is, in the summer of this year, this digital asset could test the level at 30 thousand dollars.