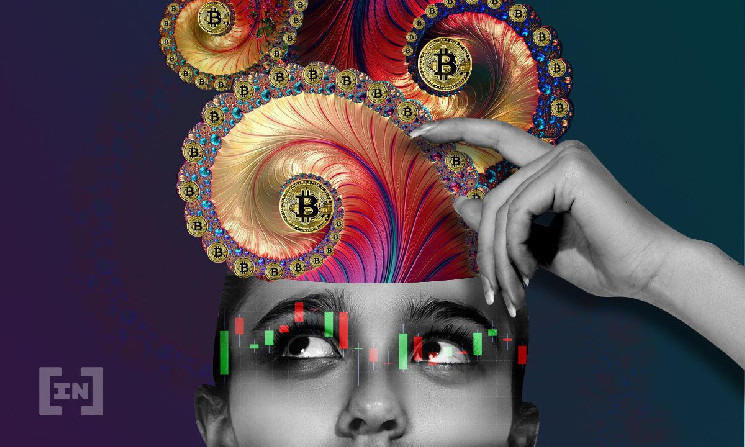 RSI index dipped to the lowest value since January

Bitcoin does not show clear signs of a reversal after pulling back from the local top formed on March 28. However, BTC is oversold and trades around the convergence of several support levels.

However, it seems that the coin was able to bounce off the strong ascending support line that has been present on the chart since January 22. Nearby is also the Fibo level 0.618 of the correction of the last bullish move (at $39,700).

If this support area does not hold, then another ascending support line (dotted line) at $37,500 will come into play. It connects the absolute lows of the candle wicks instead of the closing price.

Despite a slight rebound, the daily chart indicators show a bearish tone. This is especially noticeable on the MACD, which is declining and has entered the red zone (red icon). In addition, the RSI is also declining and has fallen below the 50 mark. Both of these signals are considered signs of a bearish trend.

And finally, the decline of BTC on April 11 occurred against the background of trading volumes exceeding the average values ​​(black arrow). This also supports the possibility that the trend is bearish. 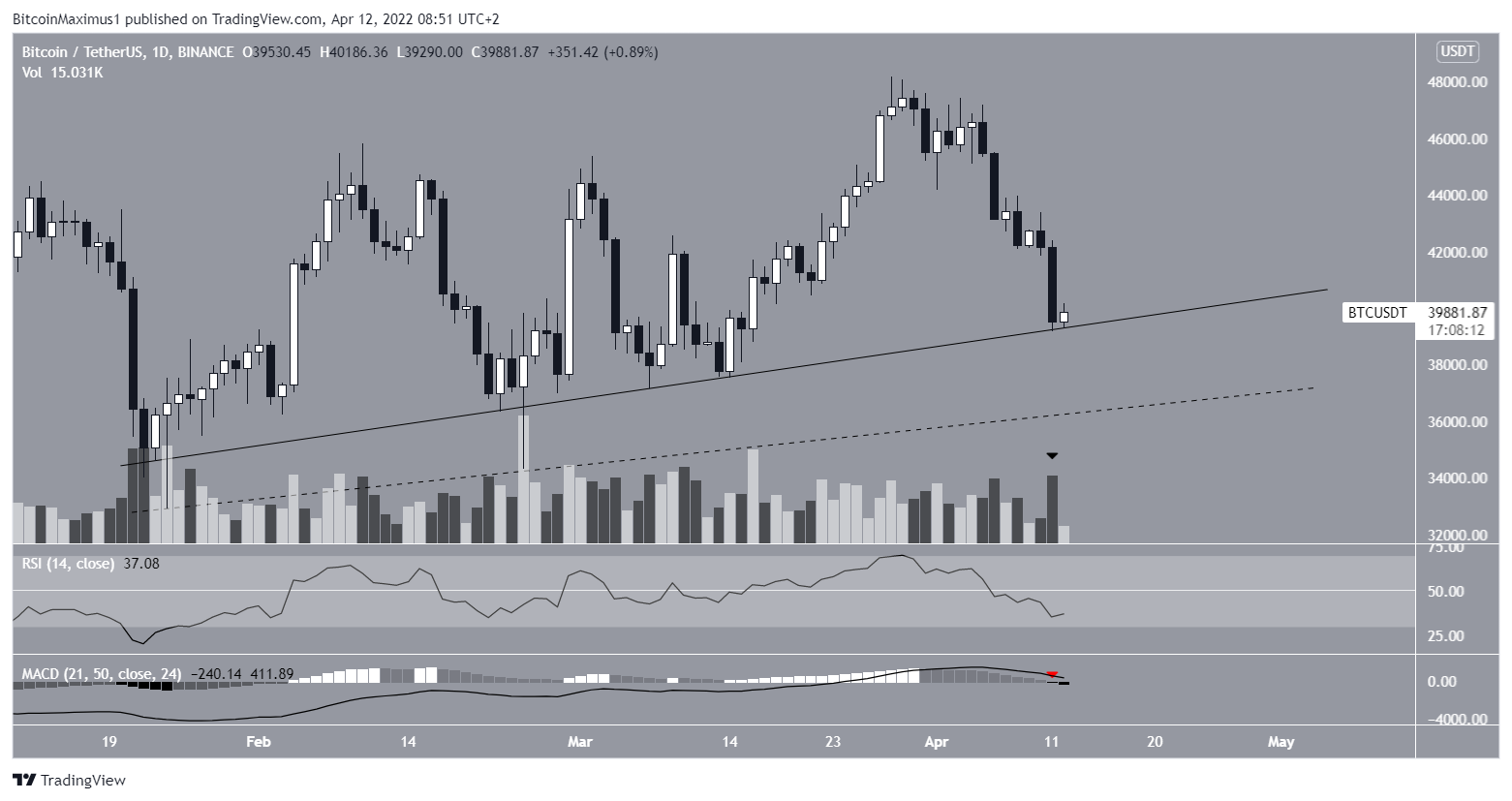 In the 4 hours chart, Bitcoin made a bearish break out of a descending parallel channel and then turned it into resistance (red icon). This event preceded the acceleration of the bearish move in BTC.

Noteworthy is the RSI index, which is now at 22. This is the minimum value since January (green circle), and then the price formed a local base.

Thus, the short-term timeframe suggests that Bitcoin is close to bottoming out. 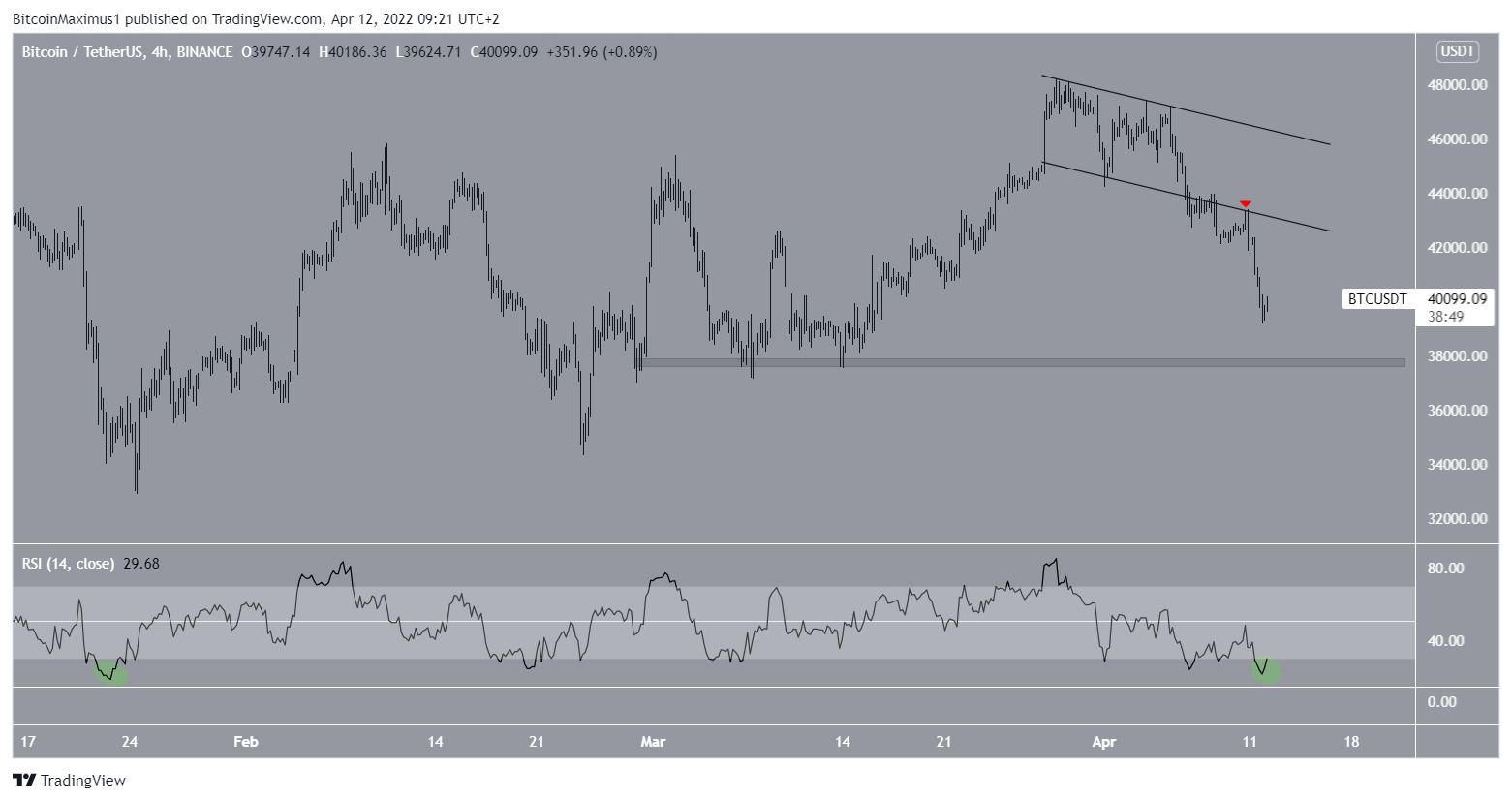 The results of the long-term wave analysis indicate the likelihood of a rally in relief towards at least the $50,000 area. However, BTC may form another low first.

The price decline since March 28 has the form of a corrective structure ABC (black), in which the ratio of waves A and C already exceeds the ratio of 1:1.61. The next standard ratio would be 1:2.61 and would set the low at $37,100.

The results of the sub-wave analysis are shown in red on the graph. 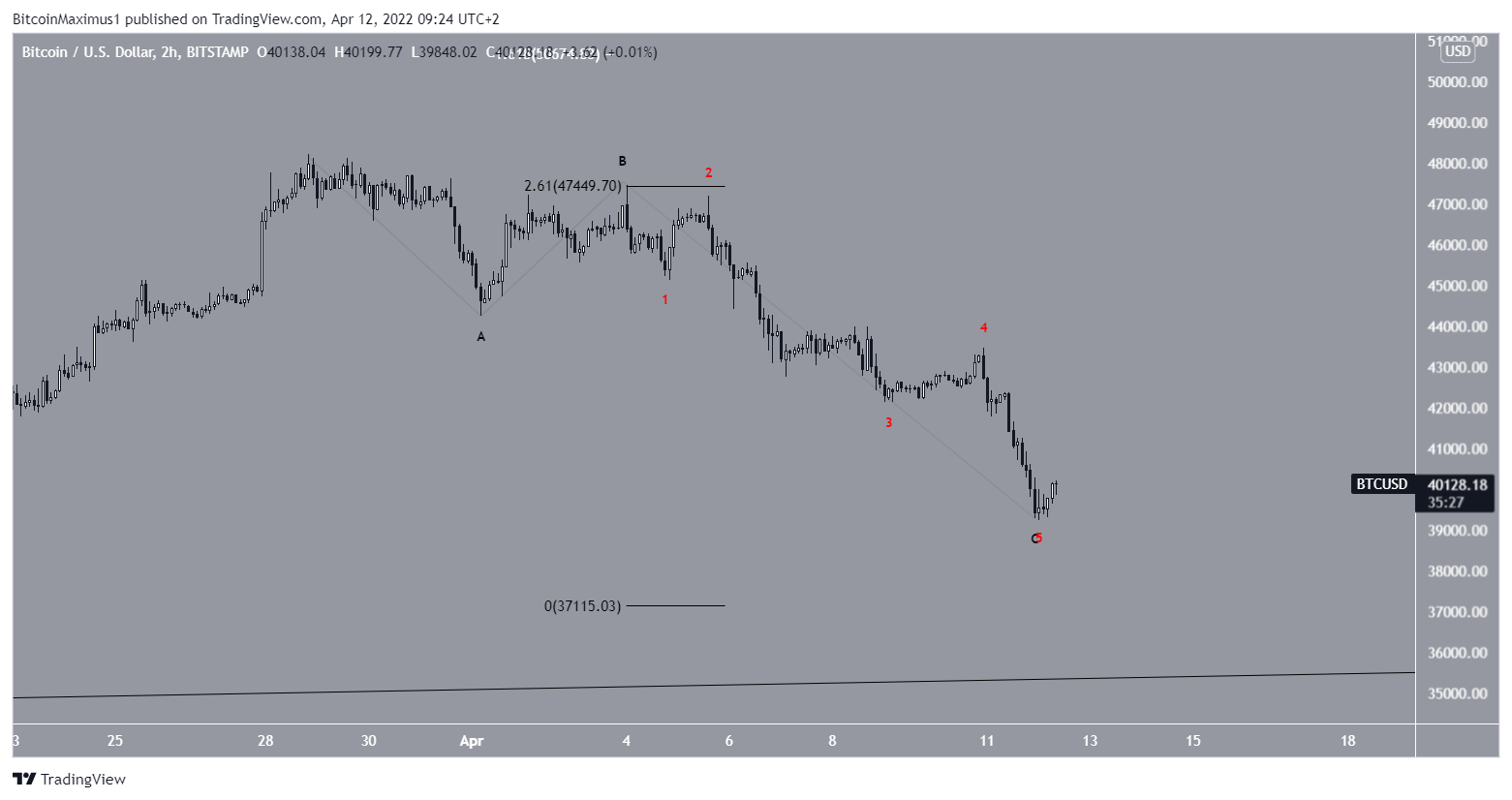 The 1-hour chart suggests that sub-wave 5 is ending. This will probably happen after another short-term drawdown.

This gives us a potential target at $38,000, after which we should expect a significant BTC reversal.

In any case, it looks like the bottom is already very close. 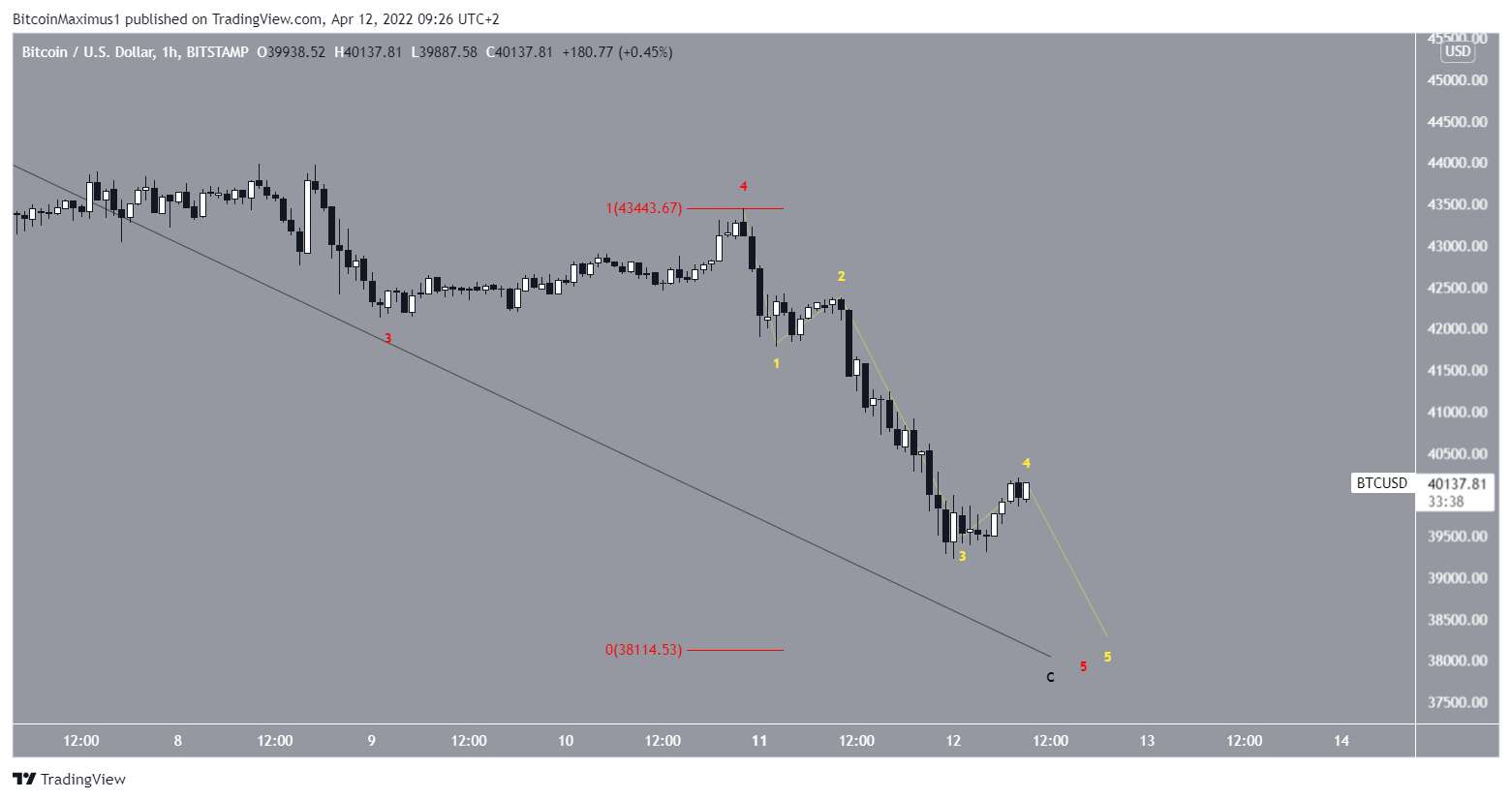