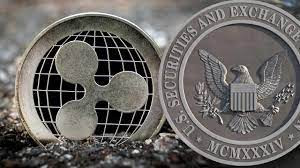 The latest development in the lawsuit was a big victory for Ripple. Judge Sarah Netburn denied the Securities and Exchange Commission’s request for a partial review of the Deliberative Privilege (DPP) ruling on William Hinman’s letters.

#XRPCommunity #SECGov v. #Ripple #XRP BREAKING: The Court has denied the SEC’s Motion for Reconsideration of the DPP Ruling and granted the SEC’s request for clarification of that ruling.https://t.co/yXNmx67zpQ

According to the court ruling, following the SEC’s request for a partial review, the SEC did not identify any interim changes in regulatory laws or decisions that were not addressed by the court’s ruling of January 13, 2022, according to which the SEC should have sent these letters.

The SEC noted that William Hinman’s 2018 speech was originally intended to communicate the agency’s finance department’s approach to digital currency regulation, which was inconsistent with the former CFO’s previous position that the speech reflected his personal views.

“The SEC seeks to approve both, but the speech was either meant to reflect agency policy or not. By insisting that it reflects Hinman’s personal point of view, the SEC cannot now overrule its own position.”, – says an excerpt from the decision.

Under Judge Netburn’s latest ruling, the SEC has 14 days to file an objection to Judge Analise Torres.

Recall that in a ruling dated January 13, 2022, the SEC was ordered to provide Ripple with emails with drafts of a speech by former director Hinman in 2018, in which he spoke about the regulatory status of Ethereum (ETH).

The speech, according to the company, will provide an answer to the claim of whether XRP is a security, which is the main cause of action.

Throughout the lawsuit, Ripple argued that there was little to no regulatory guidance for determining exactly how cryptocurrencies were regulated as securities.

Based on this gap, Ripple requested documents from the SEC containing messages from SEC officials detailing the relevant policy.

However, the SEC refused to hand over the documents, saying that they reflect the personal opinion of its employees and cannot be used for public review.

Although Judge Netburn denied the SEC’s motion for a partial review, the court granted the agency’s request for clarification of the decision dated June 13, 2022.

Attorney Jeremy Hogan, of the law firm Hogan & Hogan, said the order was “troubling” given the fact that Judge Netburn allowed the SEC to redact parts of the documents that dealt with “individual agency discussions.” Lawyer Jeremy Hogan believes that the SEC can edit something important and no one will know about it.

Judge Netburn sticks to her guns on the DPP issue and re-re-re-Orders the production of the emails related to Hinman’s speech.

The Order includes some uncharacteristic SEC chastising from our Judge (I’m mirroring her in stating that as politely as possible). 🙂 (1/2) https://t.co/gahWaijVqw pic.twitter.com/Di3JbQsdje

Here you can see the current xrp exchange rate against the dollar.