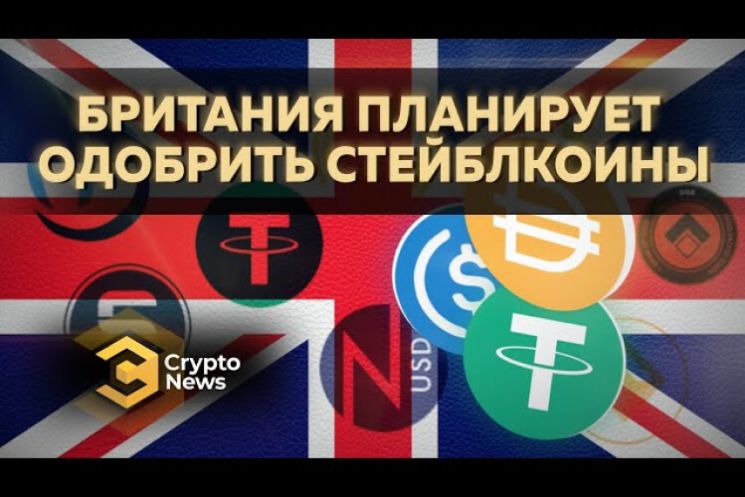 The Government of the United Kingdom has officially announced its intention to amend the regulatory framework to include stablecoins as a full-fledged means of payment. The UK Treasury began actively consulting with a variety of experts, universities and organizations in January last year to assess the prospect of digital assets from all sides. The British authorities did not rule out that this type of virtual money could soon be used by citizens to make small everyday purchases.

Cointelegraph has published the results of a study, the subject of which was the active development of the digital asset industry around the world. Between November 2021 and February 2022, they managed to interview about 300,000 respondents in 20 countries. Most notably, 53% of residents from India, Brazil and Hong Kong purchased their first cryptocurrency in 2021. The report also talks about the increase in the activity of crypto traders in Latin America and the Pacific region. A high level of cryptocurrency ownership has been recorded in Singapore, Israel and the United Arab Emirates. In these countries, about 35% of the population owns virtual money.

The NEAR Protocol team has closed a $350 million funding round led by venture capital fund Tiger Global with participation from Republic Capital, Hashed, FTX Ventures, Dragonfly Capital and other investors. Against the background of the investment round, the native token of the NEAR platform grew by 9% to $16.8. The funds raised will be used to increase the number of regional hubs in key community centers around the world. According to the team, there are about 300 applications running on the NEAR platform with more than 200,000 community members worldwide.

Reddit has begun integrating NFTs issued on the Ethereum blockchain. Site visitors can now purchase NFTs to use as their profile picture. This is similar to Twitter’s initiative to use unique NFTs on the Ethereum blockchain in an avatar image. There are already four NFTs from the Reddit CryptoSnoos collection for sale on the OpenSea platform, which can be used as avatars on the Reddit platform.