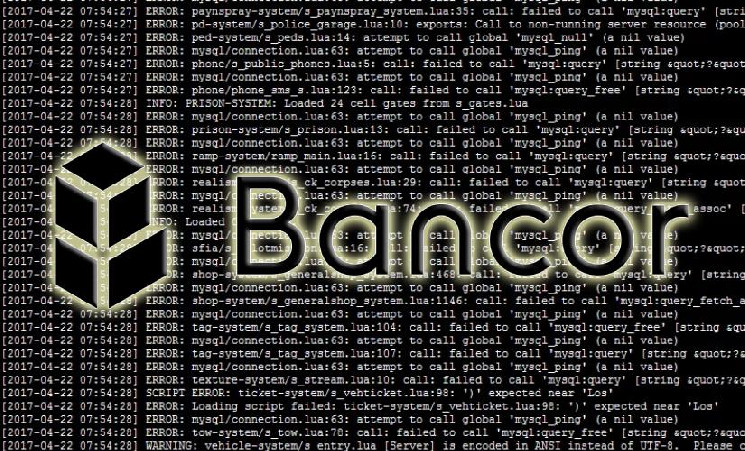 Representatives of the blockchain startup Bancor announced the launch of a reward program for detecting errors in the protocol. They noted that this aspect is becoming more and more important in the cryptocurrency world. Hackers began to attack various crypto projects more often and the security issue gradually became more significant.

From now on, Bancor will reward programmers who find bugs with cash in the amount of up to $1 million. Each specialist who can identify a critical threat to the operation of this network is guaranteed to receive a payment.

The launch of the new rewards program coincides with the launch of the Bancor 3 code to the general public. The founders of the project said that as they get closer to the release of B3, they invite all hackers and developers to review the current code and find all possible errors in it up to the moment.

Representatives of the company noted that if less serious threats to the operation of the protocol are identified, cyber specialists can also count on a reward, but it will be more modest. The discovery of a serious error will bring the programmer $ 40 thousand, and not critical – from $ 1 thousand to $ 5 thousand. The company also assured that it undergoes independent audits from such large security firms as OpenZeppelin, Certora and Peckshield.

All monetary rewards will be paid even before the official launch of the new protocol, which is scheduled for mid-May 2022. This update is intended to improve the decentralized finance (DeFi) infrastructure within the network in question.

Earlier, the Crypto.ru editors reported that the SushiSwap community expressed a desire to merge with the Bancor Network. According to Internet users, this should bring benefits to traders due to the increase in the number of liquidity providers.