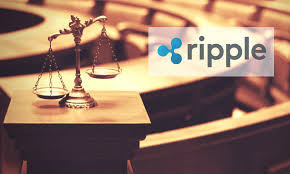 the court orders the plaintiff to correct

Magistrate Sarah Netburn ordered the US Securities and Exchange Commission to submit all proposed amendments to a closed hearing. The SEC is expected to file them by April 8.

In her Jan. 13 ruling, the judge determined that the deliberative process (DPP) privilege does not apply to certain sets of notes because gathering facts from third parties is not necessarily a privileged activity. None of the notes contain communication between a lawyer and a client, so they are not protected from proceedings.

However, the judge also allowed the SEC to edit portions of the notes that reflect employees’ own “discussions or messages”.

In late March, the SEC filed a motion specifically asking the judge to allow editing of certain recordings made during certain meetings with third parties. One of the meetings was devoted to the regulatory status of bitcoin with Stanford Law School professor Joseph Grundfest. The former Ronald Reagan-appointed SEC commissioner warned the regulator against taking enforcement action against Ripple, warning that doing so could harm XRP holders.

One of the meetings in question also focused on the legal status of initial coin offerings, which were hugely popular in 2017 and collapsed en masse the following year.

Ripple stated that it does not dispute any of the proposed redactions, but reserves the right to comment.

Handwritten notes will be reviewed privately by the judge behind closed doors, meaning that defendants or other parties will not be able to view unedited documents.