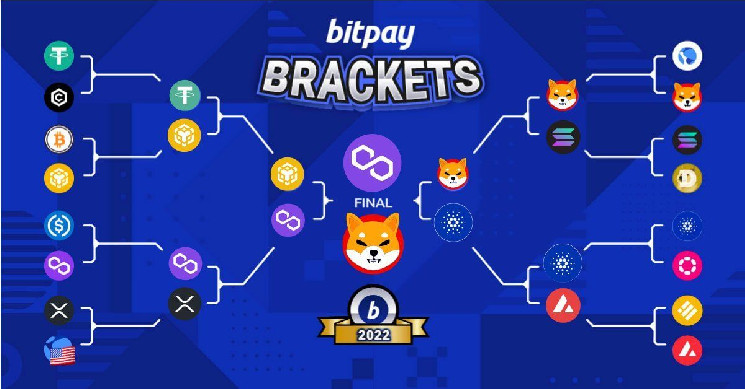 Shiba Inu lands a landslide victory in the BitPay competition

The BitPay-Brackets contest was organized to find out which cryptocurrency is about to show explosive growth.

The competition included four rounds with 16 coins including Binance Coin, Cardano, Solana, Polkadot, Dogecoin and other altcoins. The crypto community had to choose their favorite cryptocurrency from a certain pair at each stage of the tournament.

During the first three rounds, the Shiba Inu coin managed to defeat Terra, Solana, and then Cardano. In the final, the token had to fight with Polygon, where SHIB won a landslide victory.

The outcome of the tournament demonstrated the strength of the Shiba Inu community, which remains active despite the sluggish performance of the meme token in 2022.

Voting participants will be eligible to win several prizes from BitPay.

Despite winning the recent tournament, SHIB accounts for only 0.46% of total transactions, which shows that the actual adoption of the coin does not correlate with community liking.