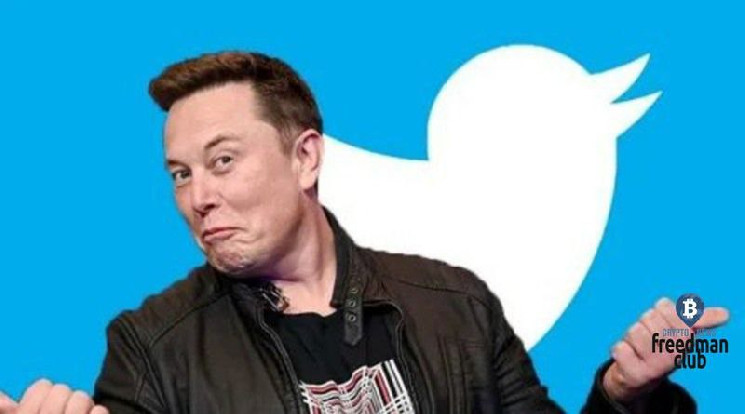 Twitter will appoint Elon Musk to the board of directors.

It was clear from conversations with Musk in recent weeks that he would bring a lot of value to management,— CEO Twitter

Whenever Elon Musk does something on Twitter, the crypto market reacts to it. Posting a tweet, changing his avatar or updating his biography affects the crypto markets – the latter especially, raising the price of Bitcoin by 20%. The entire community is in anticipation of what Musk’s investment in Twitter will mean for the crypto world.

Elon Musk has acquired a 9.2% stake in Twitter. This makes it the largest stakeholder in the platform. The news instantly lifted Twitter shares over 22% in early trading and pushed Dogecoin (DOGE) to two-month highs.

Ken Lee, Chief Investment Officer of Binance Labs, said that Musk’s investment will help advance the platform’s crypto boards and even lead to the integration of DOGE into it, and this event will further promote Twitter’s exploration of more crypto and blockchain features.

According to Lee, “Elon Musk’s investment in Twitter could help accelerate the adoption of cryptocurrencies on Twitter. It remains to be seen if Twitter will start adopting Elon’s favorite Dogecoin in the future.”

Elon Musk is pretty good about DOGE. Due to his tweets with DOGE, the value of the crypto asset skyrocketed, resulting in Musk being accused of price manipulation. The billionaire also said last year that DOGE is better than BTC when it comes to payments. In January 2022, Tesla began accepting DOGE as payment for its products.

Despite this, official records show that Musk’s firm owned $2 billion worth of Bitcoin as of the end of 2021. Part of Tesla’s BTC assets was sold in March 2021 to test the liquidity of such a volume. This resulted in realized profits of at least $128 million.

On the other hand, Twitter is also keen on blockchain-based technologies such as non-fungible tokens (NFTs). Back in January 2022, Twitter opened up support for NFT avatars to followers of Twitter Blue, a paid subscription service that costs $2.99 ​​per month. However, Musk reacted negatively to this feature. He declared:

“Twitter is wasting engineering resources on this bullshit while crypto scammers are throwing a spambot blocking party on every thread? “

Other than that, Twitter also supports cryptocurrency tips through its tipping jar feature. Back in September 2021, the platform enabled BTC tipping, which allowed users to use third-party apps to receive tips. In February 2022, the platform added ETH to its tip options.

“Crypto-Twitter” is not just a term. With a booming stream and plenty of interaction opportunities, once known as a “microblogging” platform, the platform has become the center of debate in the crypto world.