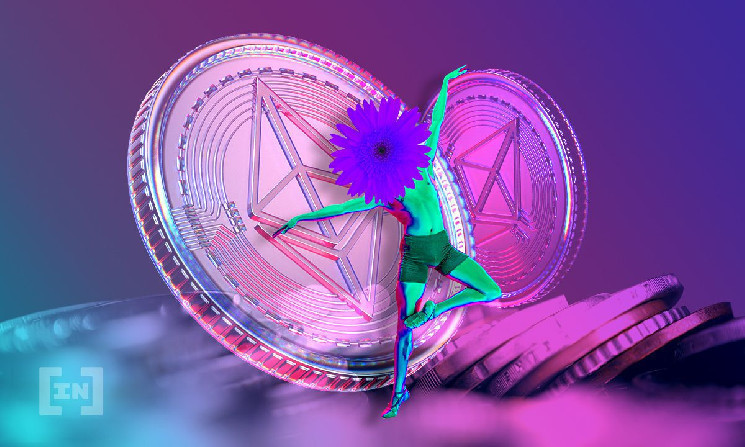 The average 7-day amount of fees paid by Ethereum users for making transactions on the network was 39 times higher than that of the BTC network.

The amount of funds received by the Ethereum network in the form of transaction fees is currently 39 times higher than that of the Bitcoin (BTC) network. At the same time, the ETH rate is now actively growing, having strengthened by 30+% since mid-March. 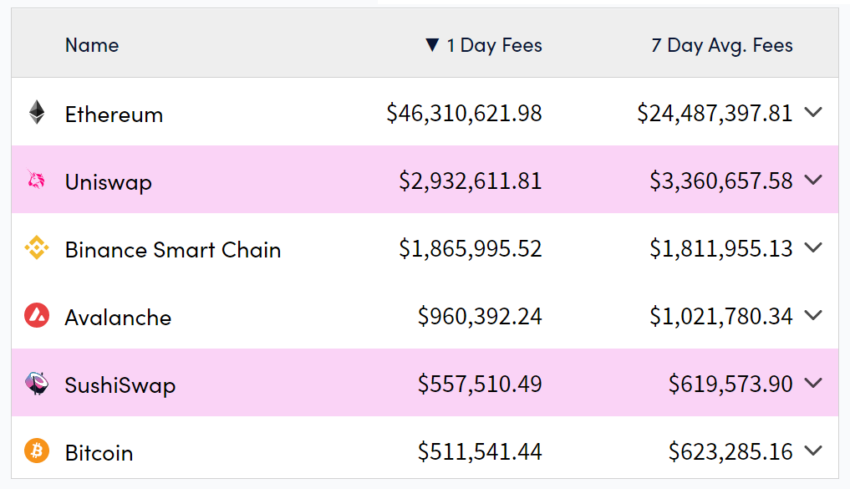 Recently, the network has shown increased activity against the backdrop of the growth of the value of its native ETH token, which strengthens investor confidence in this blockchain. A significant part of the funds in the form of commissions comes to the network from decentralized exchanges (DEXs), which have settled in the Ethereum ecosystem. So, over the past seven days, the Uniswap exchange has attracted over $3.3 million in commissions.

In total, over the past 365 days, the inflow of funds to Ethereum in the form of transaction fees amounted to about $10.7 billion. The growth rate of this indicator has especially accelerated since the 4th quarter of 2020. Obviously, this was due to the rise of decentralized finance segments. DeFi and non-fungible tokens NFToriginally based on this blockchain.

The protocol’s total revenue has consistently outpaced that of the Bitcoin network, according to Token Terminal. The transformation of Ethereum into a hub for DeFi activity will further strengthen this trend.

Technical upgrade will expand the horizons

Of course, the development of the project continues to wade through thorns. Thus, exorbitantly high gas prices are still a serious problem for many users. The second level (Layer-2) scaling solutions that developers are tirelessly working on are also a reason for optimism in this matter.

In mid-March, the project team launched latest testnet (Kiln) for the long-awaited transition of the protocol to the Proof-of-Stake (PoS) consensus algorithm. At the moment, this event is still scheduled for the current year, 2022.

All these processes of technical improvement of the network can potentially stimulate further influx of new investors into the Ethereum ecosystem and, accordingly, the growth of the network’s revenue.

The volume of newly registered Ethereum wallets fell by 50%