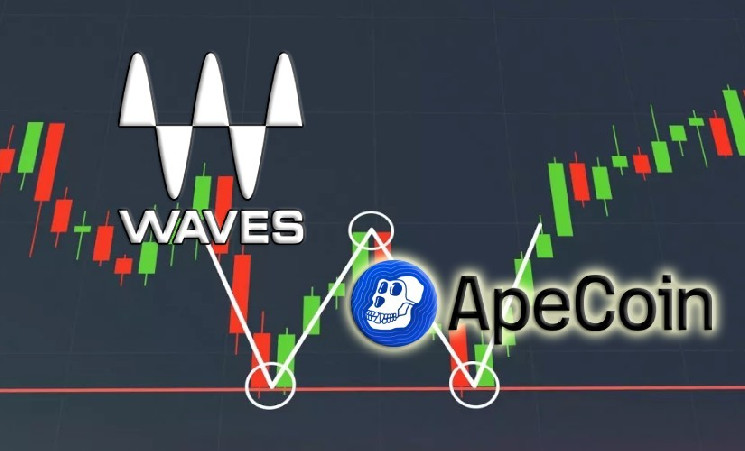 Cryptocurrency expert announced the correction of Waves and Apecoin

A well-known cryptocurrency analyst under the pseudonym Altcoin Sherpa shared his vision regarding the future of the Waves and Apecoin cryptocurrencies. In his opinion, these digital assets will soon fall into a correction phase and explained why his point of view is this. He noted that the market is now in transition. The value of altcoins is extremely volatile and many of them are going through difficult times.

As Altcoin Sherpa told his Twitter followers, he is confident that the Waves cryptocurrency will lose approximately 30% of its current value. The expert had no doubt that the price of the asset would drop to $20 from the current $29.4. In addition, the analyst expressed the opinion that the APE token will also lose significantly in the coming months. According to the expert, the ApeCoin rate will fall to $9.5. Thus, it will lose approximately 20% of the current value.

Altcoin Sherpa noted that this level is one of the key ones. He also recommended buying cryptocurrency if the APE rate reaches $8. The specialist assured that this is the lowest limit that he saw on the chart.

Among other things, the expert assured readers that the Zilliqa (ZIL) project should be closely monitored. Most recently, it quickly broke into the top 100 cryptocurrencies by market capitalization, adding about 375% in value. However, according to the analyst, the rapid growth from $0.06 to $0.21 will end with a correction to $0.11 in the near future.

Earlier, the editors of Crypto.ru reported that several cryptocurrencies showed significant growth in value last week. STEPN took the lead with a total market supply of $1.46 billion. It rose to $2.43 or 181.54% in a week. Zilliqa was also among the best, with +47%.