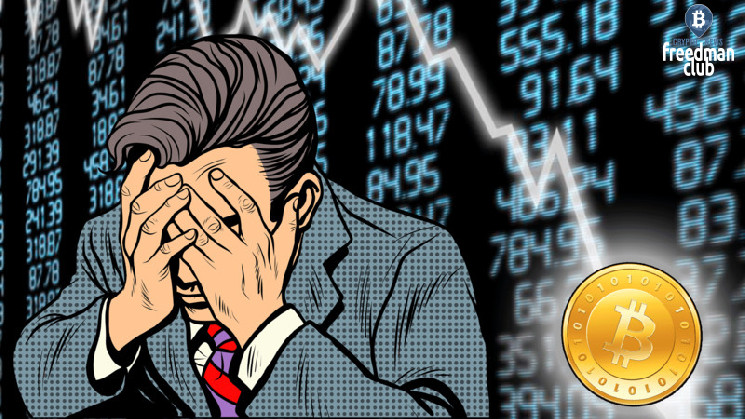 Over the past day, the price of the main cryptocurrency has fallen by a little more than 5%.

The price of bitcoin is now influenced by the state of the US economy and expectations of the publication of data on consumer price growth in March.

In February, this indicator was at the level of 7.9% – a record value for the United States in 40 years. In March, a correction in consumer price growth is expected, although inflation will remain at a high level – this is facilitated by the increase in fuel prices caused by the global crisis.

Crypto investors expect the growth of the bitcoin rate and prefer to freeze now: this is evidenced by the ongoing trend to withdraw bitcoins from crypto exchanges to third-party personal wallets where they are stored. This helps to maintain the bitcoin rate at the current level, preventing it from sinking heavily (lack of supply on the exchanges).

On the other hand, the success of American regulators in the fight against inflation is still unclear, and this limits the demand for such an instrument for hedging inflationary risks as bitcoin. Thus, bitcoin was caught in a vice between hodlers and a lack of cash flow due to the uncertainty associated with the inflation rate.

Over the past 24 hours, the news about the arrest of the servers of the darknet resource Hydra, the confiscation of 540 bitcoins and sanctions against the Garantex crypto exchange could have had a negative effect. The confiscations themselves are not so significant for the entire crypto market, but these events confirm the general trend – the intensification of the struggle of the world financial authorities with little-controlled financial flows. According to Chainalysis, Hydra was an important global player in the forbidden financial services industry, and its closure would have far-reaching consequences for the entire cryptocurrency ecosystem. It is impossible to exclude the influence of these events on the current bitcoin rate.

The breakdown of the downward movement will take place when it fixes above $46,000.