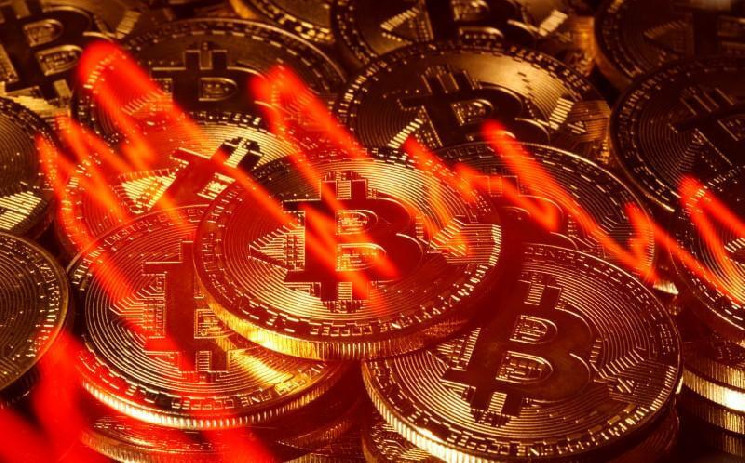 The number of traders with liquidations exceeded 100,000 and the total losses exceeded $400 million as bitcoin fell to its lowest price position since March 25. Most altcoins are currently in even worse shape.

The cryptocurrency market performed well at the end of March when BTC surged above $48,000 to hit a three-month high. However, April got off to a rather sluggish start, and bitcoin began to lose value, and today fell to $44,000.

On Bitstamp, the asset fell even lower to $43,800, the lowest price level in more than a month.

As is often the case, alternative coins suffered even more significant losses in value. Ethereum fell to $3200, Binance Coin to $425 while Solana, Polkadot, Avalanche, MATIC, ATOM and LINK lost about 10% on a daily basis.

The largest liquidation order was noted on Okex and included nearly $5 million. 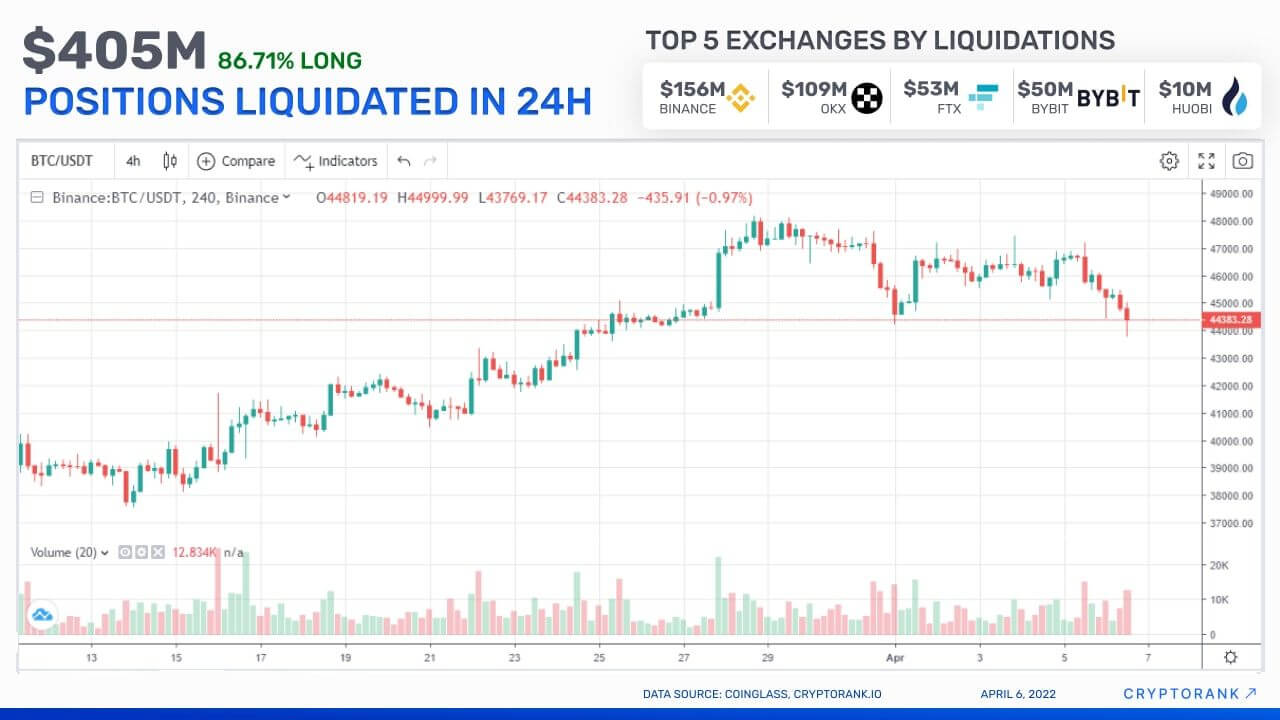