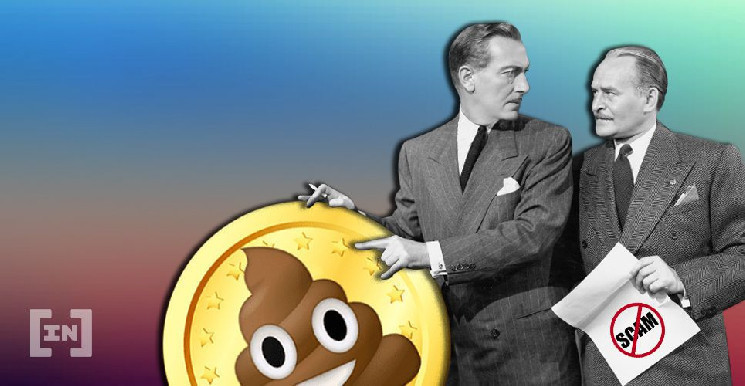 On Monday, April 4, several media outlets reported on the launch of a cryptocurrency from Sberbank called sbercoin (SBER). At the same time, some publications referred to the SBER token, which has actually been listed on CoinMarketCap since March 17, 2022.

Business Insider journalists were among the first to report on the launch of sbercoin. In particular, the publication referred to the SBER token on the CoinMarketCap website. The project description contains the official website of the coin – sbercoin.finance. However, there is not a word on the site itself about the connection between Sberbank and the token. The Russian bank also did not comment on the news about the token.

At the time of writing, the sbercoin website claims that the project provides passive income services at 383.025% per annum, but it does not explain in any way how the rate is formed. It is noteworthy that the site offers to monitor the price of the token on an aggregator site called PooCoin, which means “shit coin” in translation.

In addition, the “auditor” of the project built on the basis of BNB Chain (formerly Binance Smart Chain) is a certain company TechAudit. In his portfolio, the “auditor” indicated the verification of smart contracts like Koala and Cheecoin. The same smart contracts were “audited” by Tech Rate, which issued dozens of audits per day, and also approved the quality standards of the MetaSwap fraudulent project.

Shortly after users began to massively report signs of a scam, the price of SBER collapsed from a high of $0.00021 by 50%. However, at the time of writing, the token was still up 200%.