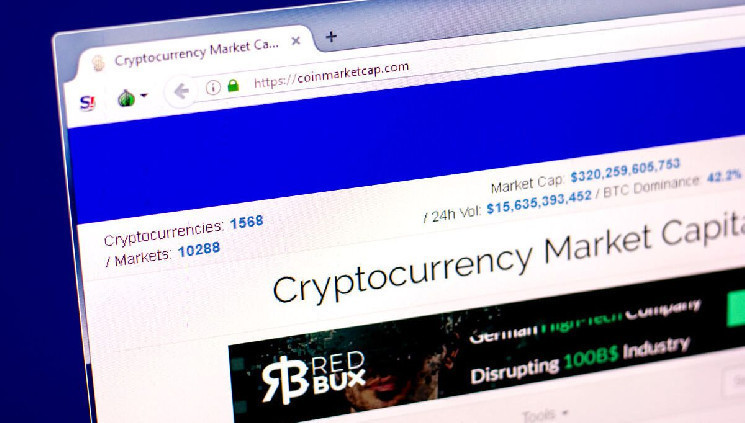 In an attempt to deceive users, scammers hacked into the CrypTown social network of CoinMarketCap, a major cryptocurrency market data provider, and published links to a fake token sale.

Based on user screenshots, a verified CoinMarketCap account owned by Binance has spread the word about the crypto data aggregator token pre-sale. 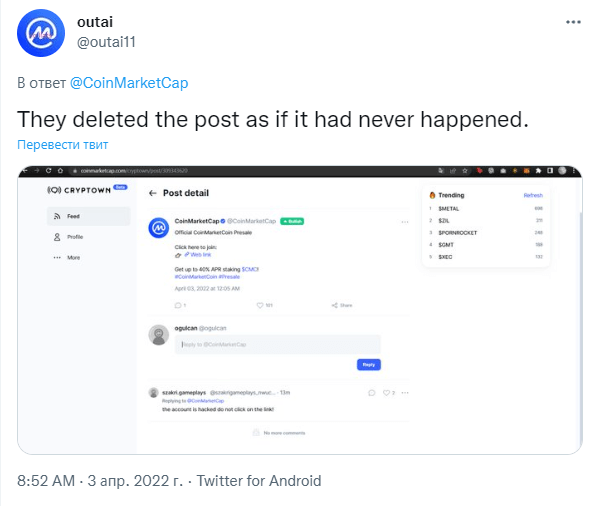 In this regard, the CoinMarketCap team warned users against participating in the sale, emphasizing that they never ask for money, private keys, or any other personal information.

Meanwhile, technical analysts claim that it was not difficult for an experienced cryptocurrency user to identify this scam.

It is unlikely that such a large company would conduct a sale without a smart contract and connecting a wallet on the website.

This year has seen an increase in crime using cryptocurrencies, as evidenced by the number and size of recent hacks. Last week, the Ronin Network was hacked, during which cybercriminals stole a record $600 million.