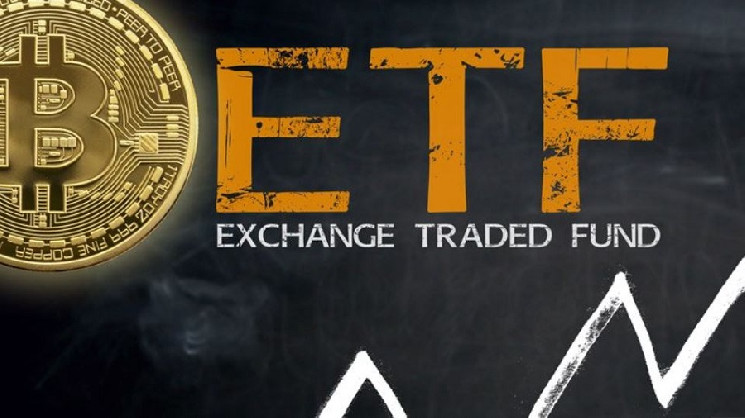 Canadian ETFs on bitcoin recorded a record inflow of funds

Bitcoin ETFs in Canada have increased their capitalization by 9.5% since January 22, reaching 69,052 BTC.

Glassnode analysts report in their weekly report that bitcoin direct traded exchange-traded funds have become the most interesting tool for crypto investors. Thus, over the same period, the capitalization of the Purpose Bitcoin ETF trust increased by 18.7% and reached 35,000 BTC. 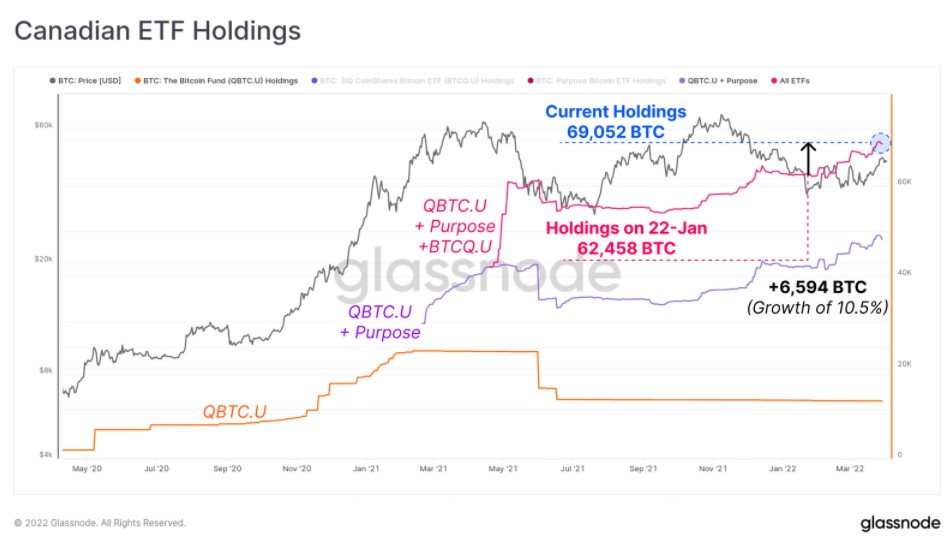 However, since the beginning of the year, clients of centralized cryptocurrency exchanges have gradually increased capital outflows. The indicator reached 96,200 BTC per month.

“It is quite impressive that such a massive outflow of direct savings in bitcoins from cryptocurrency exchanges. And vice versa, inflows into products such as ETFs, decentralized finance applications, and simple savings wallets. And this is despite the numerous macroeconomic and geopolitical problems of recent months,” the authors of the report complain.

Glassnode analysts noted that in mid-March, the accumulation phase of bitcoins by large investors began again. So, investors holding from 0 to 100 BTC in their wallets increased their reserves 1.7 times faster than miners mined bitcoins. For example, Terraform Labs plans to increase BTC holdings on its wallets to $10 billion.

It should be noted that in the US market there is an increase in interest in cryptocurrency investment products. The week before last, inflows into such trusts hit a three-month high.