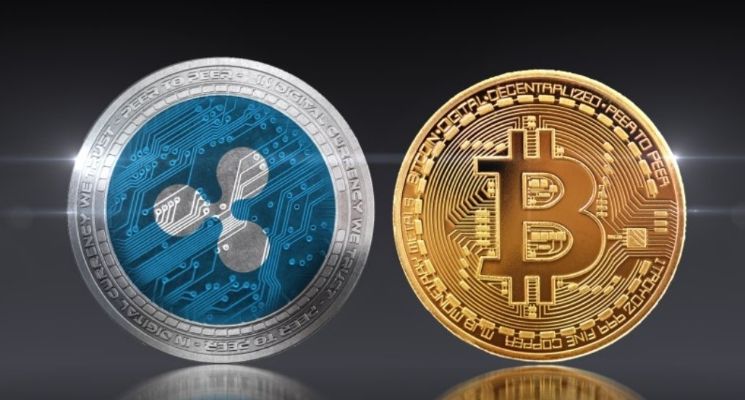 Bitcoin is not the future of money, but XRP could be!

This is the title of an article written by The Motley Fool Canada and later published in Yahoo.finance. There is nothing new in the article for us, but the fact that such a large organization does not believe in the ability of Bitcoin to become the new future of money, but considers XRP as this, is certainly worth noting.

The author claims from the first lines that “at the moment it is clear that bitcoin “This is not the future of money.” This doesn’t say anything bad about bitcoin. The coin has played a vital role in the development of the crypto ecosystem as a whole and has served early investors well. Of course, it can be used as a viable payment method in many companies around the world.

But as far as the future of money is concerned, this debate is largely settled. Cryptocurrency generally, of course, is being used more and more to secure transactions. But if we look at the list of cryptocurrencies with the highest number of transactions, Bitcoin does not even make it into the top three. In general, it seems that cryptocurrencies backed by institutional payment networks are used more in the real world than Bitcoin. This article looks at one of those cryptocurrencies that is rapidly being accepted by many banks around the world.

XRP is a cryptocurrency, the blockchain of which is being quickly implemented by many banks in the world. Leading bank Canada has already started using it, as have banks in Israel and Australia. Banks adopting XRP say the blockchain’s high speed gives it an advantage in processing global payments. Compared to other cryptocurrencies, XRP offers many more transactions per second. It is already the second most popular blockchain in terms of daily transactions and could become even more popular as more banks start using it.

Secondly, XRP enjoys active developer support. Ripple Labs is always doing something to support XRP, such as recruiting vendors to accept the token and use RippleNet for cross-border payments. The RippleNet website states that the network uses the XRP token to obtain liquidity, so when banks make fiat transactions, the XRP token is used on the backend.

Finally, thirdly, XRP is now very popular. The SEC is suing Ripple Labs and many believe it is winning. News coverage of the Ripple lawsuit has largely revolved around the SEC statements that undermined its own case, along with the procedural victories that Ripple Labs has achieved. Such favorable coverage helps improve Ripple’s image as a “winner” and may generate more interest from major financial institutions.

As we have seen, the Ripple network has many advantages that have made it one of the most popular cryptocurrencies for transactions. In terms of actual usage, it has already surpassed Bitcoin. It remains to be seen if this will lead to profits for XRP. But given that the Ripple network uses XRP, this seems at least possible.