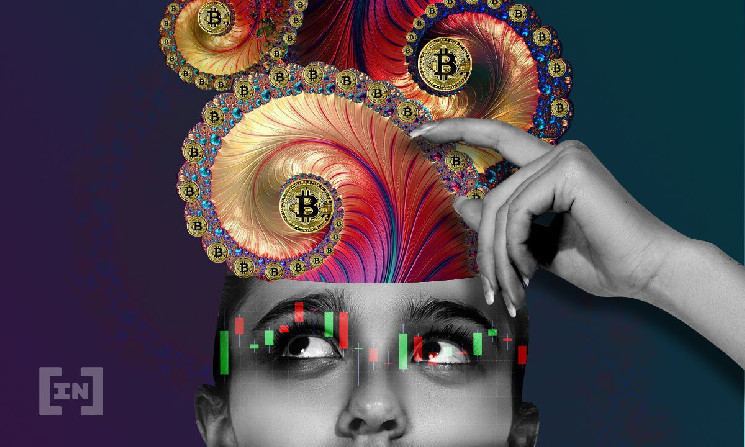 Bitcoin (BTC) made its seventh attempt to break through resistance

Bitcoin (BTC) rebounded from an important horizontal level and made another attempt to break through the line of short-term downward resistance.

Since January 24, Bitcoin has been growing inside an ascending parallel channel. On January 27, BTC broke above the midline of this channel and broke through the $44,800 horizontal area.

Subsequently, the market returned to this area and tested it as support, first on April 1 (green icon), and then on April 4. Each time, a long lower wick appeared on the chart. This is considered a sign of buying pressure as sellers try to push the price down but fail. In addition, the daily closing price was higher than the opening price, which led to the formation of a bullish candle.

If BTC continues to rise, the next immediate resistance will come into play at $51,000. This is the Fibo 0.5 retracement level, as well as the channel resistance line.

The MACD and RSI are showing some signs of weakness as they start to decline, but they are still solidly in the green. 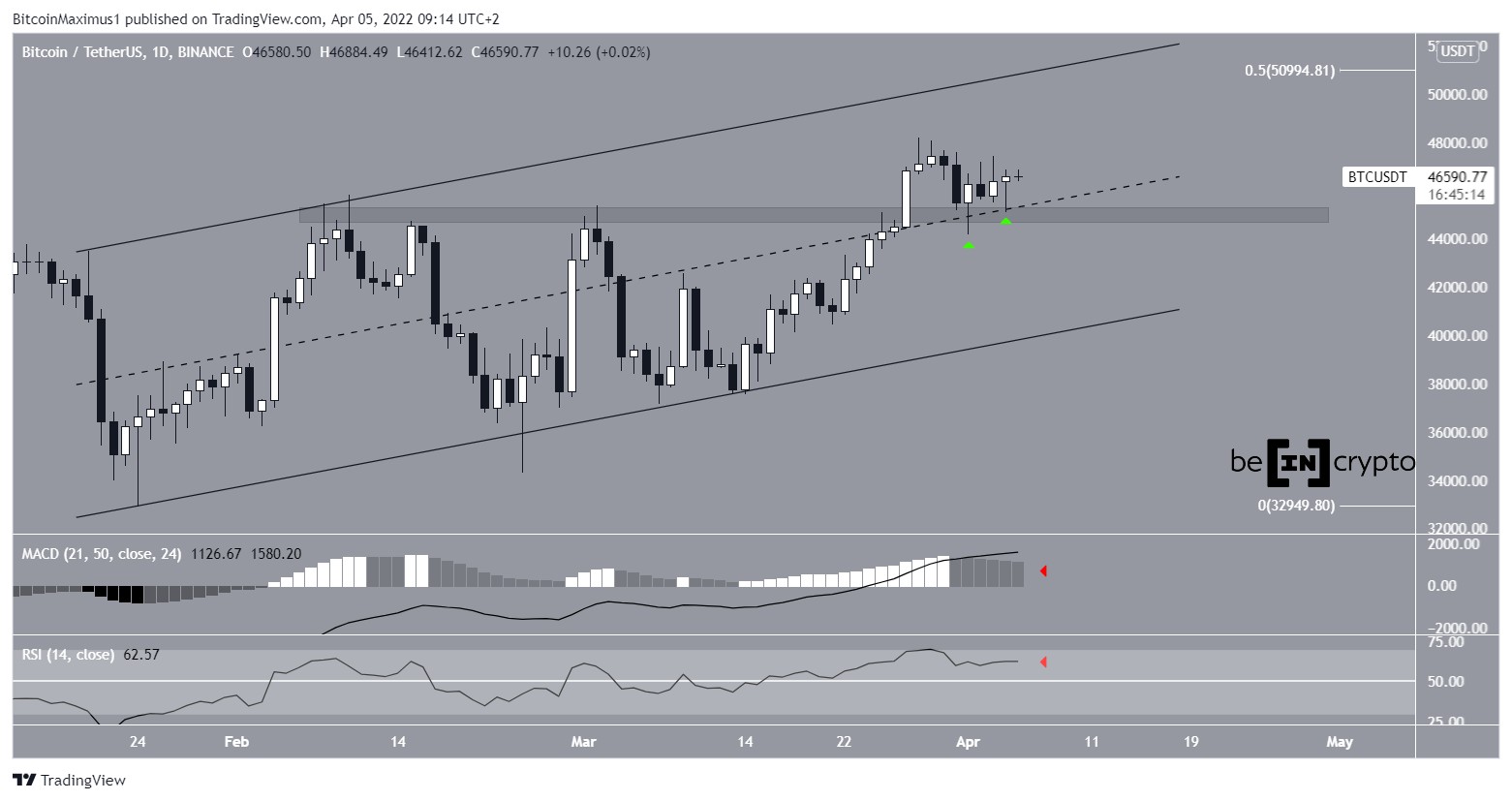 On the 2-hour chart, BTC has been moving along a descending resistance line since March 28. The price has already attempted to storm this line six times (red icons), and now it is trying to make a bullish breakout of it for the seventh time.

With each new touch, the resistance becomes weaker. Together with bullish signals on the daily chart, this gives us reason to believe that the most likely scenario is an eventual bullish breakout of this level. 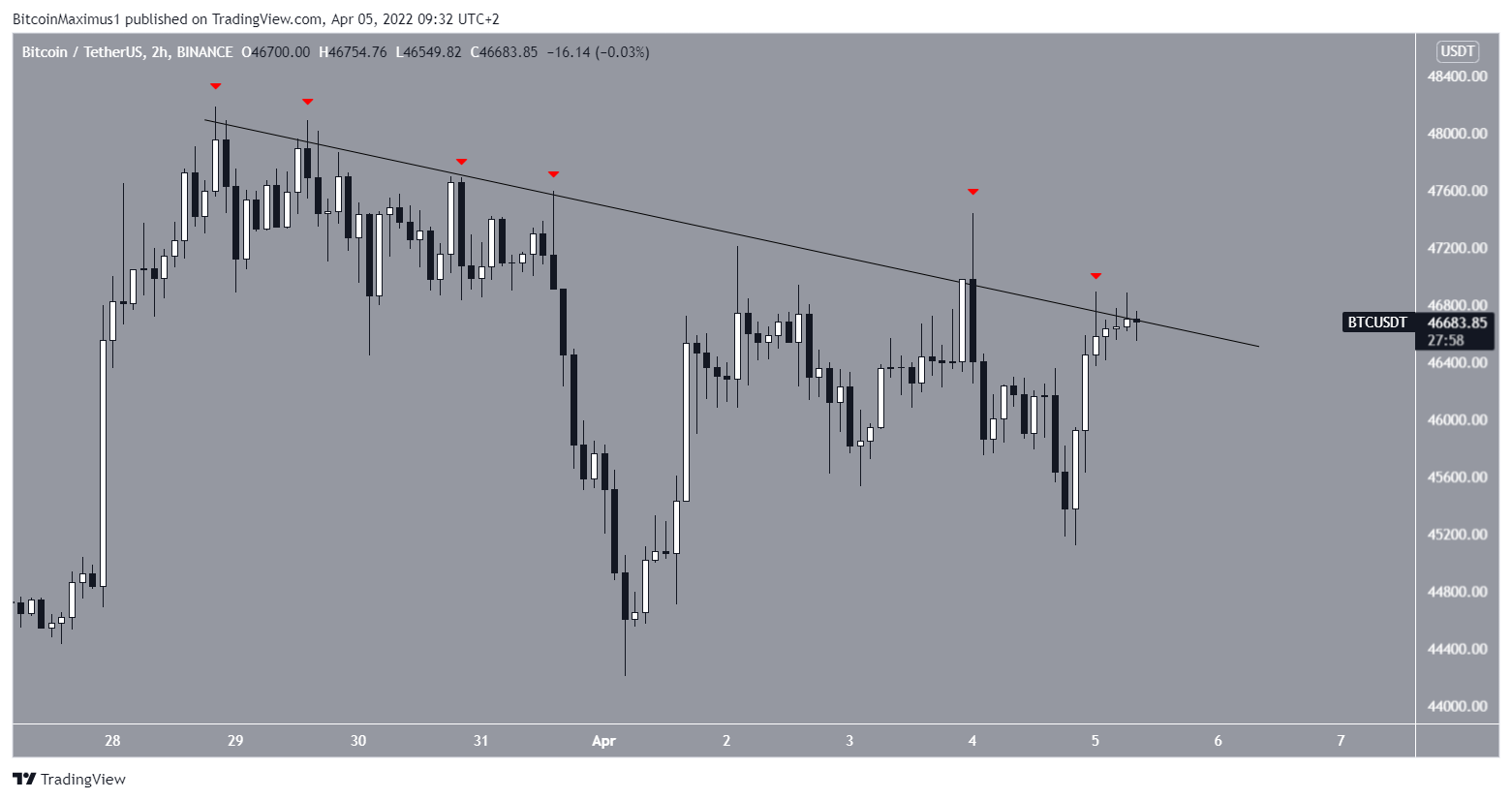 The probable target and top of this move could be the $50,700 area. This would give us a 1:1 ratio of A:C waves (black), which is typical for such structures. In addition, this is the Fibo level 1.61 of the external correction of wave 4 (white color). And finally, the high at $50,700 will be very close to the resistance area we identified earlier at the beginning of the analysis.

The combination of these factors makes this area a very likely target for the formation of local highs for BTC. 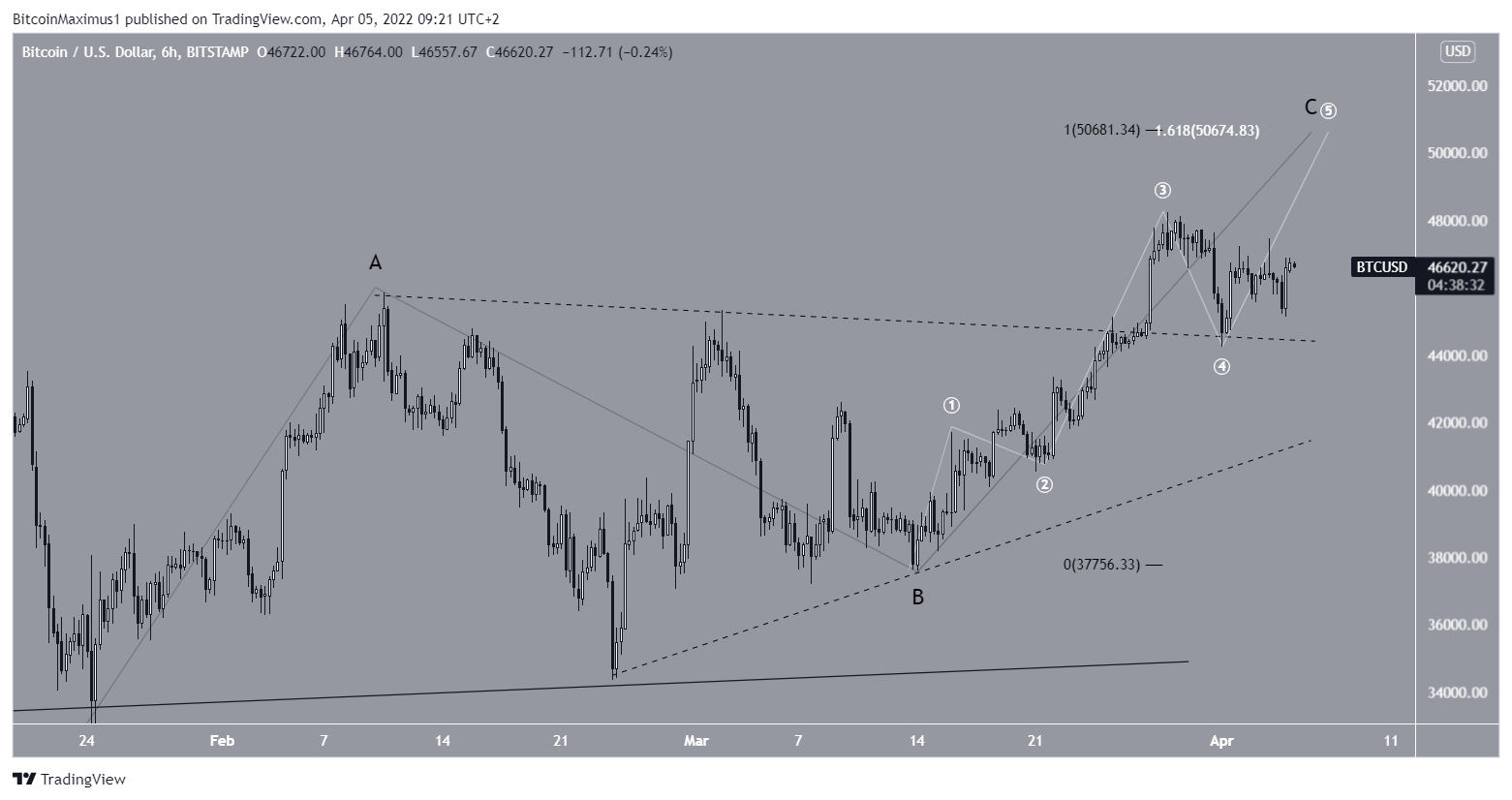 On the 2-hour chart, you can see a more approximate sub-wave analysis (red color). According to its results, Bitcoin is now in a minor sub-wave 3. Absorption of yesterday’s low at $45,214 will neutralize this scenario. 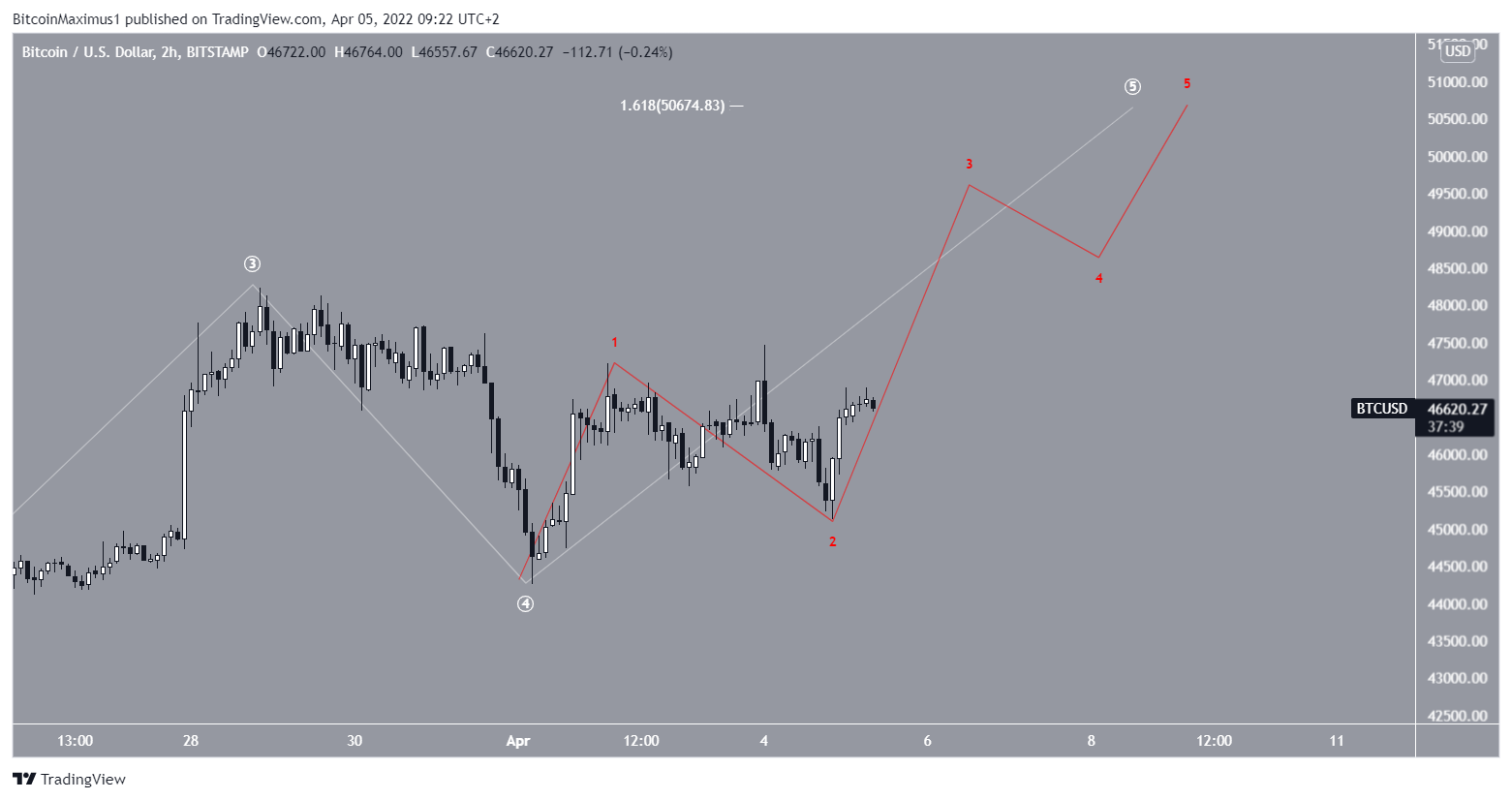