The investigation asked to arrest 4 thousand ETH, which lie on the crypto wallets of the alleged swindler 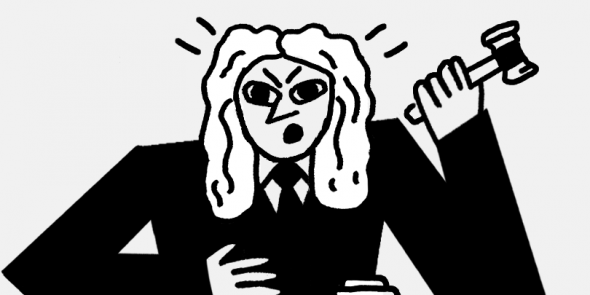 The district court in St. Petersburg allowed the seizure of the stolen cryptocurrency, the joint press service of the city courts reported. The investigation asked to seize 24 crypto wallets of the suspect, which contain 4 thousand Ethereum worth about 1 billion rubles.

According to the case file, in 2017 the victim purchased 7 thousand ETH, at that time they were estimated at 3.3 million rubles. The alleged perpetrator hacked into the victim’s wallet and transferred the funds to himself. The victim turned to the police, where a criminal case was opened under articles on illegal access to computer information and theft on an especially large scale.

The court considered it acceptable to designate cryptocurrency as other property. Investigators received permission to seize the suspect’s crypto wallets containing 4,000 ETH. It is assumed that the suspect has already spent the remaining cryptocurrency.

The message of the press service of the courts of St. Petersburg was signed “we are creating a practice.” However, according to Yury Brisov, a member of the Commission for the Legal Support of the Digital Economy of the Moscow Branch of the Russian Bar Association, the St. Petersburg Court did not create a precedent, since “this decision is not new in principle.”

The first decision in this direction is the Tsarkov case, where the property was essentially also arrested due to bankruptcy, Brisov recalled. In August 2018, the Moscow Arbitration Court completed the bankruptcy case of Ilya Tsarkov, in which the cryptocurrency owned by the bankrupt was recognized as property for the first time in judicial practice.

Then a special law 259-FZ appeared, which directly allowed the collection of cryptocurrency, the lawyer claims. According to him, cryptocurrencies have been in the law for two years already, but they are called digital currencies there.

“Foreign courts have been successfully arresting crypto wallets and confiscating illegal currency for several years. Therefore, it is good, of course, that the St. Petersburg court also came to this, but such a decision is far from revolutionary either for the developed world, or even for Russia, ”Brisov emphasized.

The practice of foreclosure on crypto assets located on centralized cryptocurrency exchanges has existed in Moscow for about a year, such decisions, although rare, do take place, added Moscow Digital School teacher Georgy Rakhaev. According to the text of the document, it is not very clear how exactly the arrest of cryptocurrency assets took place: if we are talking about the seizure and arrest of a physical carrier of cold storage of keys, then this is indeed an almost unique solution for Russia today, the specialist emphasized. If we are talking about the arrest of funds at exchange hot addresses, then this practice has been developing in Moscow and the Moscow region for a year now.

Rakhaev also pointed out a number of contradictions within the described judicial act: