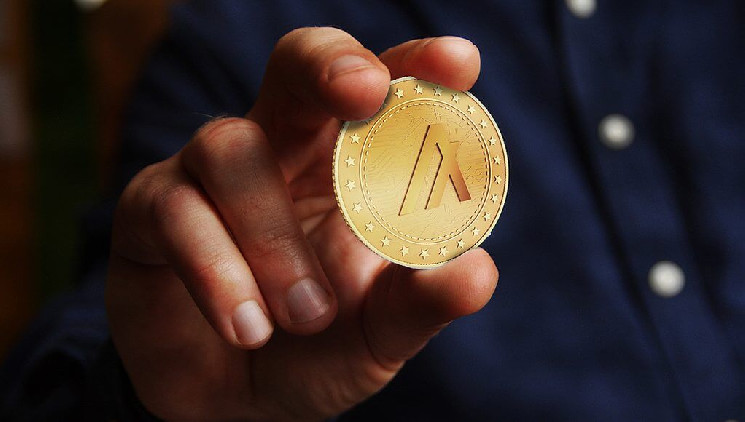 The price of Algorand is poised for a recovery, leading analysts to set a target for the altcoin at $1. The partnership with the British racing team appears to have spurred optimism.

Algorand price crossed $1 during the recent upside rally, then ALGO pulled back to $0.88. However, it is believed that this is a healthy correction, and the altcoin may begin to recover in the very near future.

Blocsport.one AG is engaged in NFT collecting, as well as cryptocurrency transfers and tokenization. Envision Racing is a British racing team.

The collaboration will see the release of eight unique limited-edition NFTs from different racing venues.

Crypto analyst @Engineeringhere has been watching Algorand’s price chart and found the best entry point below $1 at the current price of $0.88.

Another analyst identified a falling wedge pattern on Algorand’s daily price chart, which is considered a bullish formation. In accordance with it, the goals for the growth of the token are $ 0.92, 1 and $ 1.7. 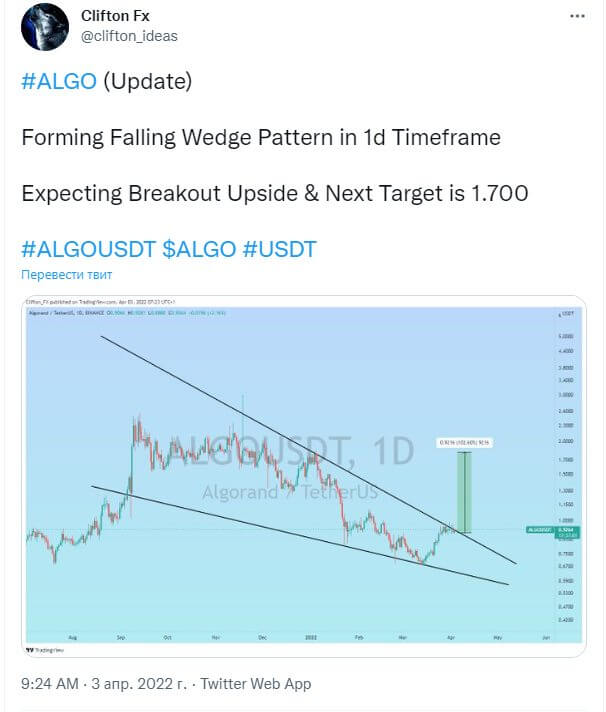