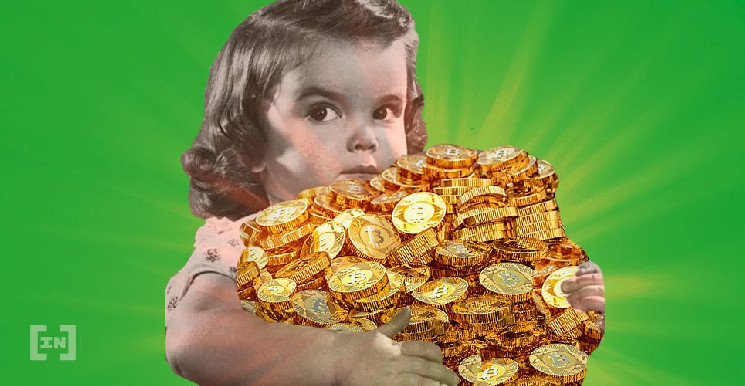 what will be the month for btc

The editors of BeInCrypto decided to find out what April 2022 could be like for Bitcoin (BTC). To do this, we analyzed the behavior of the cryptocurrency and studied the forecasts of members of the crypto community 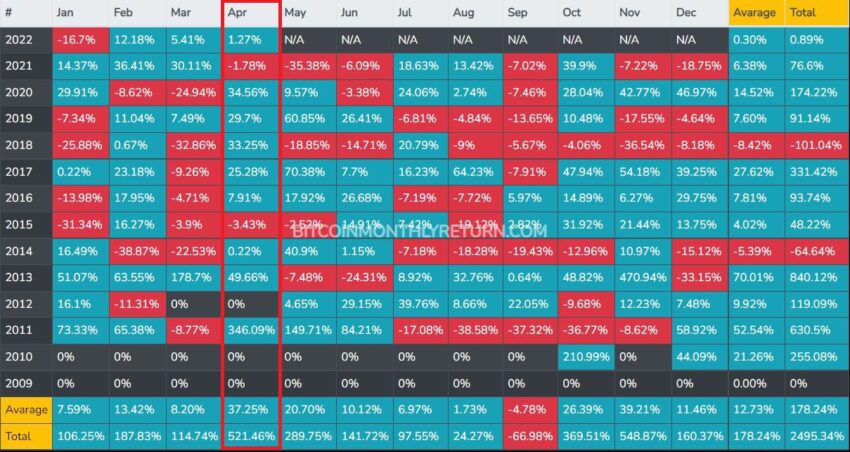 To understand the prospects for bitcoin in April 2022, you also need to pay attention to the peculiarities of the position of BTC regarding movement cycles tied to cryptocurrency halvings.

April for bitcoin, including halving

Halving – a 2-fold decrease in the speed of cryptocurrency mining. The process slows down the release of coins from the network. Halvings take place in the bitcoin network about once every 4 years.

A decrease in the supply of BTC on the market amid the growing popularity of digital assets, as the history of bitcoin movement over the years shows, leads to an increase in its value. At the same time, the positive dynamics of the coin, during periods of market saturation, is interrupted by corrections. How has the price of bitcoin changed? Source: CoinDance

To understand whether Bitcoin has upside potential in April 2022, it is also worth considering the possibilities of its movement, in the context of an S2F forecasting model that takes into account the history of BTC behavior and the impact of halvings on cryptocurrency. Here’s what to look out for: 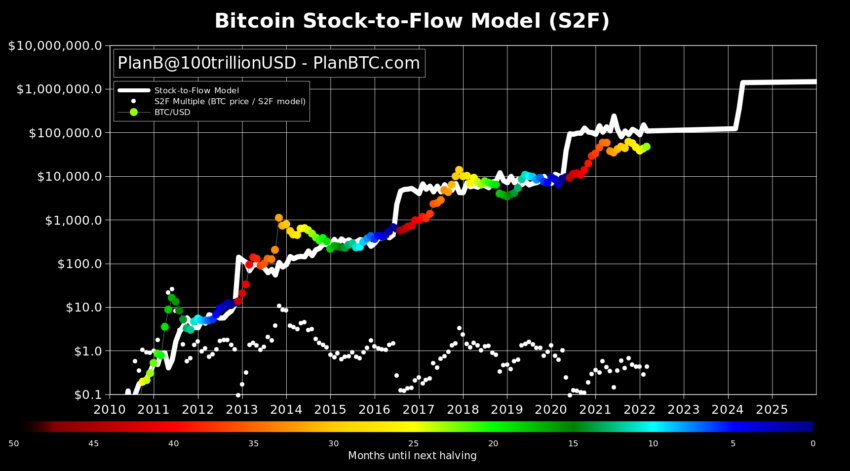 It turns out that if bitcoin moves according to the 2012 halving scenario, the cryptocurrency still has time to show growth, since April 2022 falls on the period from 690 to 720 days after the 2020 halving, despite the fact that in 2012 the peak was set only for 732 days.

In order to “keep within the schedule” of the 2012 scenario, bitcoin will need a significant newsbreak that can increase the interest of buyers in the coin. Otherwise, the efforts of market participants may not be enough to stop the BTC correction after the November 10, 2021 high is updated. In this scenario, Bitcoin, most likely, will be able to update the indicated peak only after the 2024 halving, which will probably provoke the beginning of a new phase of coin growth.

Countdown to the next bitcoin halving. Source: binance.com

It is worth noting that the achievement of the peak of 2014 was preceded by the active growth of bitcoin. In 2022, BTC enters a cycle of 690-720 days after the halving from a protracted flat trend, which was interrupted by a small upsurge. Therefore, we cannot say that the behavior of the coin in 2022 is in many ways similar to its movement in 2014.

At the same time, the behavior of bitcoin in the spring of 2022 is in many ways reminiscent of the movement of the cryptocurrency in 2018 – 690 – 720 years after the 2016 halving. During this period, as well as in the spring of 2022, the coin went into a protracted flat after updating the local maximum with a correction. Therefore, it can be assumed that in April of this year, Bitcoin will most likely repeat the 2016 halving scenario, which means that the BTC rate risks continuing to fall.

What else is worth paying attention to

Bitcoin’s growth cycle after the 2020 halving has been significantly adjusted due to the pressure on miners from China, which crypto industry participants began to feel in May 2021.

Many representatives of the Chinese crypto community were forced to disconnect their crypto-mining equipment from the network in order to move their business to another country. The mass migration of bitcoin miners against the backdrop of pressure from the Chinese authorities provoked a fall in the BTC rate.

It can be assumed that if the representatives of the Chinese crypto community did not face pressure from the authorities, the cryptocurrency would be able to set a maximum at higher levels.

Many crypto investors have noticed a significant outflow of BTC from crypto exchanges. The massive withdrawal of cryptocurrency may indicate that users are not ready to sell coins, which allows us to give a positive forecast for bitcoin. 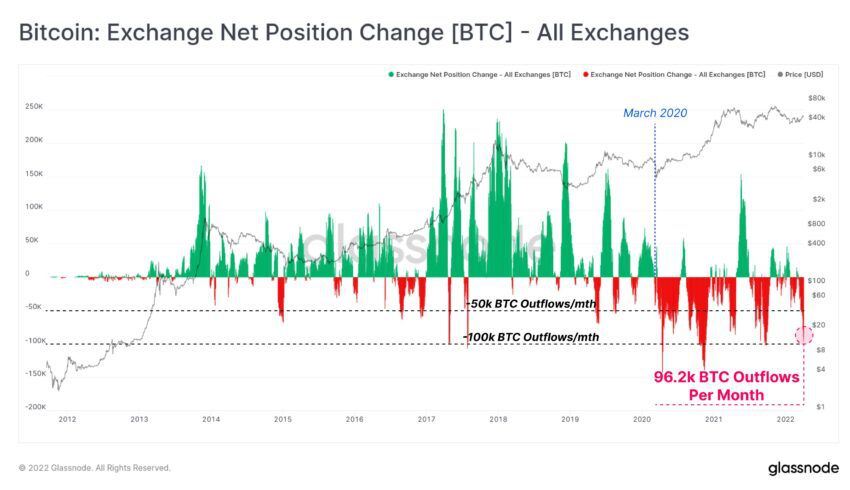 The outflow of bitcoins from crypto exchanges. Source: GlassNode

Also, in favor of the prospects for the growth of bitcoin in April, the breakout of the resistance line speaks. Analyst Lark Davis drew attention to the fact that BTC broke out of the flat. From the point of view of technical analysis, the transformation of the resistance line into support, from which the coin rate bounces, also allows you to give a positive forecast. 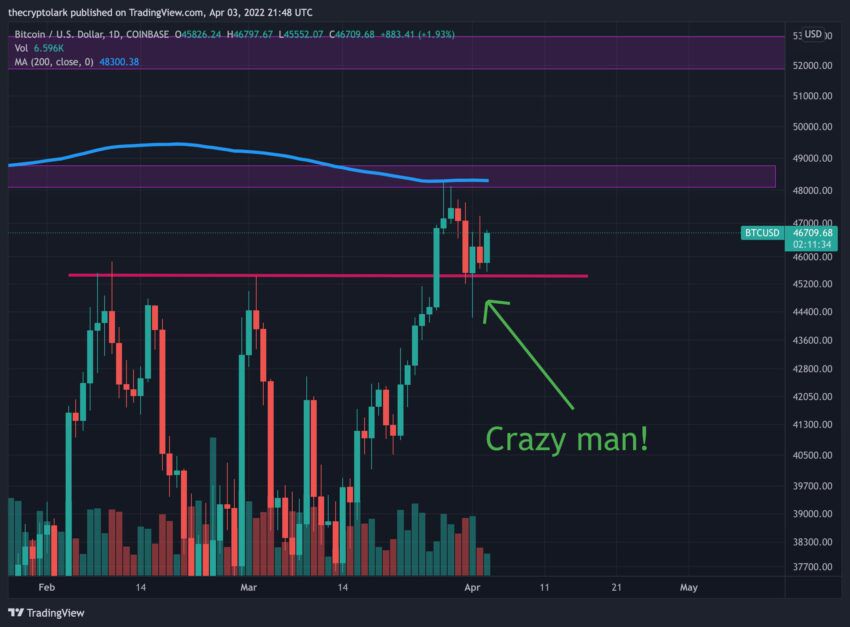 The analyst, who leads the microblog under the nickname IncomeSharks, also sees the prospects for the growth of bitcoin. In his opinion, another spurt could open up an opportunity for BTC to move towards $50,000. 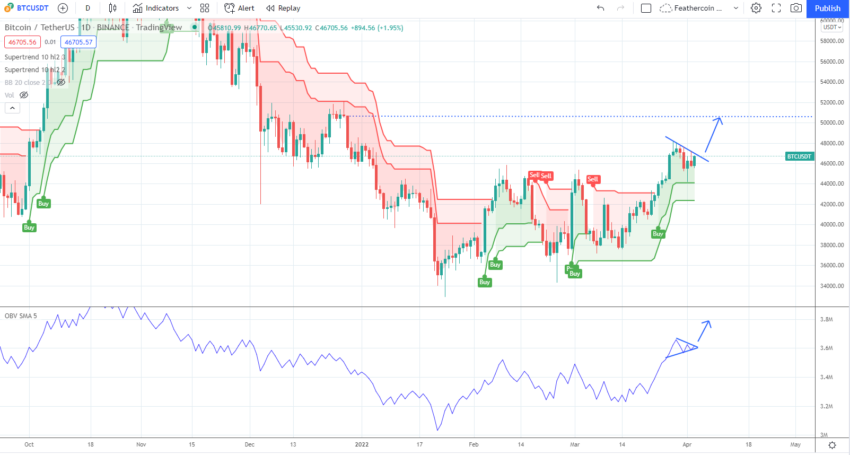 At the same time, market analysis showed that crypto investors are extremely cautious in their forecasts for bitcoin. Probably, many were disappointed by the failure of the popular PlanB forecast, according to which BTC should break through the $100k level by the end of 2021.

In the spring of 2022, bitcoin largely repeats the behavior of the cryptocurrency according to the 2016 halving scenario. By this logic, it can be assumed that April 2022, despite the history of the positive movement of BTC this month in previous years, could be a period of decline for the coin.

Many members of the crypto community see the prerequisites for the local growth of bitcoin. It is possible that within a month BTC will be able to demonstrate positive dynamics. At the same time, the coin is unlikely to complete April at a level that would be higher than the indicators recorded at the beginning of the month.