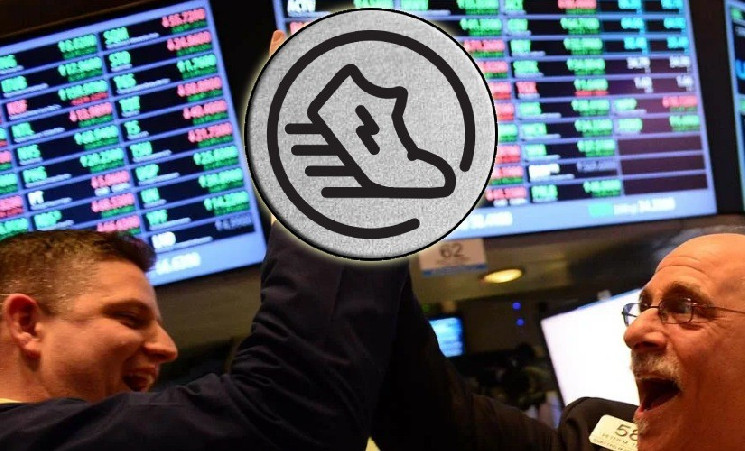 The most successful cryptocurrencies of the week from the top 100

Last week, between March 28 and April 4, 2022, several crypto assets delighted their investors by adding significantly in price. Immediately 3 virtual currencies rose in price by 50% or more, another 3 showed an increase in value by 40% or more.

The most successful crypto startup was STEPN, which quickly broke into the top 100 virtual currencies in terms of market capitalization. As of 10:00 am Moscow time, it ranks 75th on the list with $1.46 billion. The cost of one GMT token is $2.43, which is 181.54% more than a week ago. Thus, the digital currency has become almost 3 times more expensive over the past 7 days.

The Moonbeam project and its native GLMR token also made it to the Top 100 Cryptocurrency Startups for the first time. Now this asset occupies the 90th place in the ranking, with a total offer of $1.07 billion. The rate of the virtual currency is $5.18, which is 72.26% higher than a week ago.

Another cryptocurrency SKALE Network also debuted in the top 100. At the moment, the market capitalization of the digital currency is $913.34 billion. SKL is trading at $0.26, which is 51.9% more expensive than 7 days ago.

Earlier, the Crypto.ru editors reported that 3 virtual currencies associated with the NFT sector at once rose in price 2 or more times in a week from March 28 to April 3, 2022. These include such crypto projects as vEmpire DDAO, Alethea Artificial Liquid Intelligence Token and Biswap. Cryptocurrency VEMP reached the value of $0.19, which is 185.9% higher than the same indicator 7 days before.