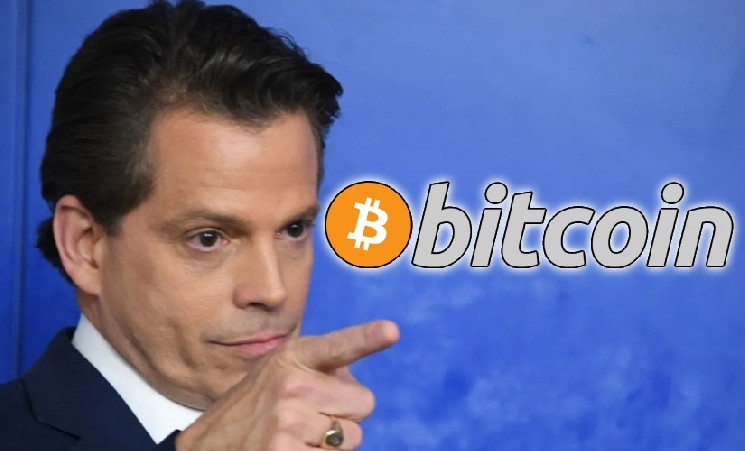 The head of SkyBridge Capital predicted the future rate of Bitcoin

Former Communications Director of the US White House Anthony Scaramucci gave another forecast regarding the future rate of the first Bitcoin cryptocurrency. The founder of the global investment company SkyBridge Capital once again expressed his confidence that the price of digital gold will rise significantly. He assured the public that the value of BTC will reach $100,000 in 2024.

According to him, a sharp increase in the number of new bitcoin wallets is a bullish indicator. This is what allowed him to assume that the BTC rate will turn out to be six-figure over the next 2 years. He noted that according to the analytical service Glassnode, there are about 245 million accounts in the world that store Bitcoin.

Anthony Scaramucci stressed that when his company first invested in BTC in October-November 2020, only 85 million vaults had been generated at that time. This figure has grown almost 3 times over the past 1.5 years. Such numbers are impressive. According to the expert, this suggests that the network is growing very quickly, and the global adoption of cryptocurrency as a legal tender is just around the corner.

In his opinion, the public trusts digital currencies more and more, and the growth in the number of user wallets clearly indicates this. In addition, over the past year, the number of transactions carried out on the network has also increased significantly.

Earlier, the editors of Crypto.ru reported that Craig Wright, who has repeatedly stated that he is the real Satoshi Nakamoto, threatened to bring down the rate of digital gold. The entrepreneur assured the public that he plans to sell his assets. He owns 1.1 million Bitcoin worth more than $50 billion. Analysts assured that if the programmer sells all his coins, this will seriously affect the value of the flagship cryptocurrency.